D-2 is the second mixtape of Agust D (also known as Min Yoongi or BTS’s SUGA) with its lead track Daechwita. It was released on May 22 last year, and despite being released for free on digital format without prior publicity, D-2 and Daechwita dominated every streaming and chart platform. 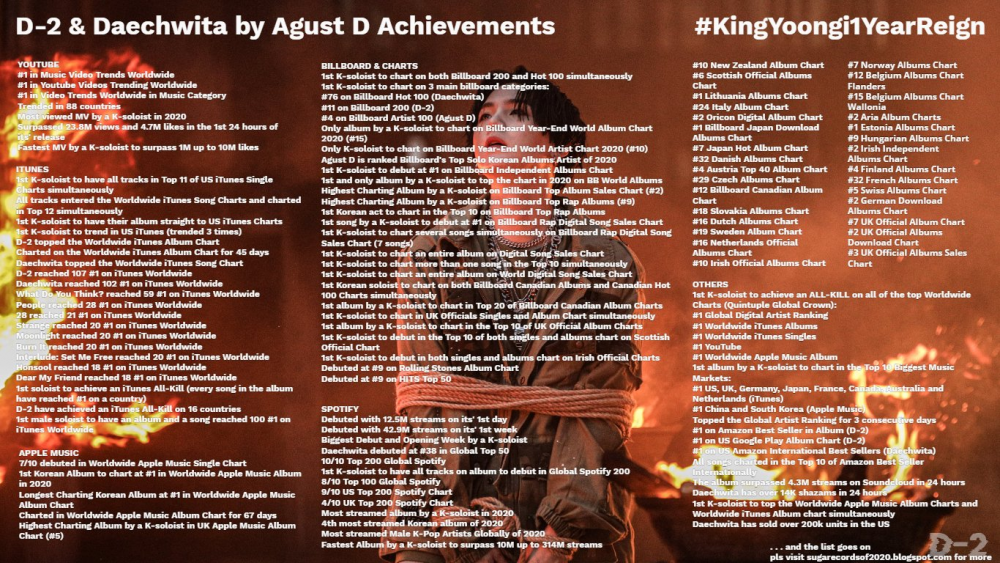 Daechwita sampling traditional marching music and adding a historical setting to the music video gained a lot of recognition and praise. 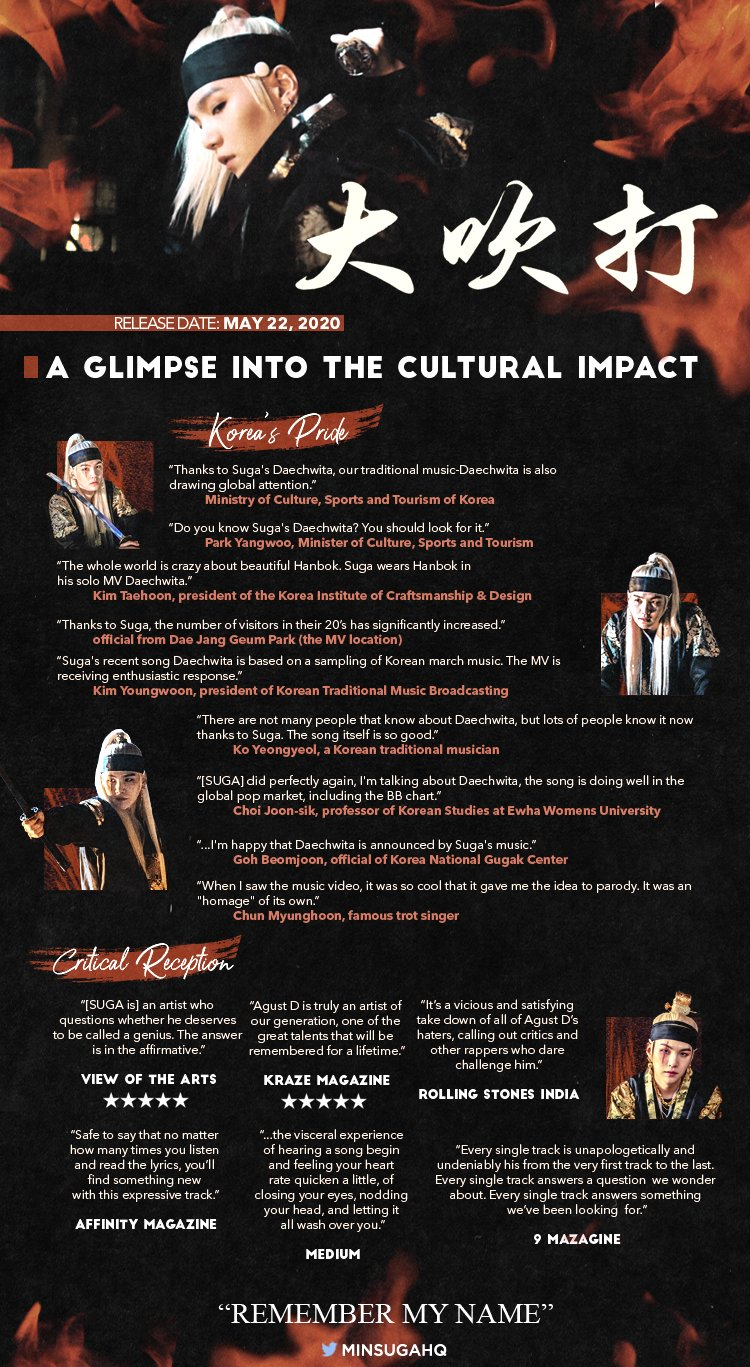 This shows his ability and popularity as a soloist and proved that SUGA is successful both as a member of BTS and as a solo artist.