ARMY’s from all over the world made an older photo of BTS’s RM go viral, where you can see the whole boyfriend material he is. He uploaded the original photo on October 25 of 2019, the last day of the Love yourself: Speak yourself tour concert in Seoul. Actually, that was the last concert that fans attended in person due to COVID-19. 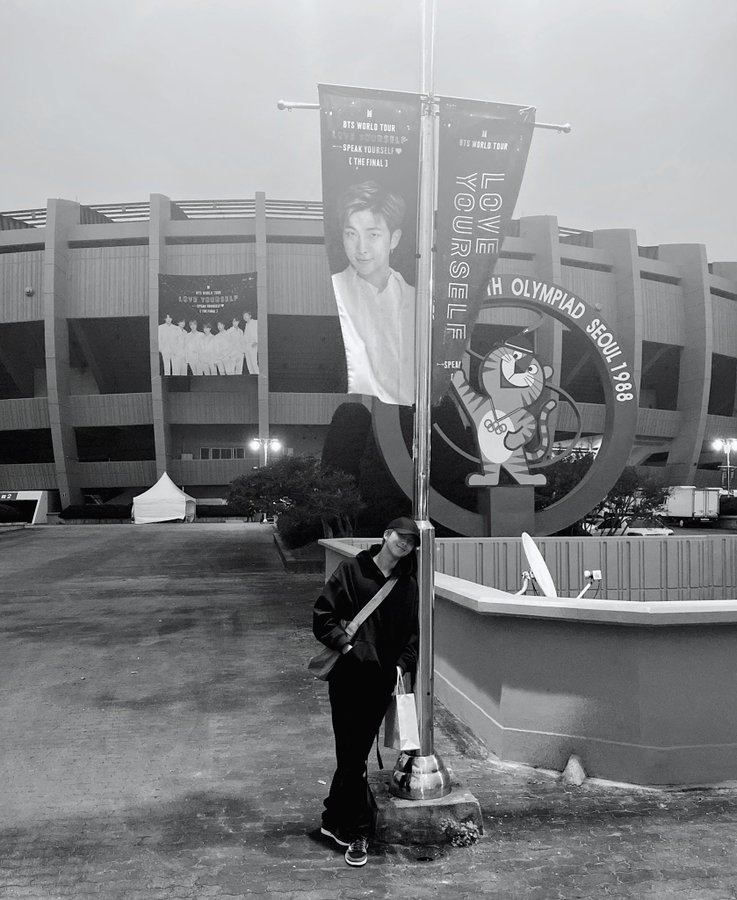 It is well known that RM has such a beautiful soul and a sweet personality, ARMY couldn’t help making some beautiful POVs around this picture.

And of course, there were some memes…

But this is not the first time RM makes ARMY’s heart flutter. He always shares beautiful photos of him going for a stroll or at museums that perfectly show his “boyfriend material.”

And let’s not forget about his precious selcas.

Just look at those dimples… Can we just agree that he is boyfriend goals?