The best thing we can do in our little time on earth is to leave it a little better than when we found it. You do not have to change the entire world but you can make your tiny corner of the world a little brighter.

Nothing captures this philosophy better than The Starfish Story. In the story, an old man always goes to the ocean to write.

He made it a habit to walk along the shore early in the morning each day before he writes. One day, he went to the ocean right after a storm.

He saw a lot of starfish scattered across the shore. He saw a little kid walking from a distance and every now and then, the kid paused to pick something up and threw it in the ocean.

As the kid approached closer, the old man asked him what he was doing. The kid replied he was throwing the starfish back into the ocean.

The boy explained that they can’t return to the ocean by themselves. He said if he doesn’t throw them back in, they will die once the sun comes up.

The old man remarked that there were too many starfish and that what the little boy was doing wouldn’t make a lot of difference. The kid picked up another starfish, threw it in the ocean, and looked at the old man while smiling then said, “It made a difference to that one!”

You may not change the life of everyone but you can surely make one person’s life better. In the same vein, we may not be able to rescue every animal that needs help, but we can give at least one of them a good life.

This kind of positive impact was perfectly captured by some loving pet owners when they shared photos of their pups and kittens before and after they adopted them. Take a look at the photos below and see how happy they are!

1. Such a good looking and well-groomed dog! 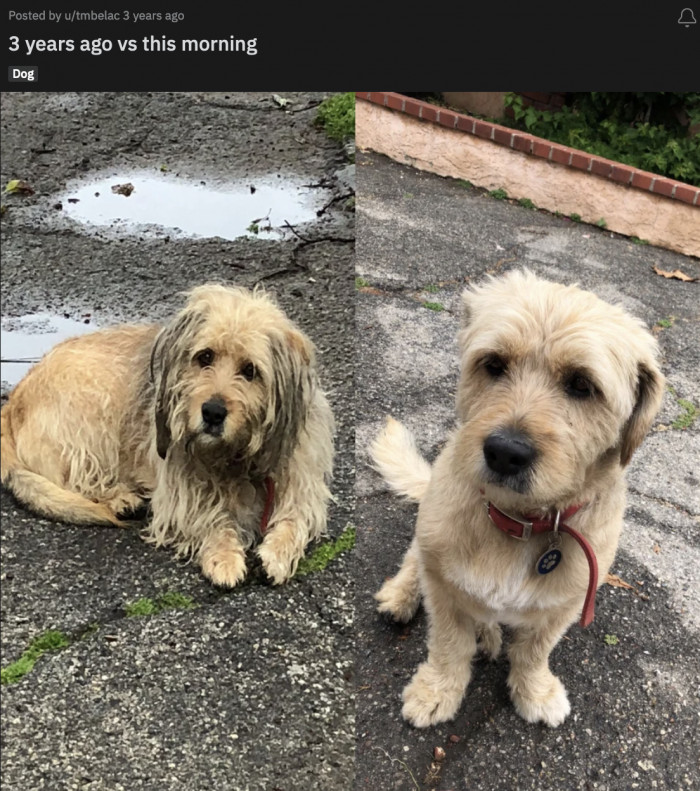 2. It was just a month ago when this kitten was found abandoned in a forklift but she looks healthier already

One month ago, I found this baby in the wheel of my forklift at work. Now she lives at home with me. Meet Emmy (6 weeks Vs 10 weeks) 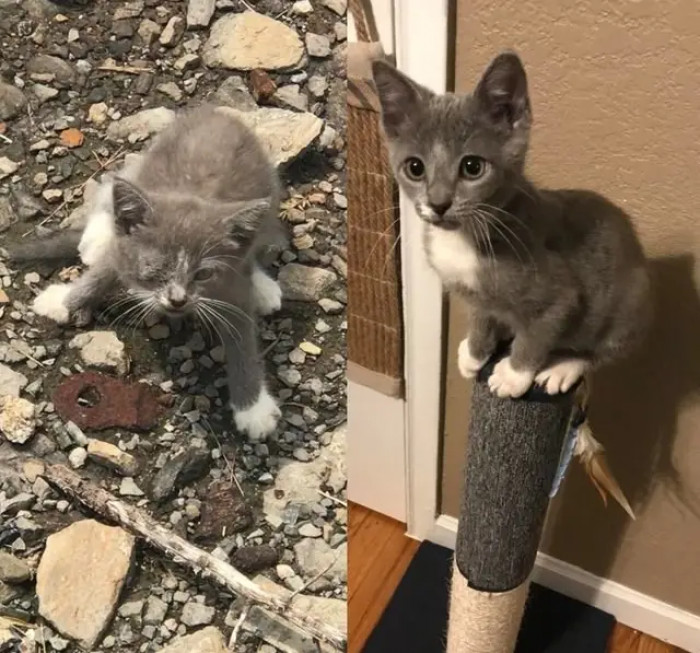 3. It was love at first sight when this dog emerged from the dark kennel to approach his human. Now he is the family’s favorite cuddle-bug. 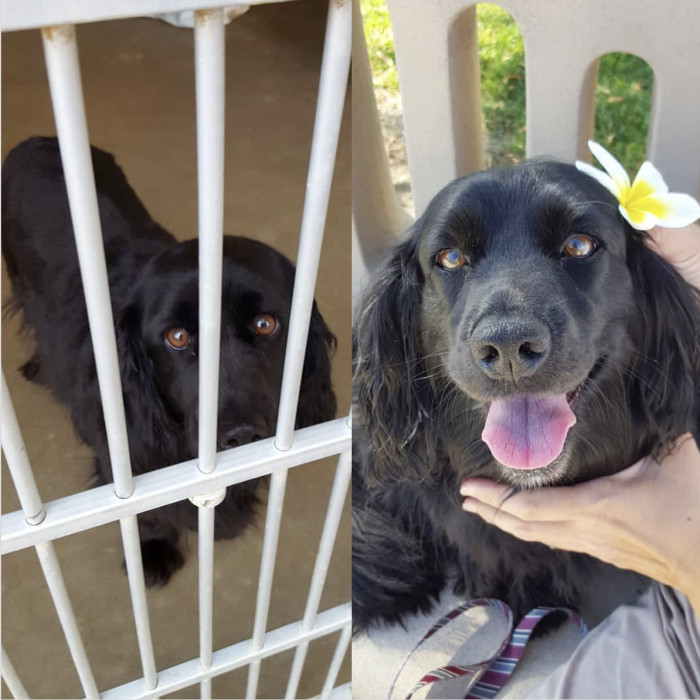 4. The prettiest and most spoiled kitty cats!

5. It’s never too late because this dog’s sunset years will be the best 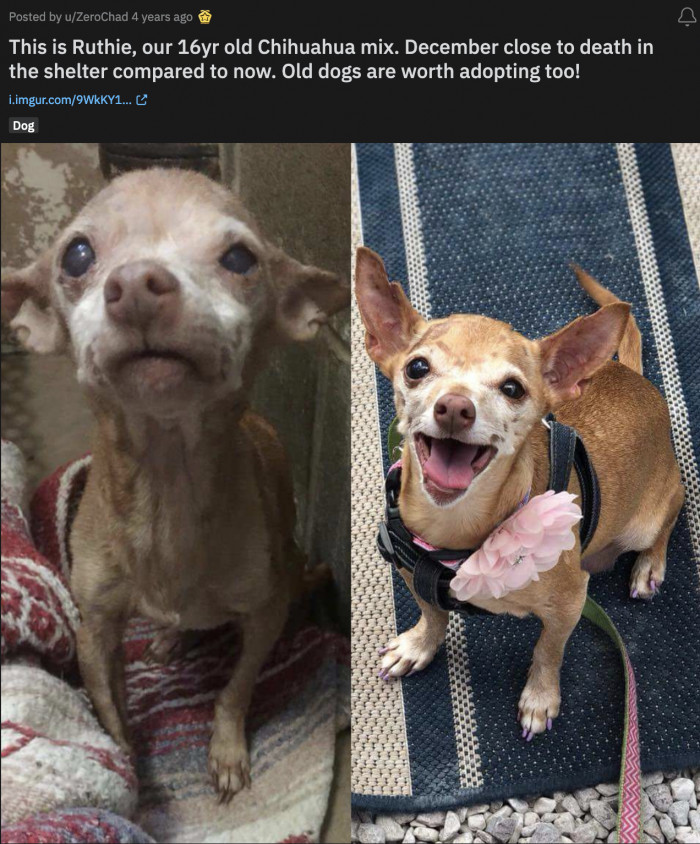 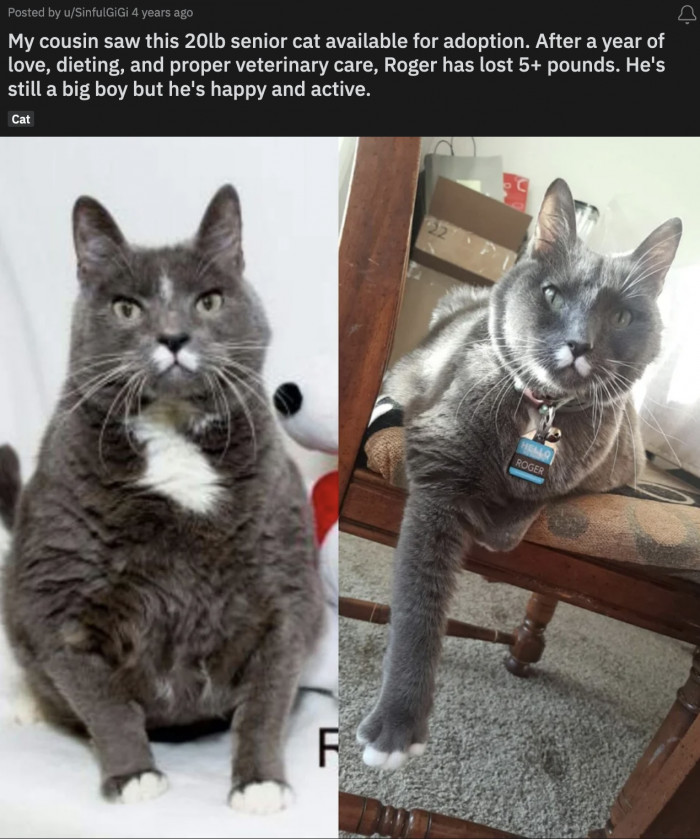 7. Those wedding bells better mean she’s getting a lot of treats 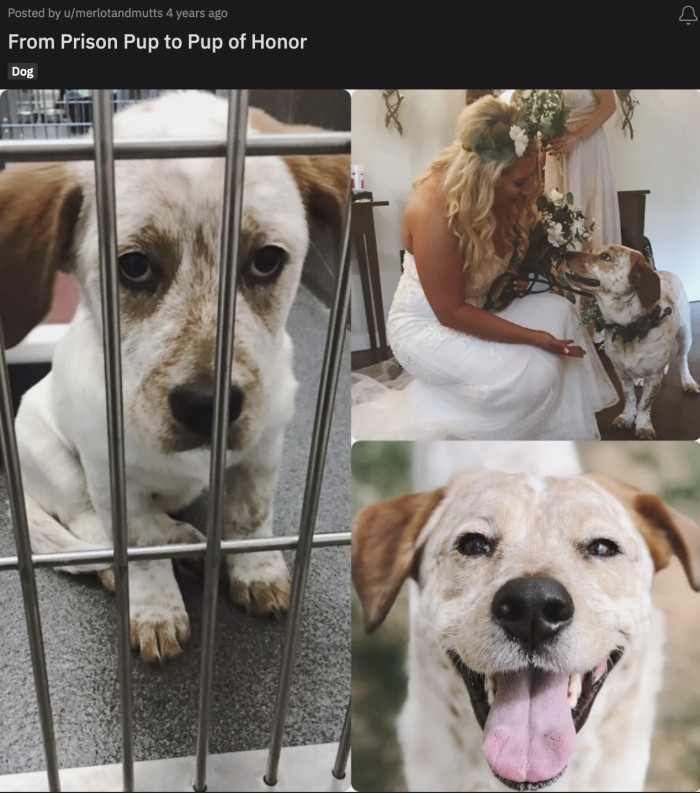 8. What a dapper gentleman! 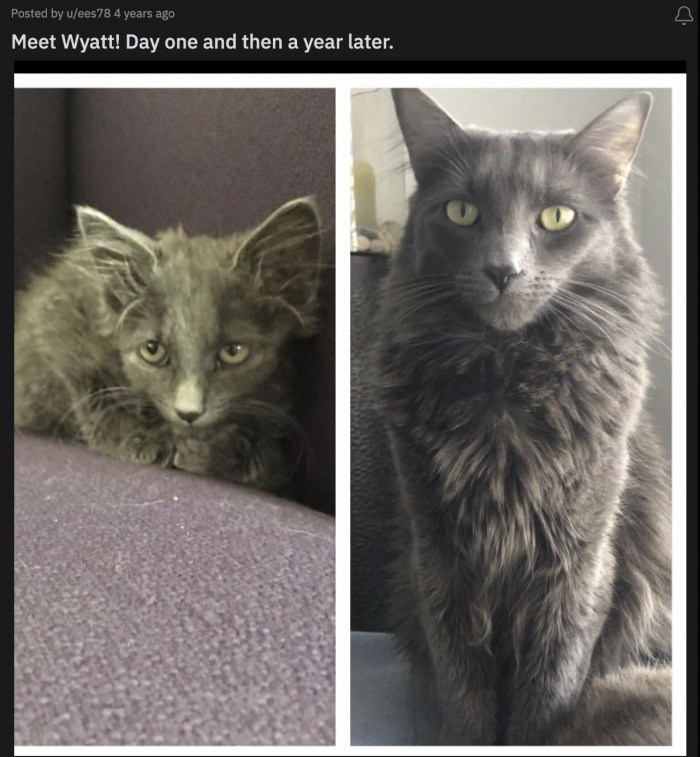 9. They have been best friends since that first whisper. They probably have a lot more secrets now and we are not complaining! 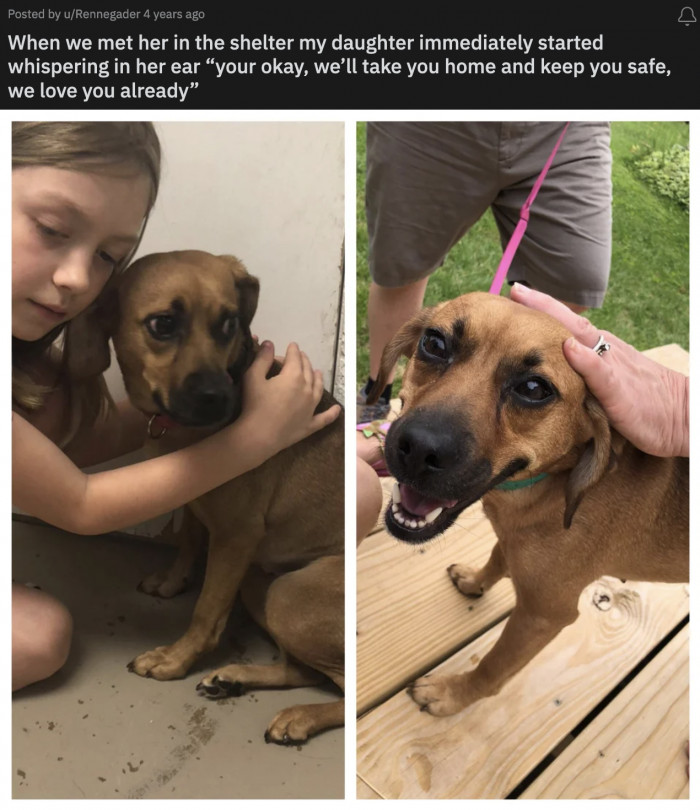 10. That cannot possibly be the same dog because look at that beauty! 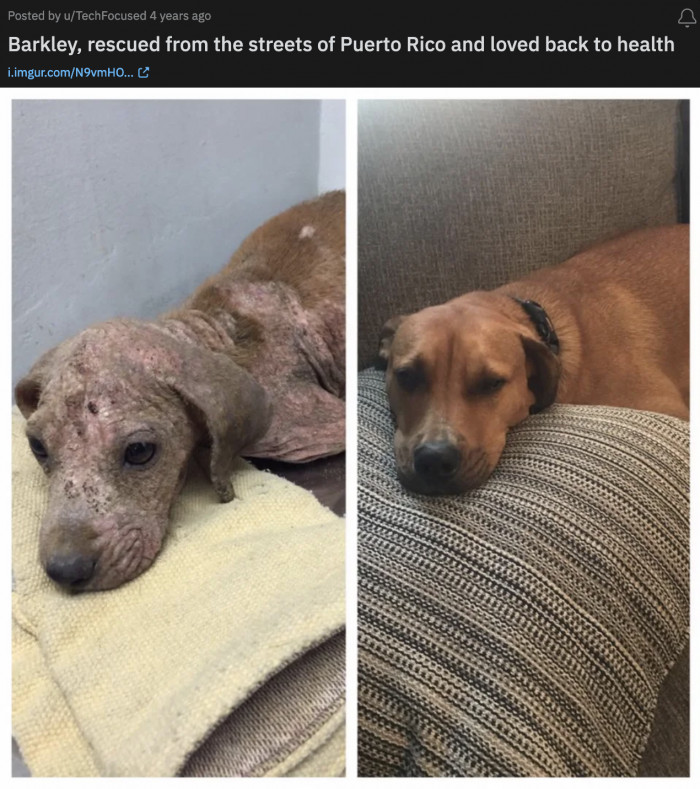 11. This dog was abandoned at a shelter and now she is being pampered like she deserves 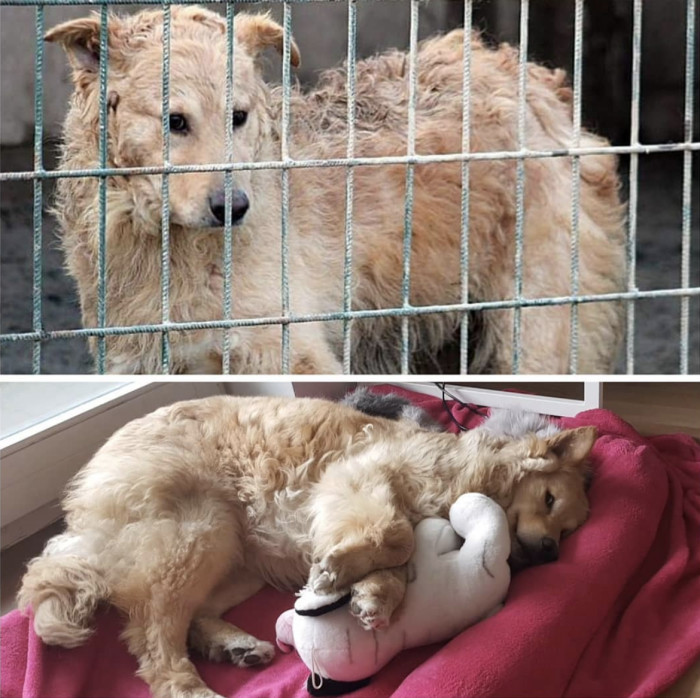 12. This grumpy gentleman who just got groomed for the first time. Can’t tell if he’s happy or annoyed. 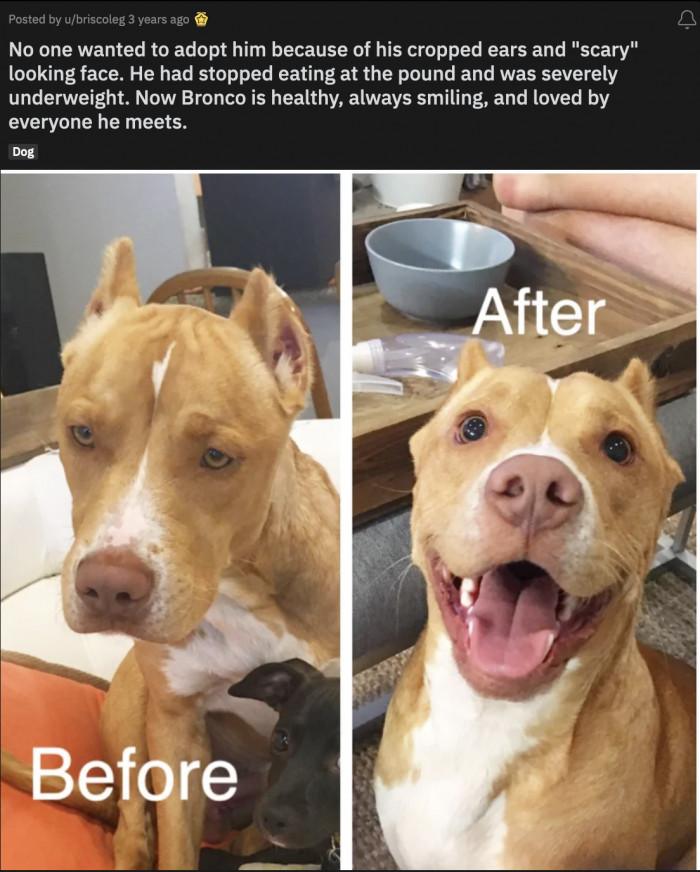 14. The kitty pestered by fleas that was found on a deck can now relax after a medicated bath 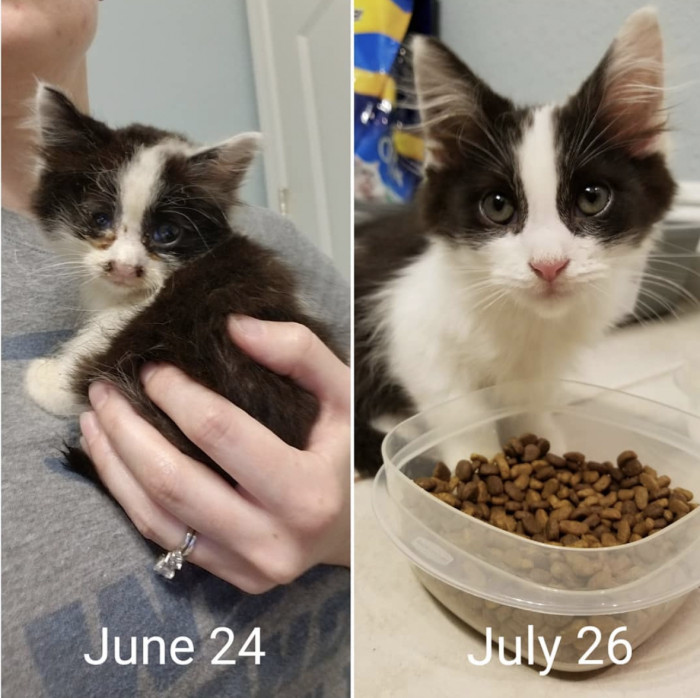 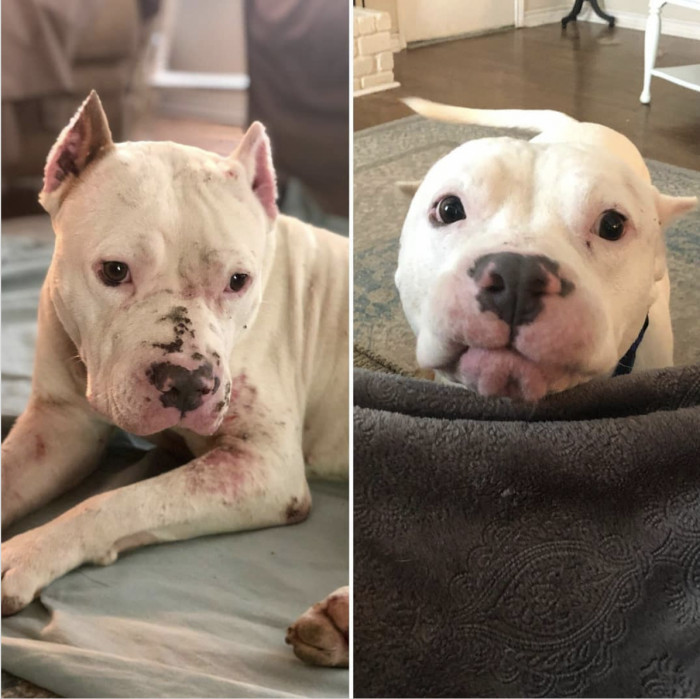 16. The cat’s name is Mrs. Norris and she’s ready to guard Hogwarts 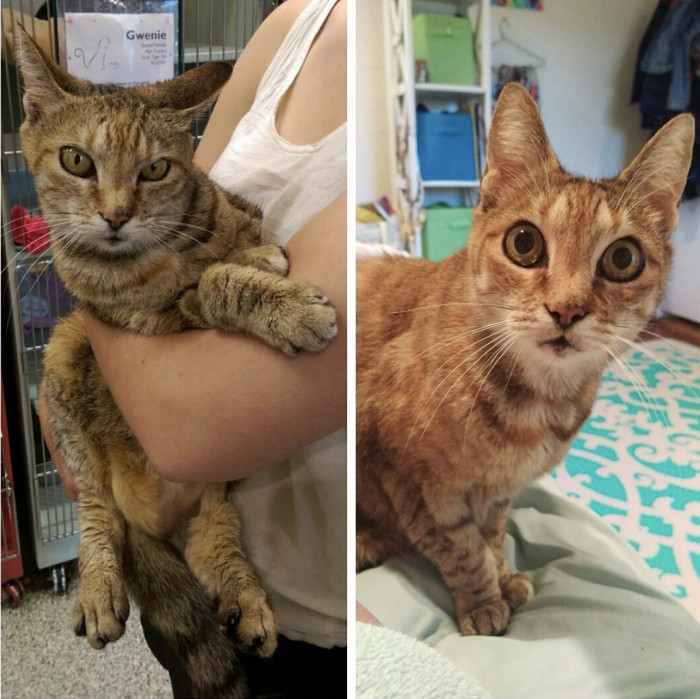 17. Arsène was found wandering the streets during a storm. He will never be without a warm home ever again.

Arsène, 7 weeks versus 10 months. For all those that don’t know, Arsène is a little rescue, that was found, wandering outside on his own, during a tempestuous storm, he was extremely sick and everyday was a new challenge. We went through a lot together, but I could never ask for a better cat than him 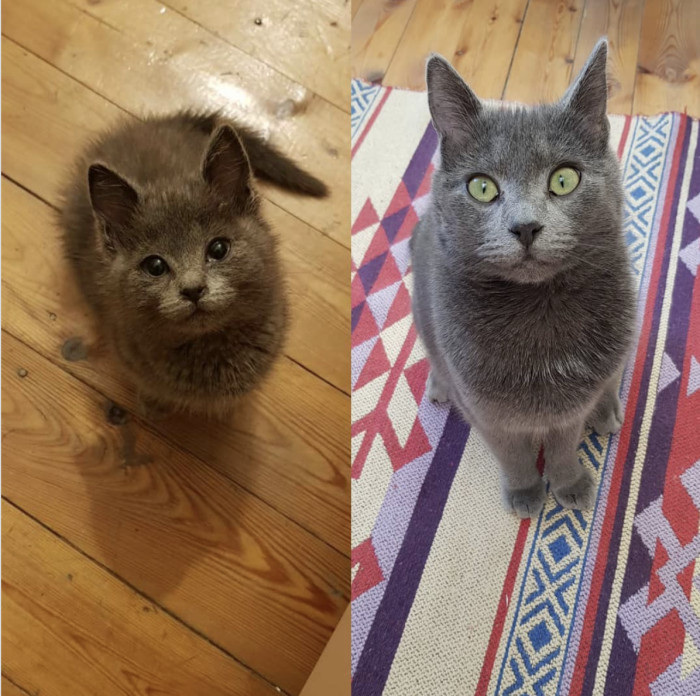 18. Bright smiles all around! 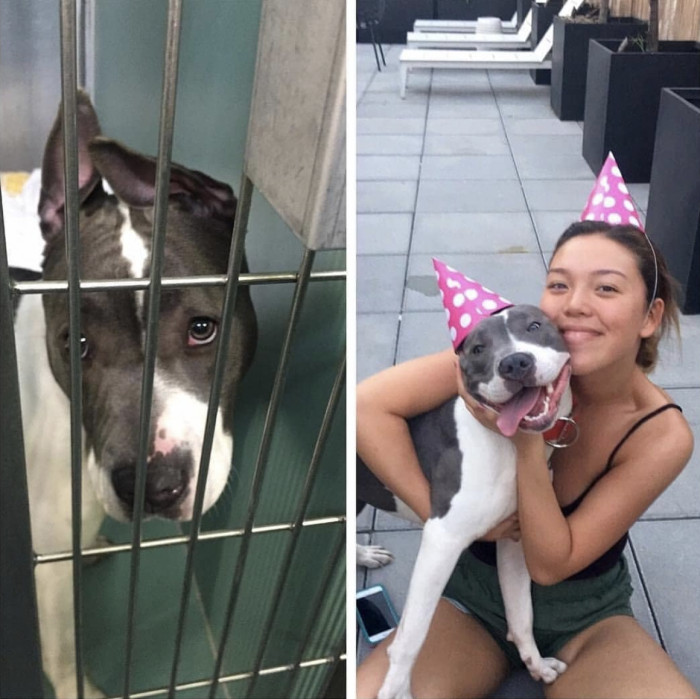 Adopting animals is a big responsibility that we should never take lightly. It requires hard work, time, and money but it is absolutely one of the most rewarding things any human can do.

We can’t all be history-makers destined to make the world a better place. We can only try to make someone’s day better and a bit brighter; sometimes that someone is a dog or maybe even a cat.