BLACKPINK’s views for their videos are continuously rising and breaking records!

According to YG Entertainment, on May 22, the music video of BLACKPINK’s “Kill This Love” had surpassed 1.3 billion views on Youtube at approximately 1:39 pm on the same day. 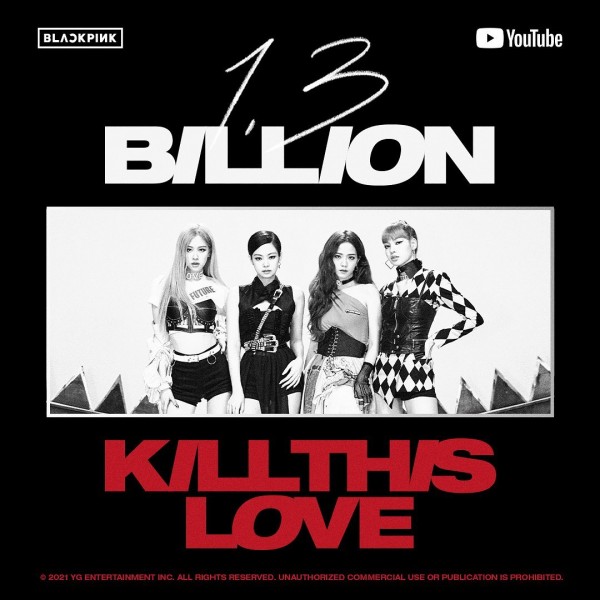 “Kill This Love” is a powerful song with a strong lead brass and magnificent drum sound. In particular, it features an addictive point choreography such as shooting a gun, doubled with the charm of each BLACKPINK member that captivated K-Pop fans all around the world.

In just 63 hours after its release on April 4, 2019, the music video had surpassed 100 million views and garnered great response and feedback. It was also listed as the only K-Pop song within the top 10 of “2019’s Most Watched Music Videos in the World,” released by Youtube.

In addition, “Kill This Love” also entered Billboard’s Hot 100 and Billboard 200, as well as official charts in the United Kingdom. They also became the first female K-Pop group to reach number one on the iTunes Song Chart in the United States. 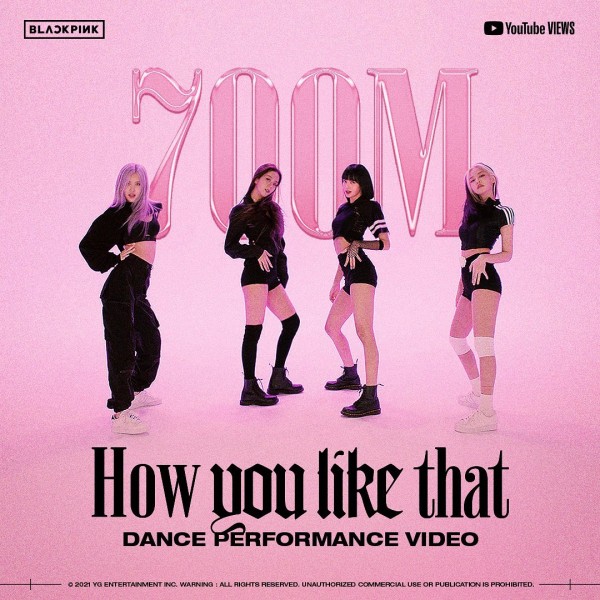 “How You Like That” is a song with an impressive beat and contains the message of flying high without giving in to any situation. It was awarded the “Song of the Summer” at the 2020 MTV Awards and was ranked no.1 in the “Global Top Summer Song” by Youtube.

At the time of its release, the song was ranked second on Spotify’s Global Top 50 and achieved a “Perfect All Kill” on major domestic music charts. It also ranked first in 64 countries on iTunes and ranked 20th and 33rd on United Kingdom’s Top 100 and Billboard’s Hot 100, respectively.