BTS shared a special time with ARMY all over the world through their fan meeting “BTS 2021 Muster Sowoozoo”!

On June 13 and 14, BTS held the “BTS 2021 Muster Sowoozoo” to celebrate their eighth debut anniversary. “Muster” (which means an assembly of troops) is the term for BTS’s fan meetings. This year’s event showcased extravagant and diverse stages with live performances outdoors, covering a total of 15 songs. 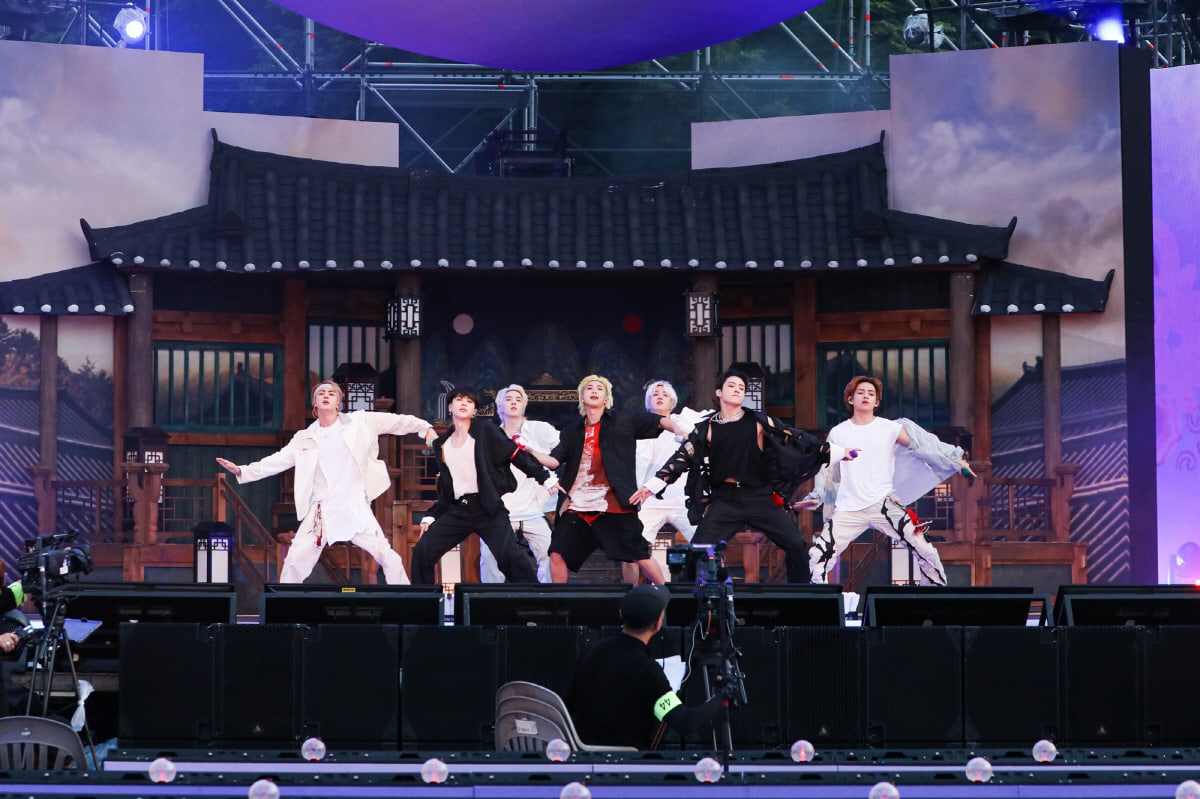 In addition to six camera angles to select from, the online fan meeting had diverse elements such as “ARMY signals,” “ARMY in echo,” and “ARMY on air.” During the two days, a total of 1.33 million people in 195 regions around the globe tuned in.

BTS’s last Muster took place in June 2019 in Busan and Seoul with the theme “Magic Shop.” There was no Muster event for 2020 due to the COVID-19 pandemic. The 2021 Muster event began with BTS starting on a journey to search for a haven. Like the title “Sowoozoo” (Korean for a microcosm or small universe), the outdoors set was decorated with various planets, making the place appear to be one large dreamland. The number “8” referring to their 8th debut anniversary also represented the infinity symbol, adding even more meaning to the event. 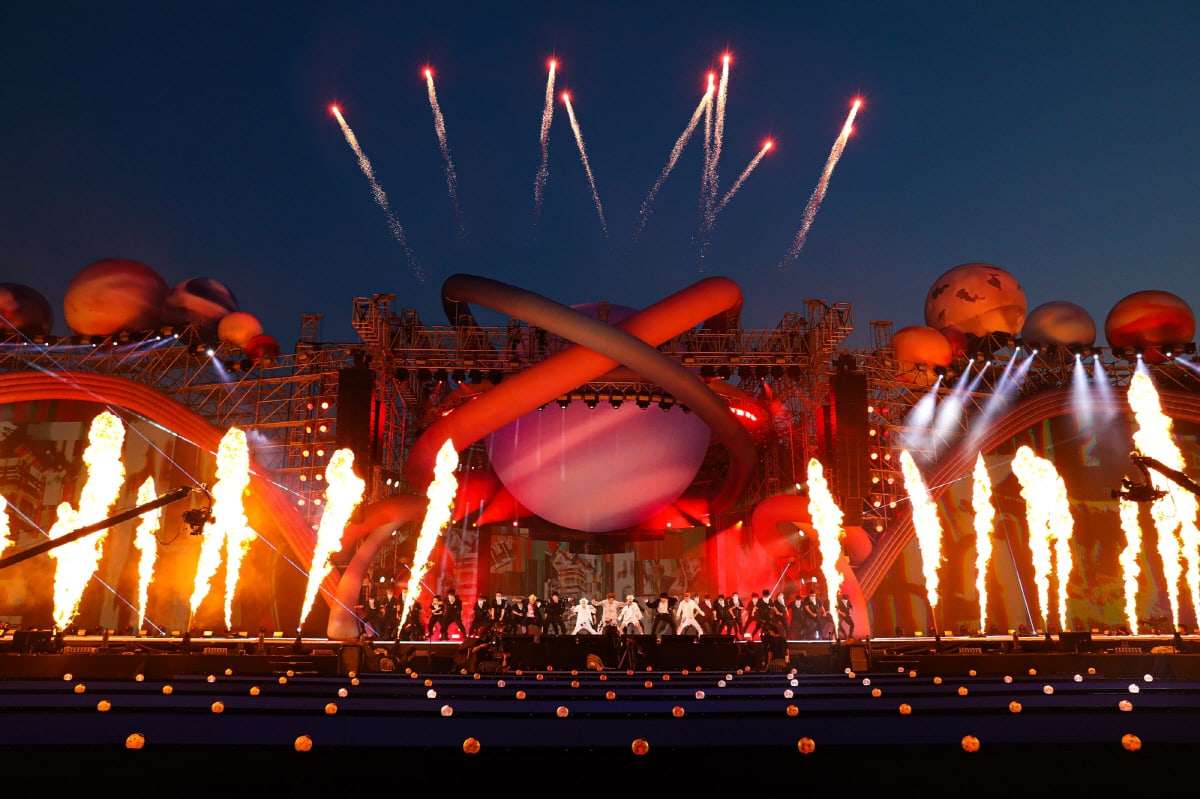 BTS appeared on stage while singing their recent hit songs “Life Goes On,” “Butter,” and “Dynamite.” Afterwards, the members shared their greetings to fans all over the world to kick off the Muster. They stated, “We’ve come to meet our liberator, ARMY. What we need is the signal that tells us where our destination, ARMY, is.” The members then looked at posts and photos shared by fans on social media and chatted about them.

Despite the concert being held online, BTS could interact with fans through the “ARMY in echo” and “ARMY on air” technology. Along with fans being shown on screen, there was a special event that played voice recordings of fans singing along to BTS songs and shouting the official fan chant. While listening to the fans’ cheers, BTS passionately sang “Dis-ease,” “Fire,” and “So What.” 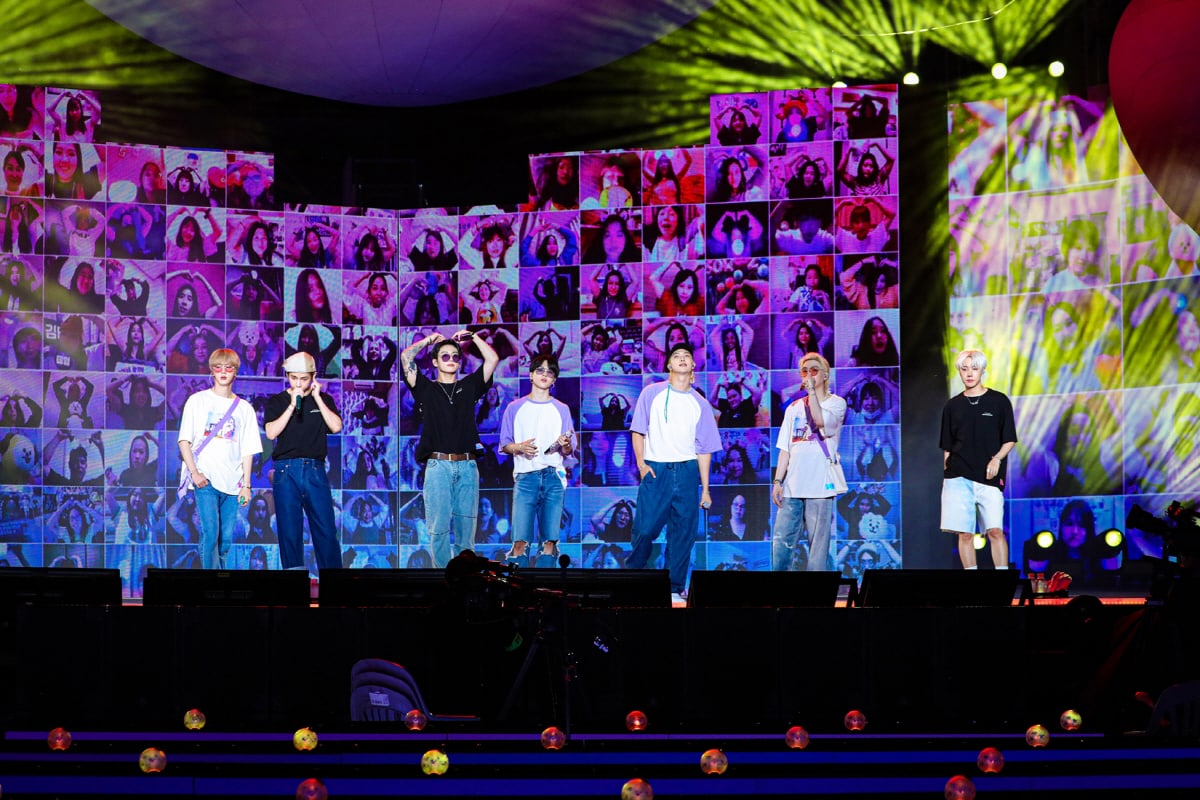 BTS also showcased unit stages with RM, Jin, and Jungkook performing “Stay” and Suga, J-Hope, Jimin, and V performing “Fly to My Room.” Mic stands were used for the “Stay” stage, while the set for “Fly to My Room” was made based on the room BTS previously decorated as the “ARMY room.” 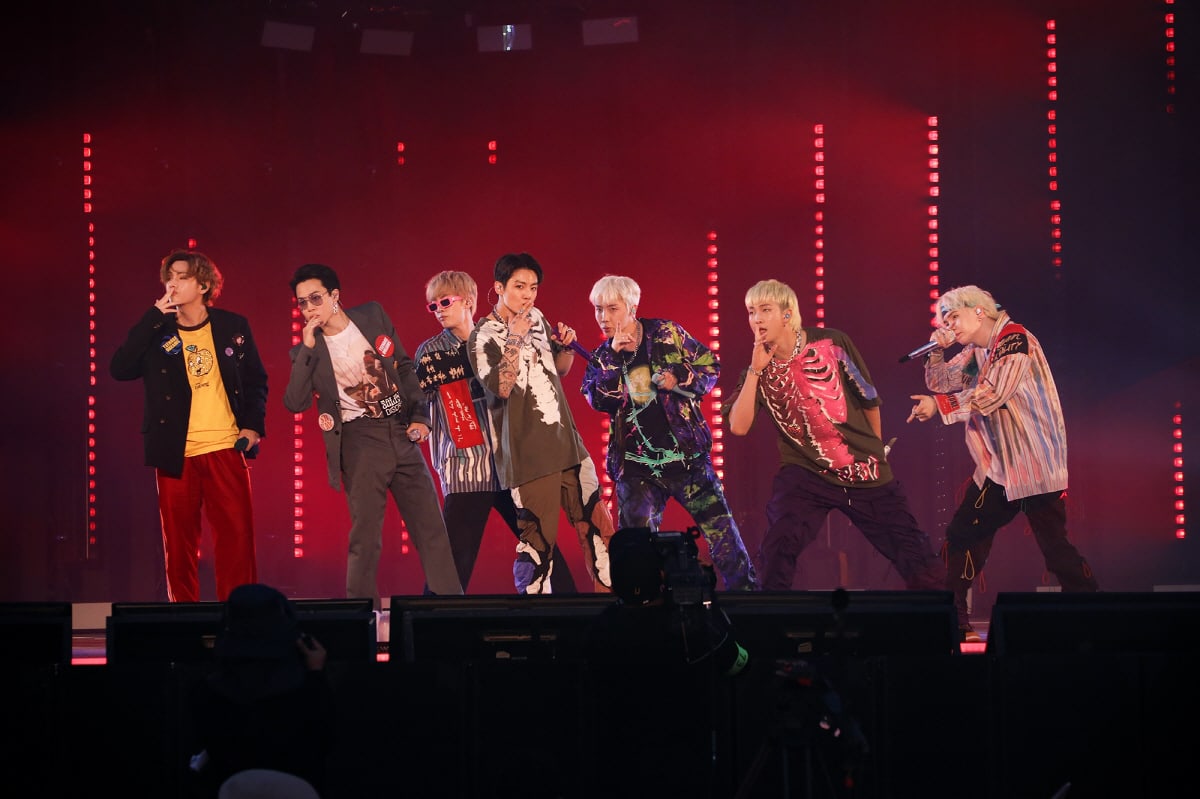 On the first day of the fan meeting, BTS performed “Move,” “Daechwita,” and “IDOL.” The following day, they showcased “Film Out,” “Chicken Noodle Soup,” and “Telepathy,” having prepared slightly different set lists for the two days. 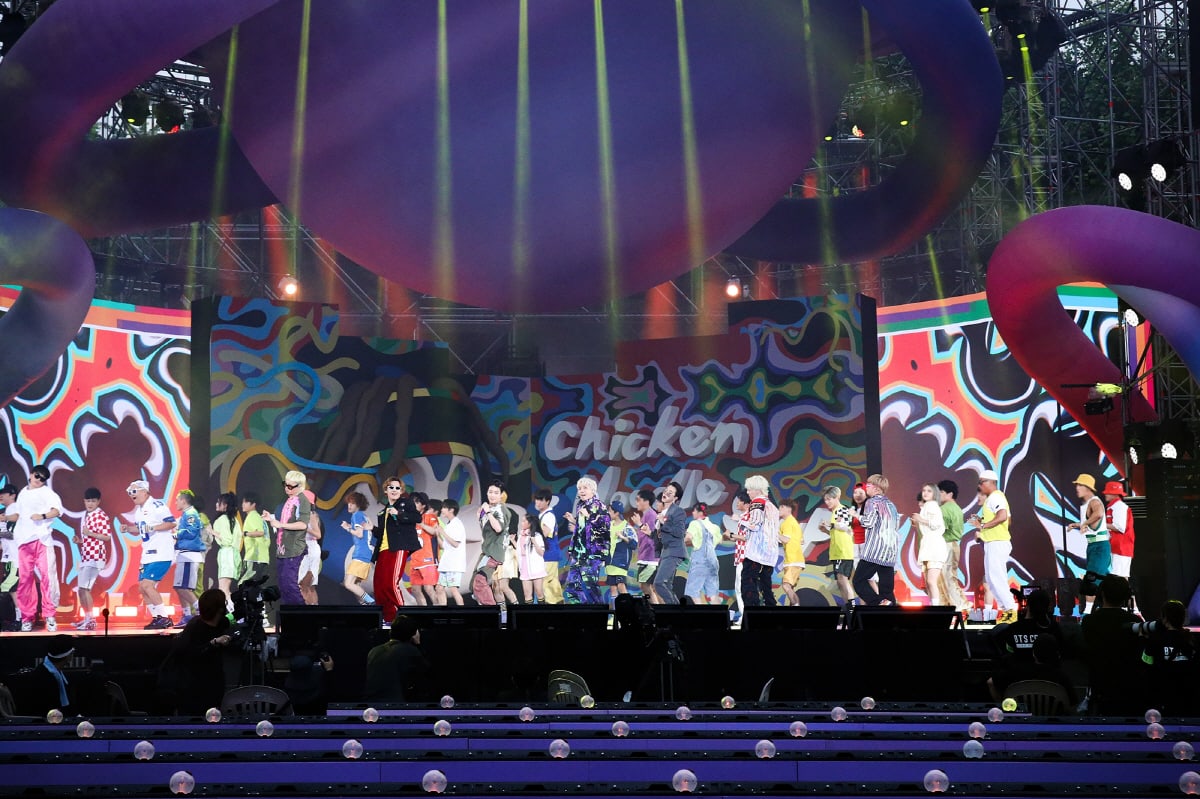 Finally, BTS wrapped up the Muster with “Wishing on a Star,” “A Supplementary Story: You Never Walk Alone,” and “Mikrokosmos.” BTS shared, “Today, we had a really enjoyable time, and we were happy. I’m waiting for the day we can breathe in one location together soon. I hope the situation becomes okay as quickly as possible so that we can meet all of you. Until good days come, I hope everyone stays strong.” They added, “The darker the night is, the brighter the light will shine. I hope you never forget that we’re always on our way to find each other as all of you incessantly send us light and we do the same for all of you.”

On June 15 at midnight KST, Big Hit Music announced that BTS would be releasing a CD single for their hit song “Butter” to celebrate ARMY’s birthday (the day that BTS’s fandom ARMY got their official name). The CD will also include a brand new track in addition to “Butter.”