BTS J-Hope’s solo song “Blue Side” is rising up on the charts! 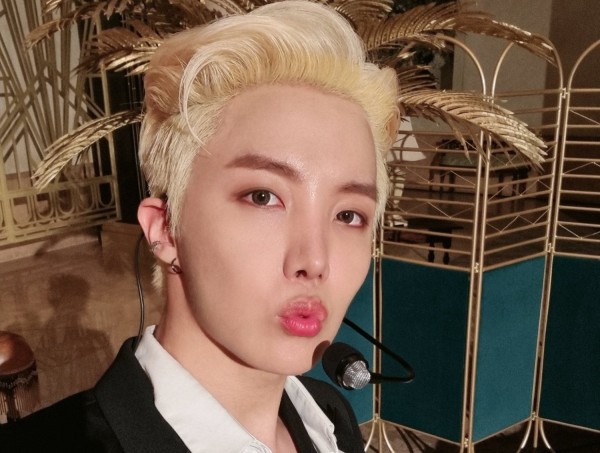 On June 13, J-Hope’s solo song “Blue Side,” which is featured as the outro song of the BTS rapper’s solo album “Hope World,” that was released on March 2, 2018, peaked at No.1 on the Portuguese radio channel, Radio Radical, on its Weekly Web chart.

Radio Radical’s Weekly Web chart selects 20 songs that are loved all around the world, and includes the songs that have received the most requests for song selection through its website every week. Currently, “Blue Side” has been topping the charts at No.1 for five weeks in a row since entering the No.1 position back on May 16. 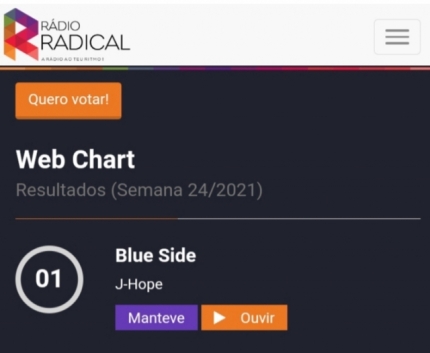 “Blue Side,” which was originally released on March 2, 2018 with the song playing for one minute and 30 seconds, was re-released on March 2, 2021 with its full version through Soundcloud, a global music sharing site. The full version of “Blue Side,” which currently plays at three minutes and 18 seconds, was released to celebrate the third anniversary of the release of the song.

In addition, “Blue Side” dominated other international charts at the time of its release. The song topped Soundcloud’s Global, and New and Hot charts in the United States and United Kingdom. It also took the fifth spot in the Worldwide Top 50 chart.

Most notably, on MelOn and NetEase Music, the largest music streaming platforms in South Korea and China, “Blue Side” climbed to the top as the most searched at No.2 and No.4, respectively, despite the song being unavailable for streaming or purchase on the platforms.

“Blue Side” was also constantly requested and selected to air on radio stations around the world including Portugal, Indonesia, Ireland, Brazil, Uruguay, and more.

Regarding the writing and composing of “Blue Side,” J-Hope said that he needed a blue haven that can comfort and cool him.

Besides topping numerous charts, “Blue Side” also received positive remarks from foreign media outlets. Rolling Stone India had said that if the outro version led listeners into the realm of comfort, healing and confidence, the full version introduces a new persona of J-Hope as a sophisticated artist.

Teen Vogue also praised the song as a “song with an aesthetic reference and sincere lyricism.” Indian entertainment website, Bollywood Hungama said, “It’s the perfect song for comfort when we all want to go back to our pre-pandemic life.”