Many of us often think of foxes as dangerous wild creatures, but actually they are much cuter than they’re given credit for. If you love to know more about these furry friends, just check out the residents at Save A Fox – a fox rescue in Faribault, Minnesota. The sanctuary has been working impressively hard to help save and raise captive non-releasable foxes from fur farms, illegal captivities or pet surrenders. They are also in charge of finding them a loving forever home too.

Finnegan the fox is a total love bug and a star of Save A Fox’s YouTube channel and Facebook fanpage, people just can’t get enough of this lively adorable boi. He is delightful, funny, talkative and really cuddly. He’s literally the unofficial mascot of this sanctuary! 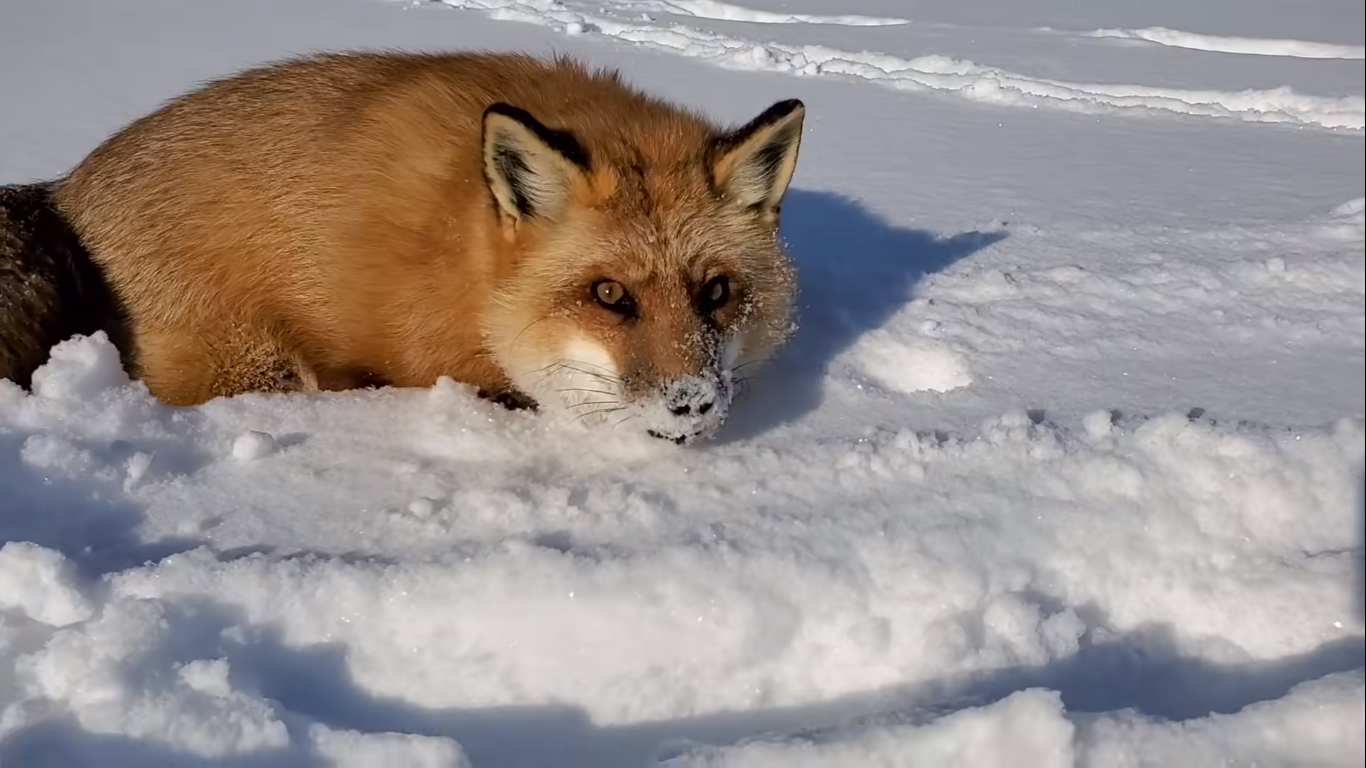 Finnegan not only loves humans, he’s also pretty sweet around other animals too. Here is a lovable Saturday of Finn and one of the cats at the sanctuary – Schizo. The fox follows the cat everywhere, doing his best to gain this fussy kitty’s attention. He is such a charming boy! 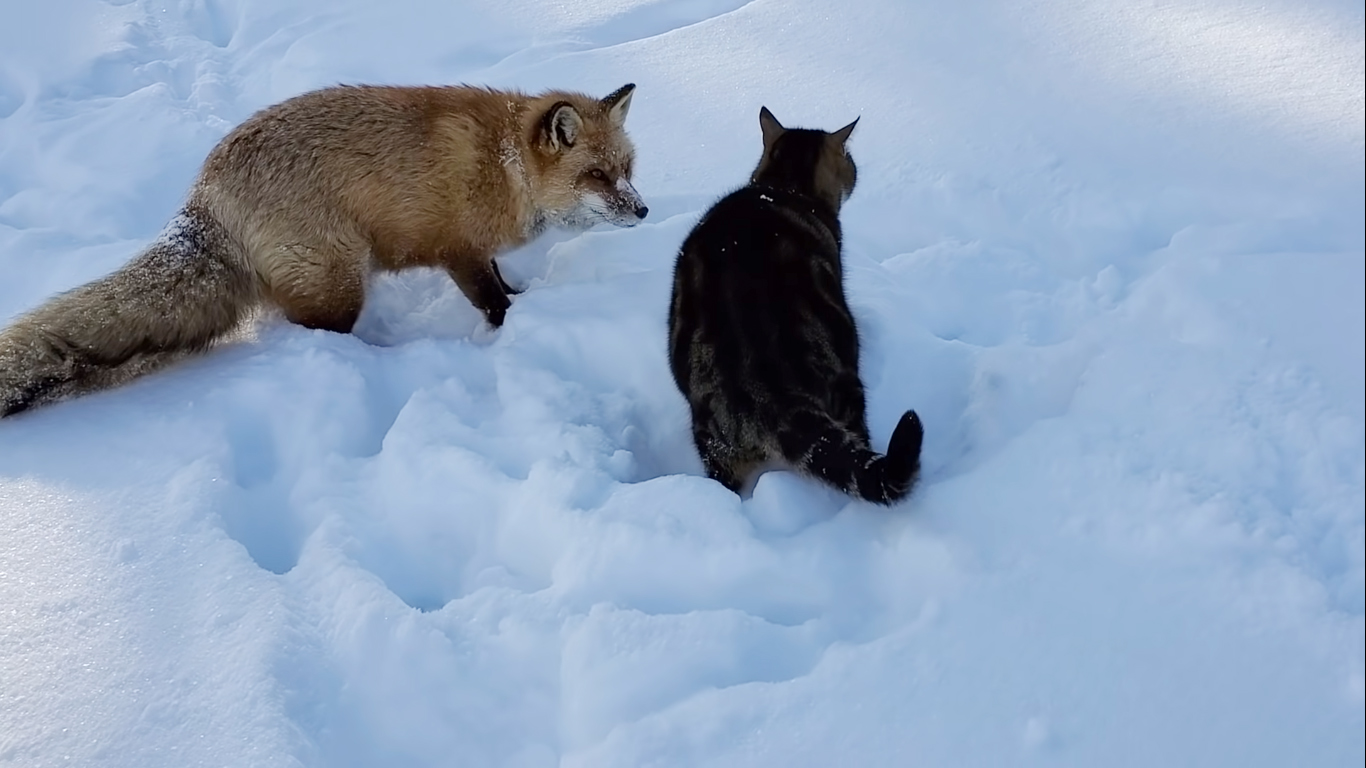 Schizo, however, seems to be unimpressed – which is quite understandable though since this cat is the king of this kingdom.

“Every Saturday we make a Caturday announcement regarding our sanctuary cats!” Save A Fox’s founder Mikayla Raines shared on Facebook. “Schizo is a permanent resident and I’ve had him before every other animal here. Schizo is the boss and the foxes know to respect him.” 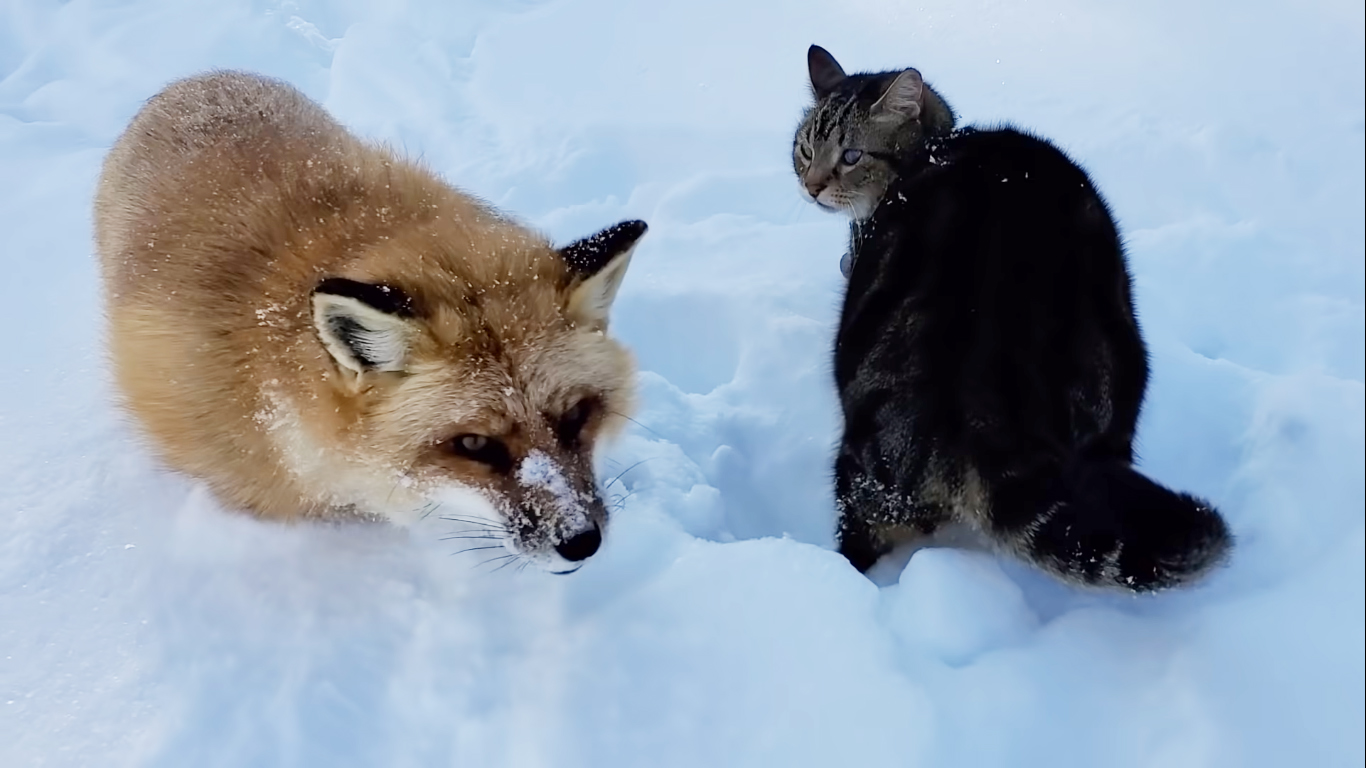 As Schizo walks away, Finnegan even tries to keep up with him, only to be smacked in the face. Although the slap doesn’t hit him yet, there’s no doubt that this boy is pretty hurt after being rejected in such a harsh way. Poor baby! 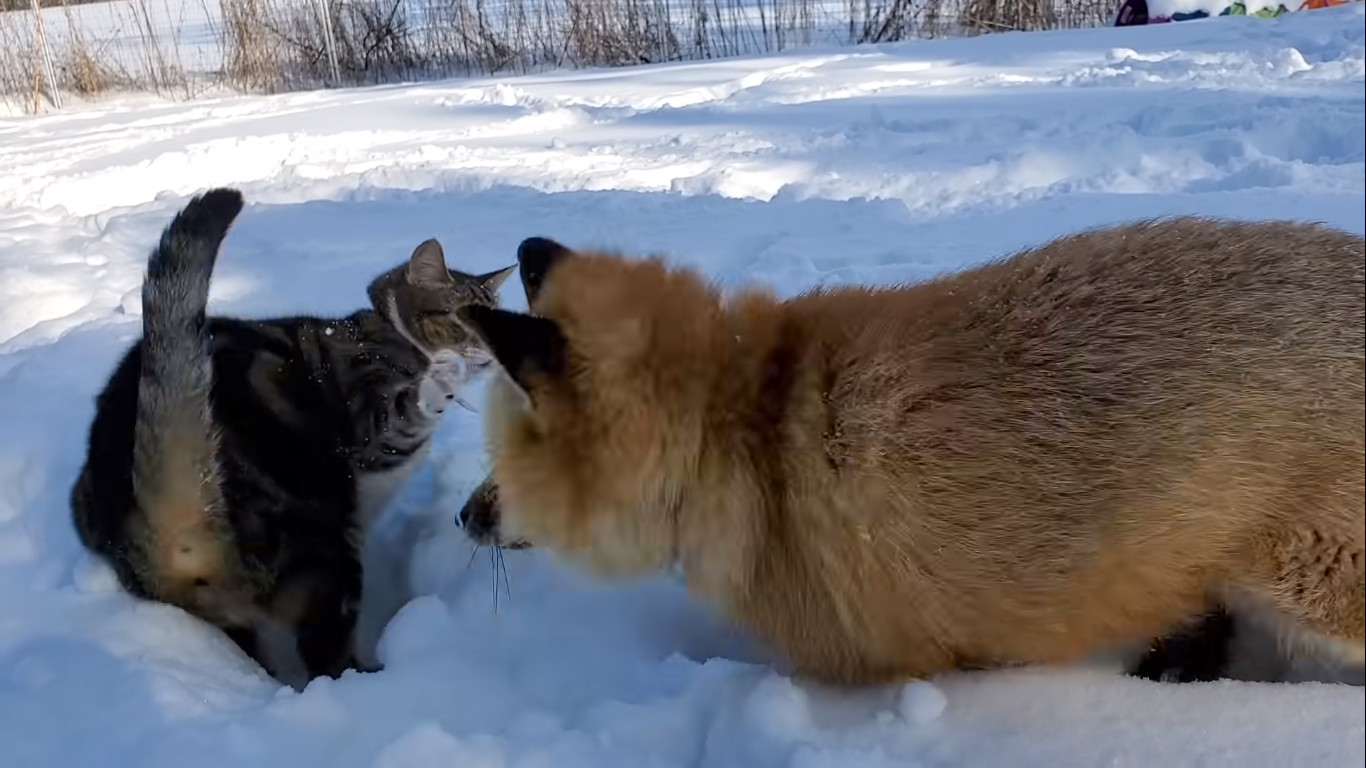 Let’s take a peek at their unique friendship:

And if that isn’t enough to satisfy your heart, this is a cheerful song about Finnegan that we are proud to introduce you:

Don’t forget to share Finnegan’s amusing life with your friends and family!