Jin became a highlight in RUN BTS and demonstrated the brilliance of his unique mind. In the new episode, BTS had to come up with stories based on just one image.

Jin impressed everyone with his ability to create unique tales in an instant. 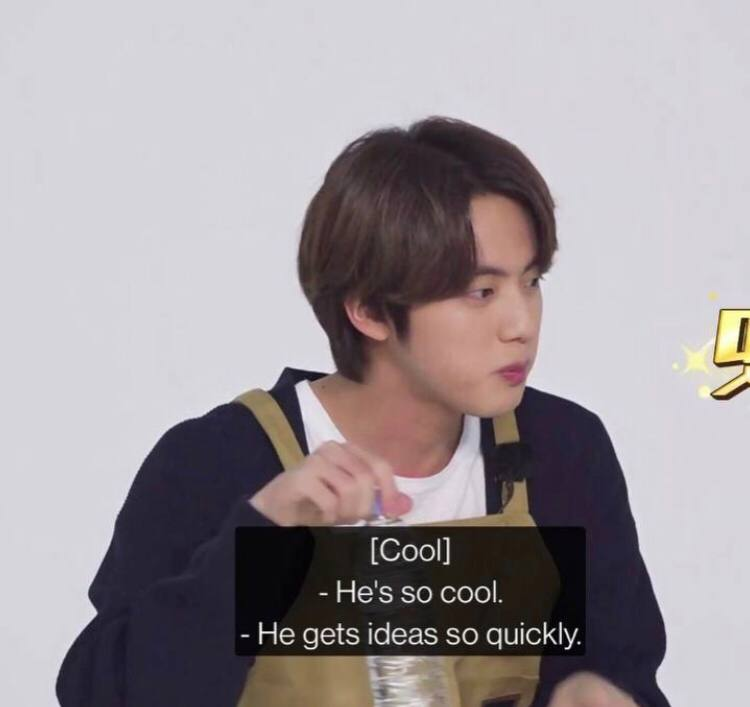 Moreover, he got praised for the fact that all stories can be used as an explanation of meaningful things for kids.

One Strand. This tale teaches about self-love and tells about a boy who one day woke up with only one strand of hair on his head. Wanting to become like the rest of the kids, he went on a journey and met different creatures like a monkey, a hairy tiger, and a ghost with long hair. It all made the boy understand that everyone has different hair, and his own strand of hair is unique and precious. It teaches the kids that you shouldn’t take everything you have now for granted and have to cherish it instead of looking for something far away.

The members and fans got very impressed by such a unique story for kids that explained such a complex issue. In fact, Jin was the one who created the “Love Yourself” series meaning, so he deeply understands what self-love really is. 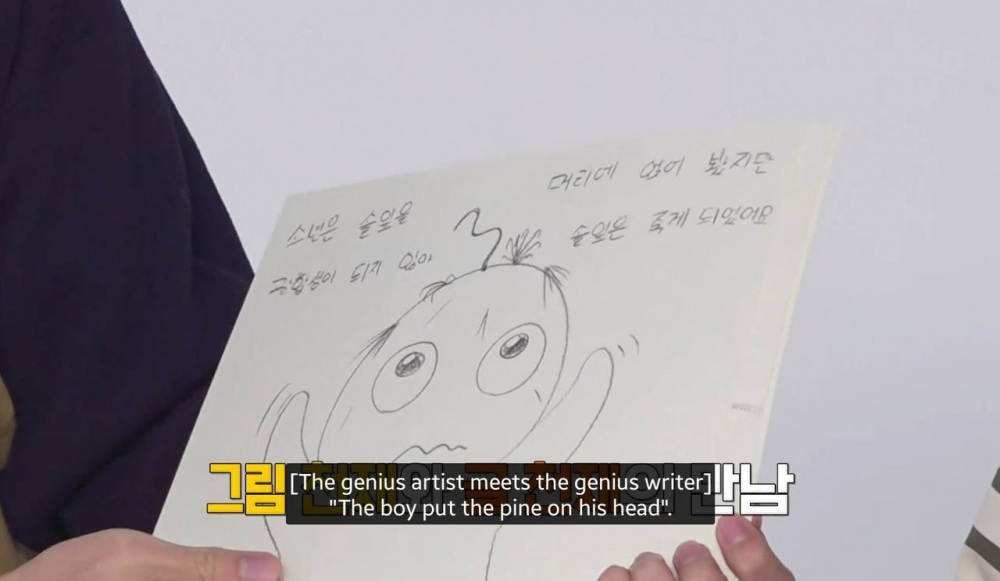 Another small story that Jin created impressed the fans with its deeper meaning. In it, Jin came up with a story that can be seen as a metaphorical criticism of capitalist exploitation that would be understandable even for the kids.

“Alpha Go” was a program to play Go, and people kept giving it orders it had to do. Jin created a plot where “Alpha Go” would actually be a creation with emotions; however, people didn’t know about it. As “Alpha Go” kept helping lots of people by doing their orders, it started losing the emotions.

One of the stories was named “Muyaho.” It told about the man who demolished a whole village by shouting: “Yaho!” (“Hurray”) standing on top of the mountain. After meeting the angry villagers, he came up with a rebuilding plan.

The members were having so much fun with Jin coming up with tales on the spot that called him the “vending machine of stories.” 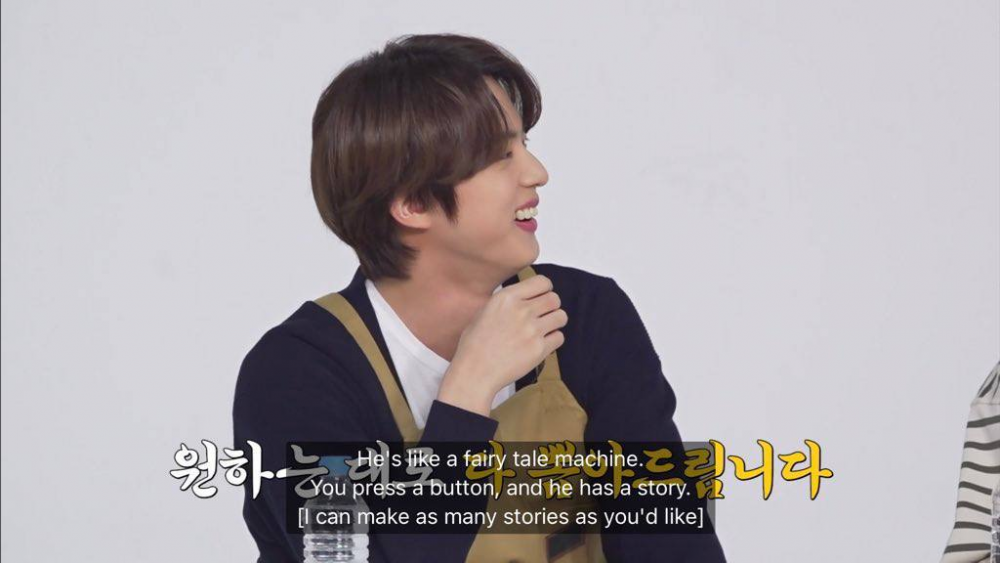 J-hope offered him to make a story about a hot-dog and Jin immediately followed with:One kid had a hot dog and ate it. That is how its journey started. After getting into the stomach, the hot dog decided to write a book about its trip through the boy’s body. In the end, it came out and became good nourishment for the plants. That is how a hot dog tree grew.

This tale would be great to vividly explain to kids how the digestive system works from the pov of an eaten hot dog.

Fans were so impressed by Jin that they called him a genius. 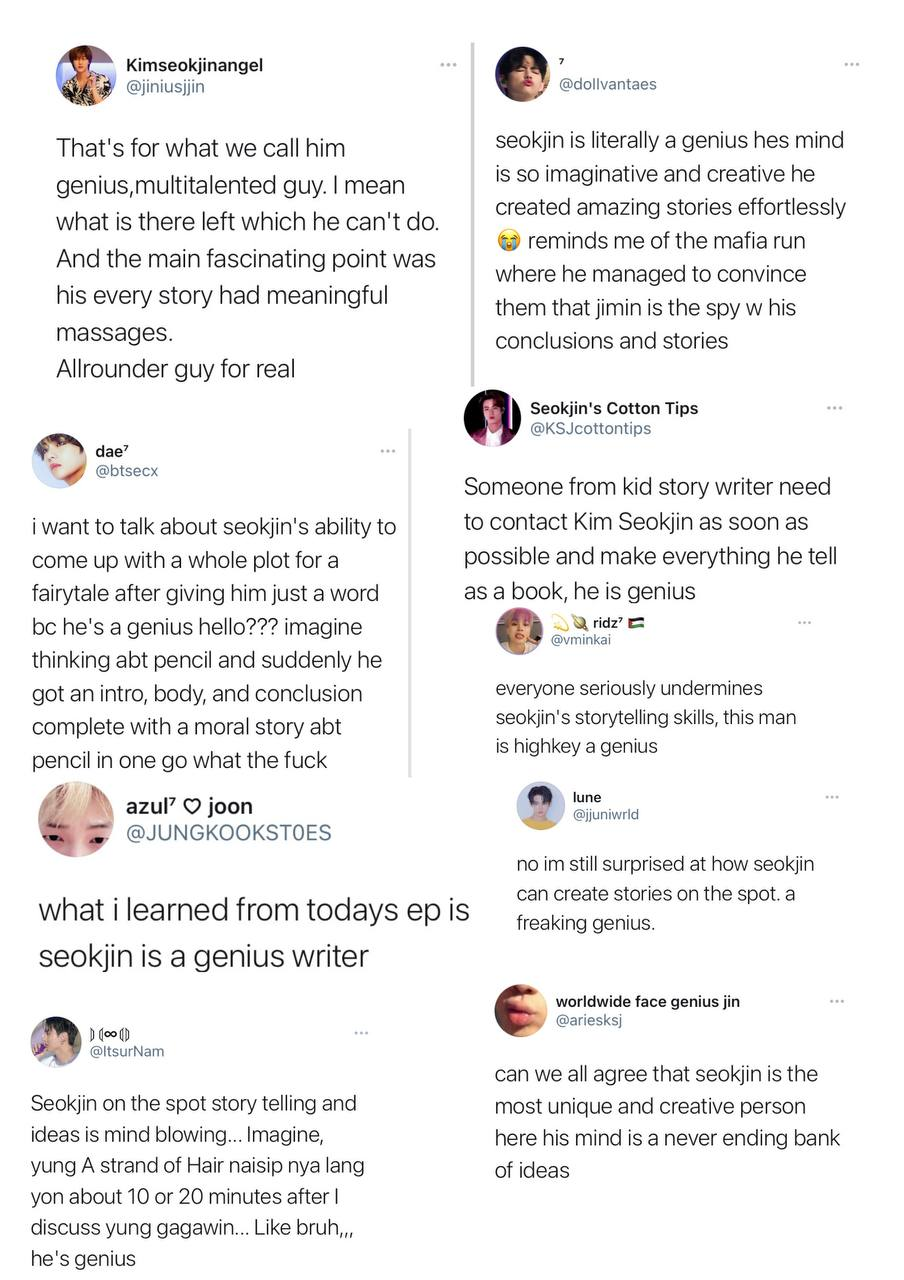 The Run Ep 143 even trended on Twitter under Jin’s topic since thousands of people have been tweeting about him being so unique and creative.

Fans say Jin has the potential to be a scriptwriter with his immense imagination and quick-witted mind.