I Am Jazz star Jazz Jennings got candid about battling a binge-eating disorder which caused an 100-pound weight gain in less than two years, in a Friday Instagram post.

The 20-year-old transgender reality star shared a picture of herself pre-weight gain and one in present day, as she detailed her struggle and vowed: ‘I’m ready to change.’

She continued to say that posting a split shot of her before and after the ‘substantial’ amount of weight, was a way to hold herself ‘accountable,’ and finally gain control over her life. 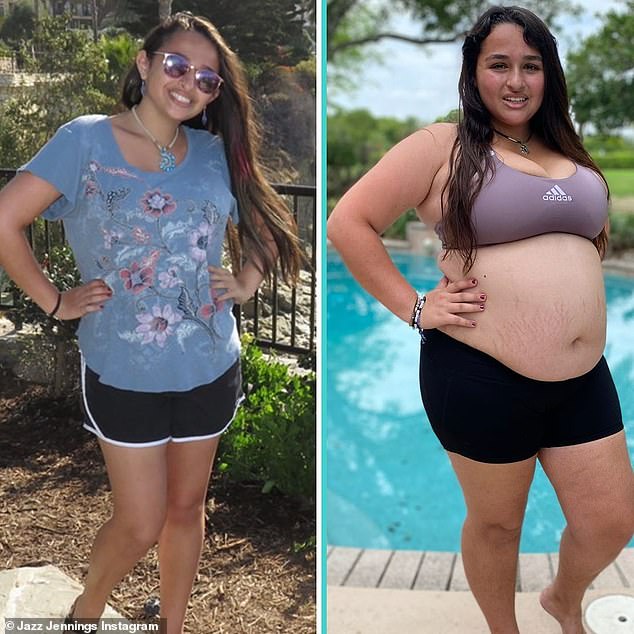 Now and then: Jazz Jennings, 20, candidly details her struggle with binge-eating that caused 100-pound weight gain with a then and now snap 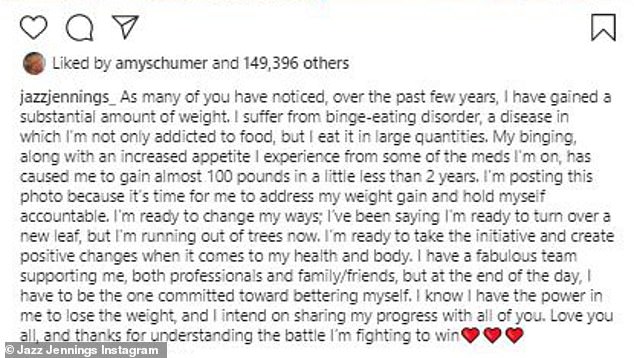 Battle: In a very lengthy caption, she said that her binge-eating disorder coupled with an increased appetite from medicine related to her transition caused her weight to get out of control

Jazz boldly shared one photo of herself in shorts and a T-shirt from years back, opposite a snap of her now-self in a sports bra with stretch marks on her stomach.

In a very lengthy caption, she said that her binge-eating disorder coupled with an increased appetite from medicine related to her transition caused her weight to get out of control.

‘As many of you have noticed, over the past few years, I have gained a substantial amount of weight. I suffer from binge-eating disorder, a disease in which I’m not only addicted to food, but I eat it in large quantities.

‘My binging, along with an increased appetite I experience from some of the meds I’m on, has caused me to gain almost 100 pounds in a little less than 2 years. I’m posting this photo because it’s time for me to address my weight gain and hold myself accountable. 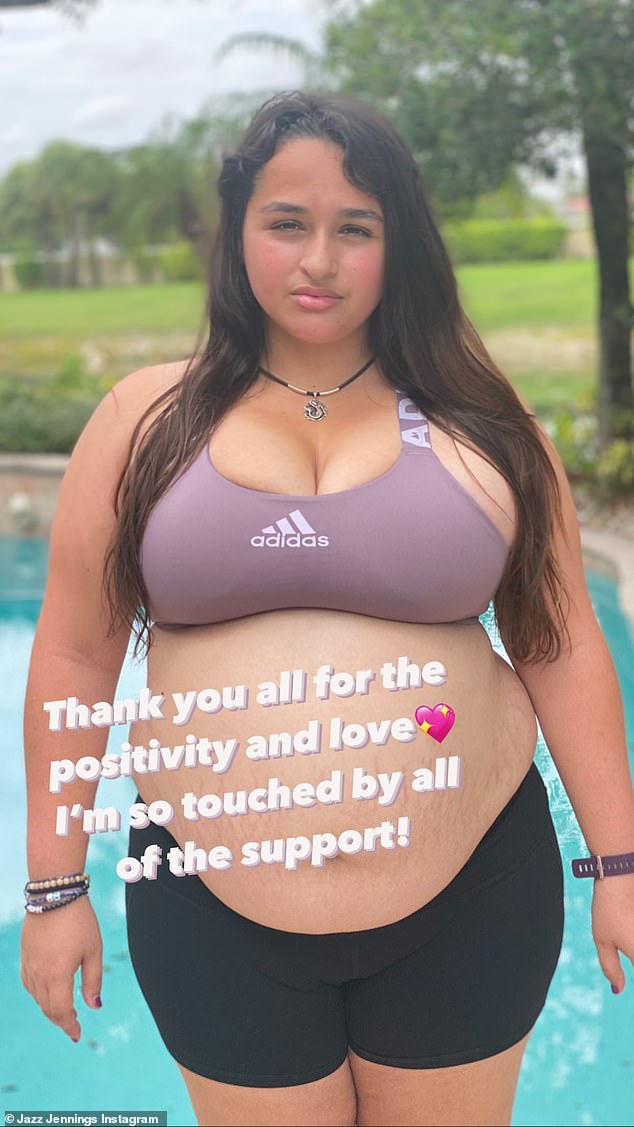 Supportive messages: She thanked her followers for sending positivity and support her way as she shared a close up shot of herself in a sports bra with her belly out 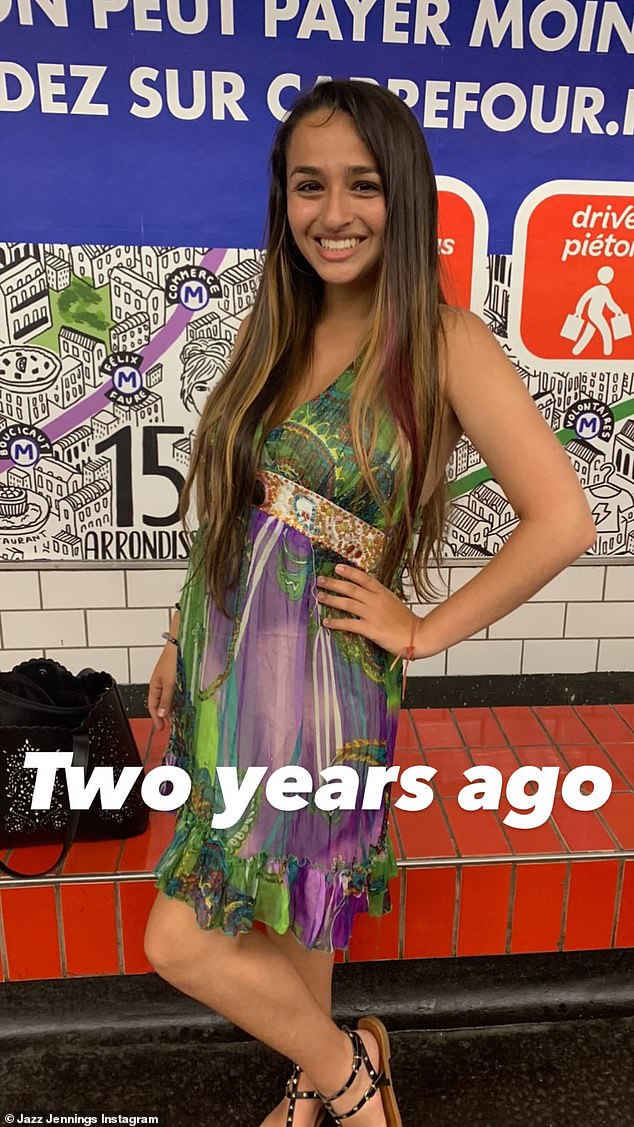 Slimmer photo: Another snap shared to her story showed the teen smiling in a summer dress

‘I’m ready to change my ways; I’ve been saying I’m ready to turn over a new leaf, but I’m running out of trees now. I’m ready to take the initiative and create positive changes when it comes to my health and body.’

And she continued to say that she had a ‘fabulous’ support system of friends, family, and professionals, but she had to be the one ‘committed toward bettering [herself]’ at the end of the day.

She signed off: ‘I know I have the power in me to lose the weight, and I intend on sharing my progress with all of you. Love you all, and thanks for understanding the battle I’m fighting to win.’

Jazz later took to her Instagram stories to share more snaps as she posted another shot from two years ago and more of herself in present time.

In two snaps she spread a message of self-love and said she was ‘beautiful’ regardless of shape and size. 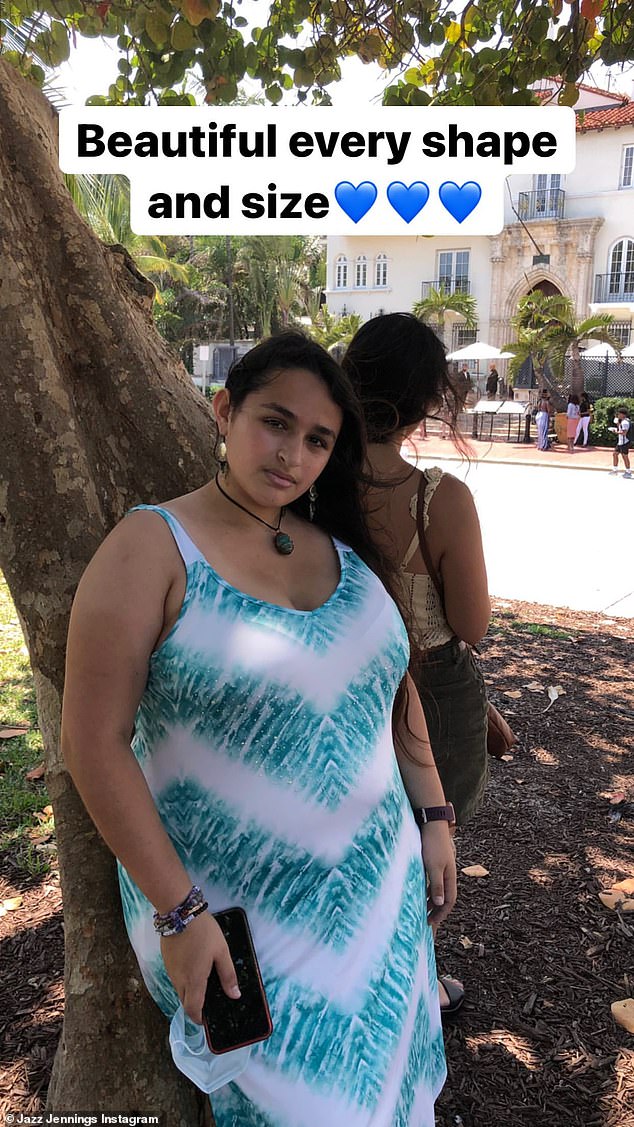 Self-love: ‘Beautiful every shape and size,’ she wrote as she posted a photo in a tie-dye dress 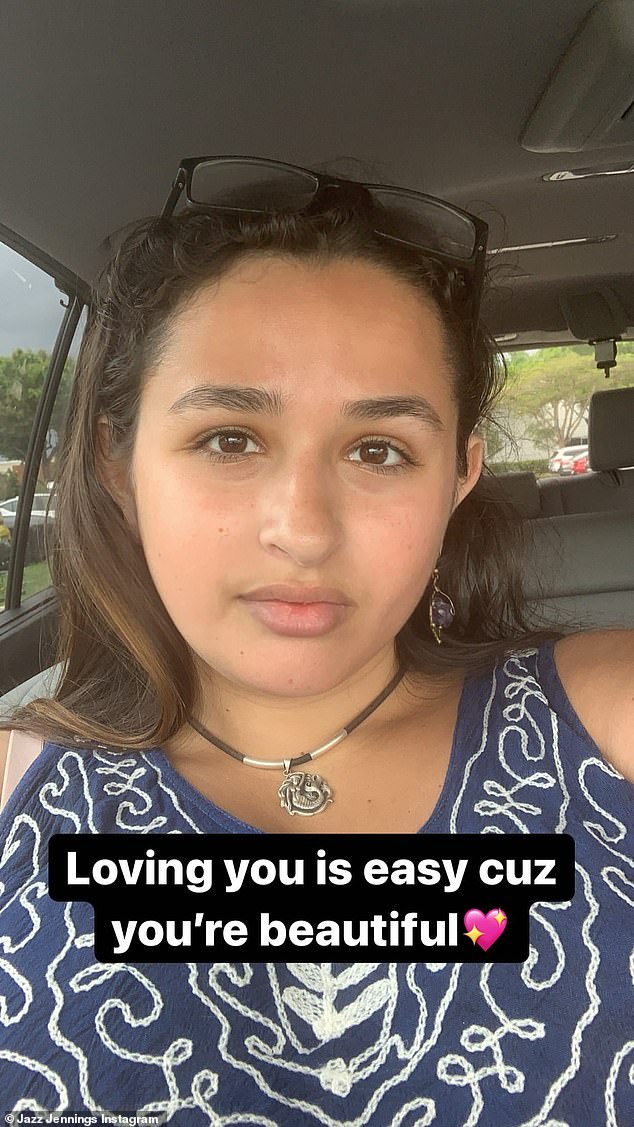 Selfie: Jazz first shot to fame on the hit TLC show I Am Jazz which detailed her life as a transgender youth

Jazz is known as one of the youngest publicly documented people to identify as transgender. She was diagnosed with gender dysphoria at the age of five and got gender confirmation surgery in 2018.

She first sat down with Barbara Walters in 2007 at the age of six where she talked about being born male but living as a female since Kindergarten, and she was later given her own TLC series, I Am Jazz, in 2015.

The reality show was groundbreaking as it followed her navigating life and her transition with the support of her family, and Variety recently reported that it was picked up for a seventh season following a two year break in filming.

‘I’m always happy to share my story and help as many people as possible,’ Jazz said in a statement. ‘Our goal is always to help people and to share a message of positivity, love and acceptance, and I think that we’re continuing to do that by sharing our story.’ 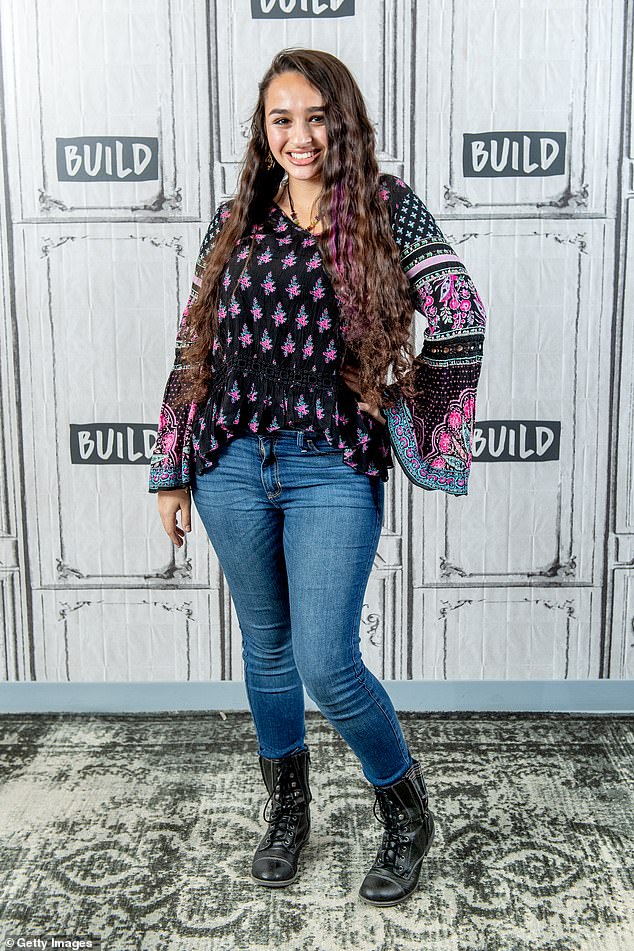 I Am Jazz: Jazz is known as one of the youngest publicly documented people to identify as transgender and she was diagnosed with gender dysphoria at the age of five; pictured 2019