Jennifer Lopez is living her best life right now. The actress/singer looked gorgeous in a halter crop top and brown pants for her sister Lynda’s 50th birthday after a PDA-filled dinner with Ben Affleck!

Jennifer Lopez, 51, was the epitome of casual chic as she headed to a 50th birthday dinner for her sister Lynda on June 14 at Craig’s restaurant in West Hollywood. She rocked a white halter crop top for the outing, showing off those toned abs, and paired the top with a pair of brown khaki pants. J.Lo had on glasses and pulled her hair up into a top knot. 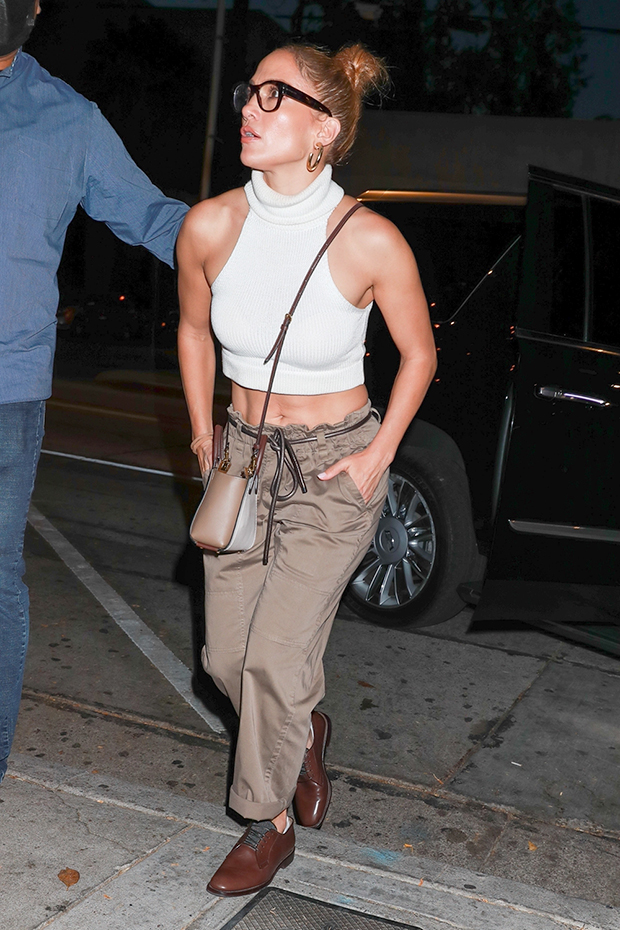 Jennifer is truly making this summer a crop top summer. Just hours before her PDA session at dinner with Ben Affleck, 48, J.Lo stepped out in a tight white crop top while out shopping with her daughter in Beverly Hills. Days before, she rocked a yellow crop top for a business meeting.

J.Lo was solo for this latest outing, but she spent the previous day celebrating Lynda’s birthday with rekindled love Ben. Jennifer and Ben were spotted making out at Lynda’s birthday dinner at Nobu in Malibu. J.Lo’s kids, Max and Emme, were also at the dinner and spent time with Ben. 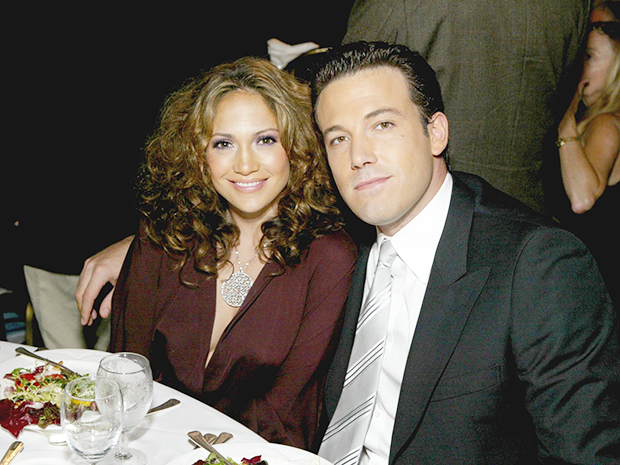 As the Hustlers star continued to celebrate her sister, Ben was spending time with his family. Ben attended his daughter Seraphina’s sixth-grade graduation alongside ex Jennifer Garner, 49, on June 14. Ben looked spiffy in a navy suit and was spotted holding hands with his son Samuel.

The Bennifer reunion has captivated the world ever since these two began rekindling their romance in April 2021, just weeks after she called it quits with A-Rod for good. The previously engaged couple has been spotted visiting each other a number of times. They’ve also been taking romantic getaways to Miami and Montana. HollywoodLife learned EXCLUSIVELY from a source close to J.Lo that the couple is “taking things slow.” However, things are “progressing” between them, and no one is surprised. “Ben is comfortable for her. They’re just getting to know one another again,” the source continued.a