BTS’s Jimin is known as the recruiting fairy who makes everyone fall for him, and every day this is proved true.

On the 27th of June, Famous Japanese actress, comedian, and entertainer Kiriko Isono once again mentioned BTS’ Jimin, this time asserting that the singer might be the love of her life.

In a morning variety show on Fuji TV, the actress talked about how Jimin completely revamped her fashion sense, making her wear striped clothes. She said that since those are the clothes that Jimin wears off schedule, she also decided to wear them, and now they’re all she buys and has grown to like them because of Jimin. 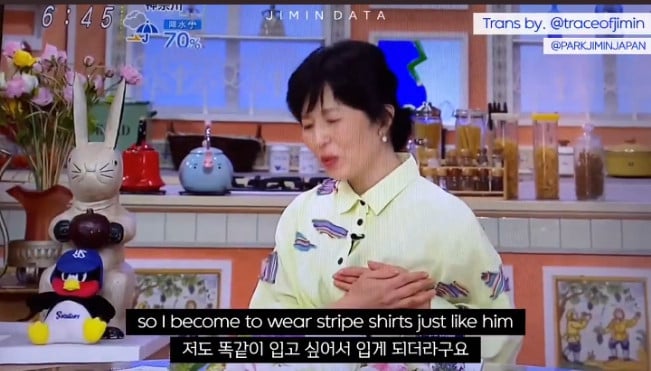 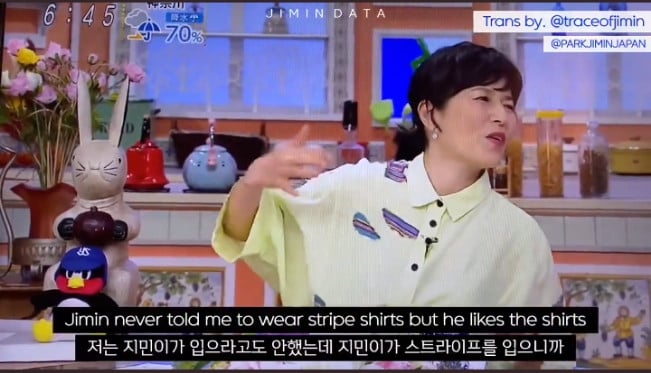 When BTS’ single Butter was released, she was immediately captivated by Jimin’s performance and could not keep her eyes from him. She even went on to demonstrate a part of Jimin’s choreography for the other hosts on the show. 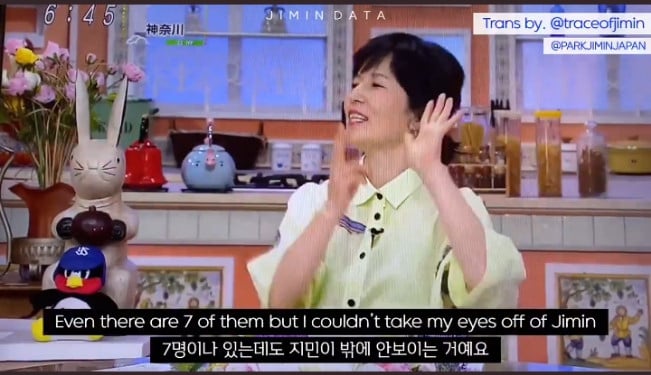 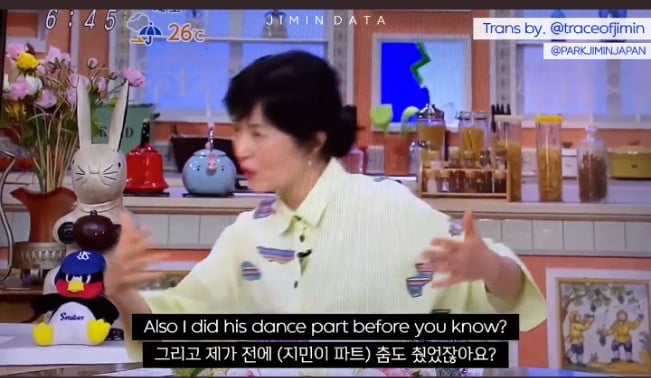 In Butter’s Music Video, Jimin was seen with rainbow hair, something that caused a stir on the internet, but then later in an interview, it was discovered that he had dyed it black. He even confirmed this with a Twitter post sending fans into an even greater frenzy. Kiriko reacted to Jimin’s behavior by saying, “What’s up with that? Isn’t that like a boyfriend?” Adding that by informing fans, it showed how much he cares and takes into consideration their feelings, hence why she declared that she is in love with Jimin and that he might be her first love. 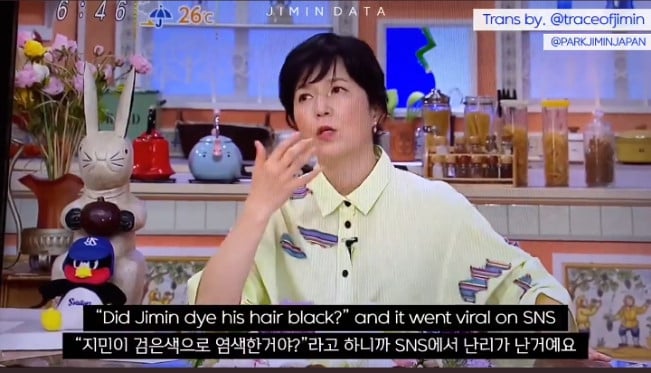 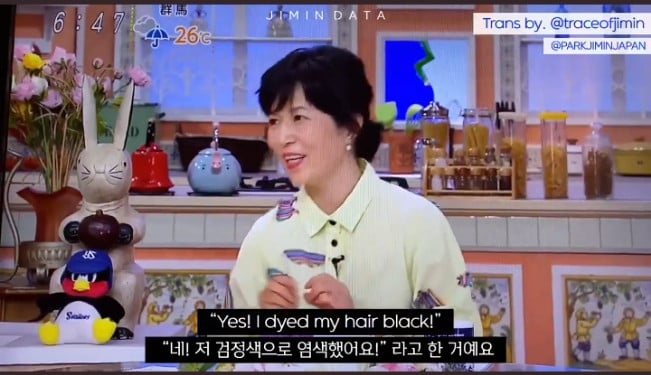 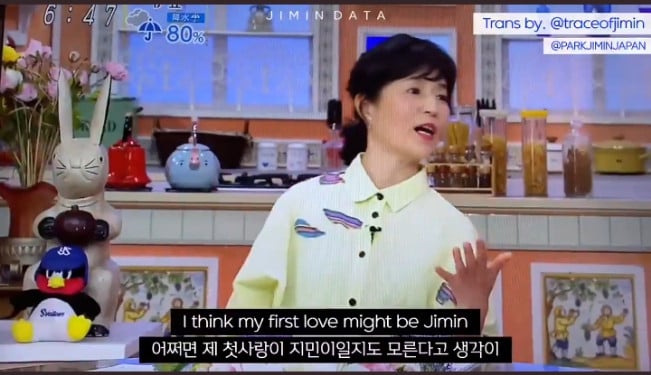 She finished off by mentioning that she often finds herself thinking about Jimin and that even at that moment while working, she was thinking about him, something that fans can surely relate to. 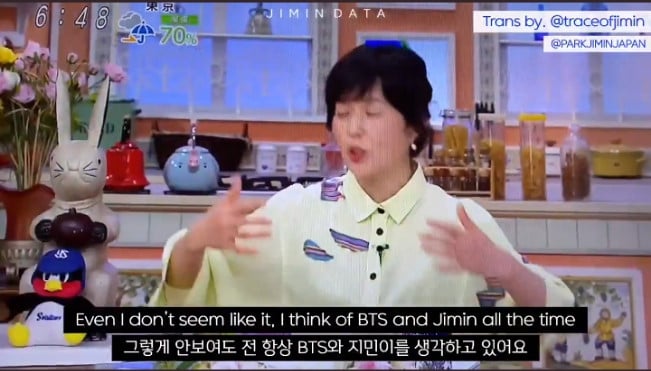 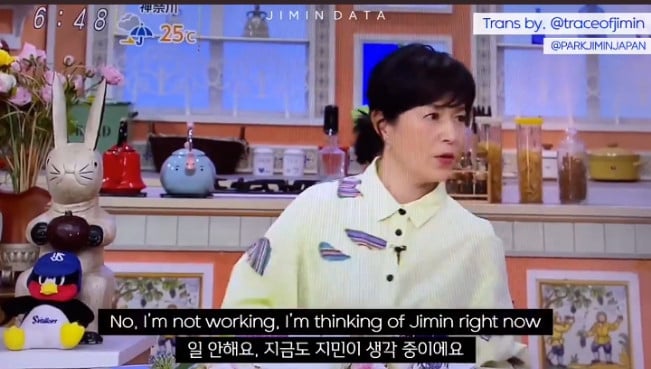 This is not the first time that the talented star mentioned Jimin. Back when BTS was nominated for the Grammys but did not win, she mentioned how moved and encouraged by Jimin, who posted on Twitter to thank and comfort the ARMY despite the disappointment. She has previously talked about her love for BTS and even read a letter from 52-year-old ARMY on a variety show.

Kiriko Isono joins the likes of Actresses Kyôko Koizumi and Reika Oozeki; Models and personalities Asami Mine and Yuki Yamamoto; Dancer and choreographer Chikada Rikimaru and youngsters Miyu Kihara & Moa Niiyama, among other Japanese stars who have shown their appreciation for Jimin. 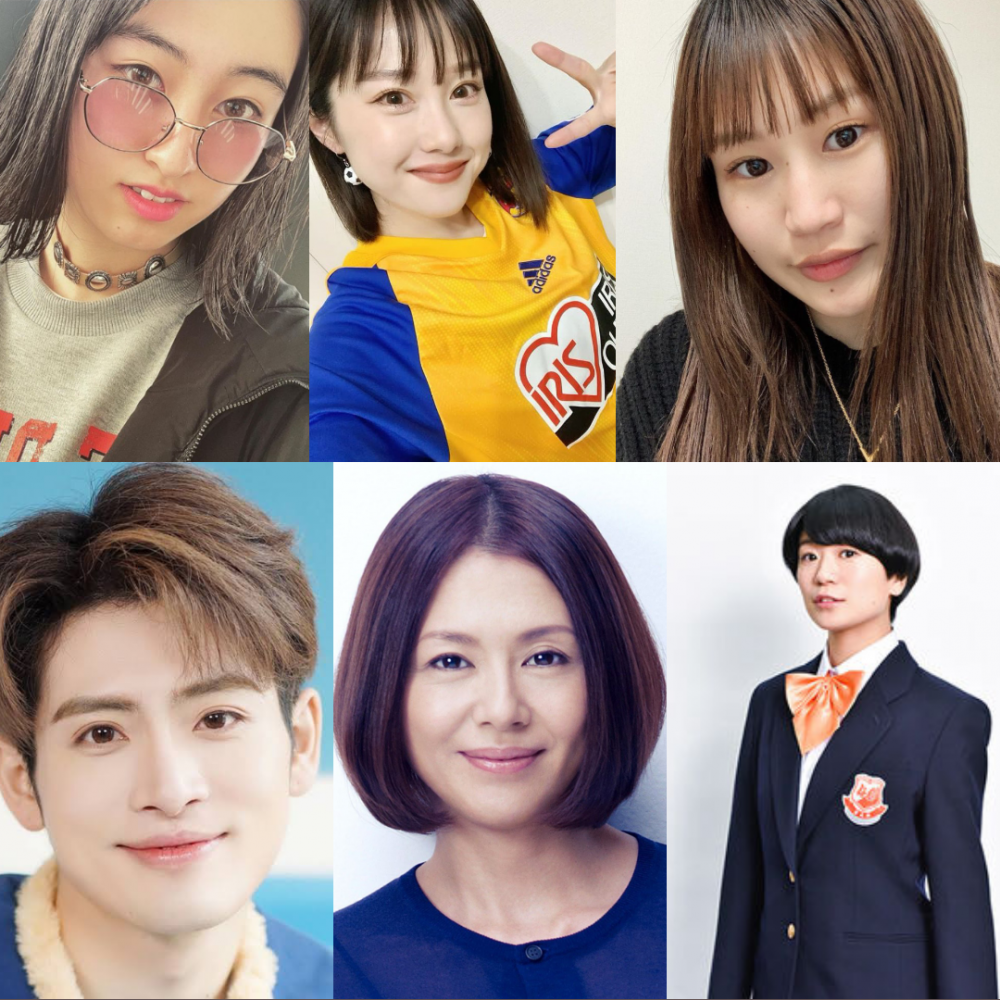