A kitten was found all alone but a cat took him in and made him part of her family. 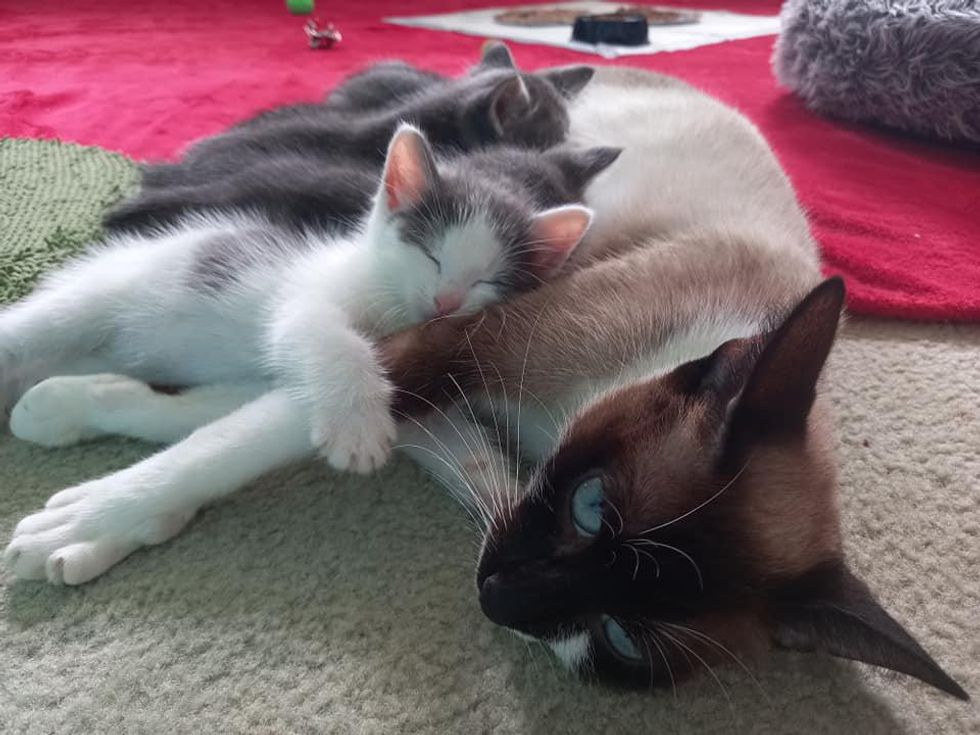 Flavian the kitten cuddling with Eleni the catBest Friends Felines

A few weeks ago, a cat and her kittens were brought to an animal rescue, Best Friends Felines, for a chance at a better life.

“Eleni (the cat) was very scared of people when she first came into our care, but it only took her a few days, and she now purrs up a storm,” Nikki of Best Friends Felines shared with Love Meow.

The doting mom came out of her shell and even let her dedicated carers assist with her precious four. “As soon as we offer a pat, she starts purring. She is also very trusting.” 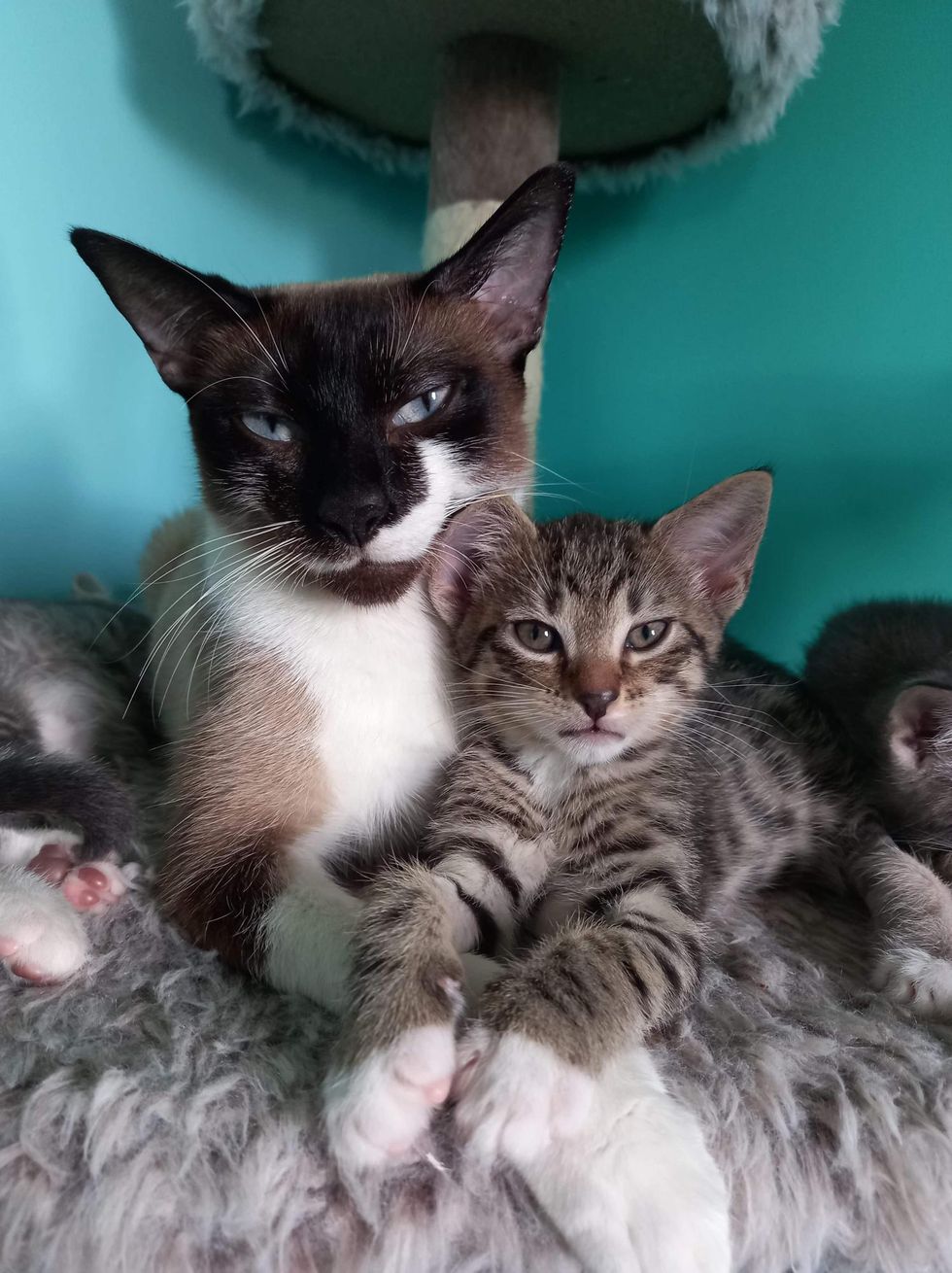 Eleni has four kittens of her ownBest Friends Felines

Around that time, a little 4-week-old singleton named Flavian arrived at the rescue, and desperately needed motherly love.

“He was found on his own and surrendered to a vet clinic,” Nikki told Love Meow. “He was very skinny when he was handed in to vets. A call was put out to see if any carers could help him. We thought we would see if Eleni would accept him, so he could have a mama and siblings.” 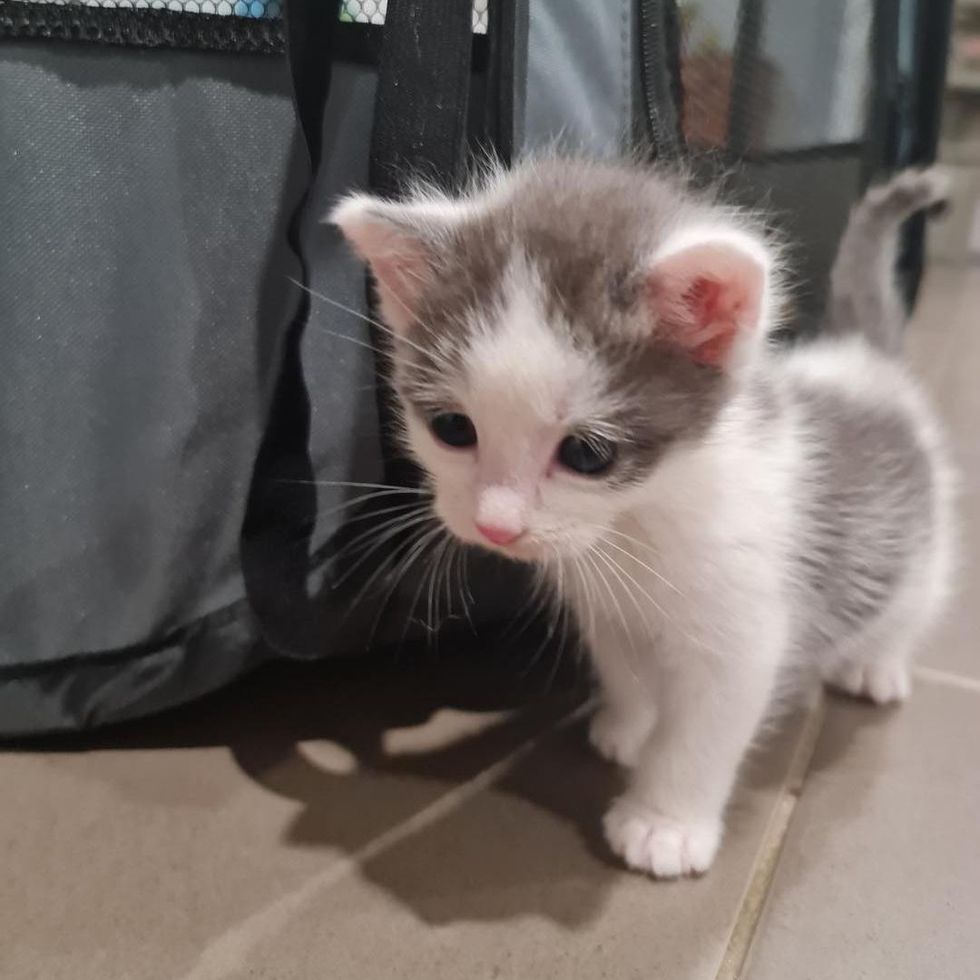 Flavian when he was at the clinicBest Friends Felines

On the day of their introduction, Eleni quickly noticed the lone kitten. She approached him and gave him a few sniffs and gentle licks.

“Eleni accepted Flavian immediately and started to groom him from the second they met,” Nikki shared with Love Meow. 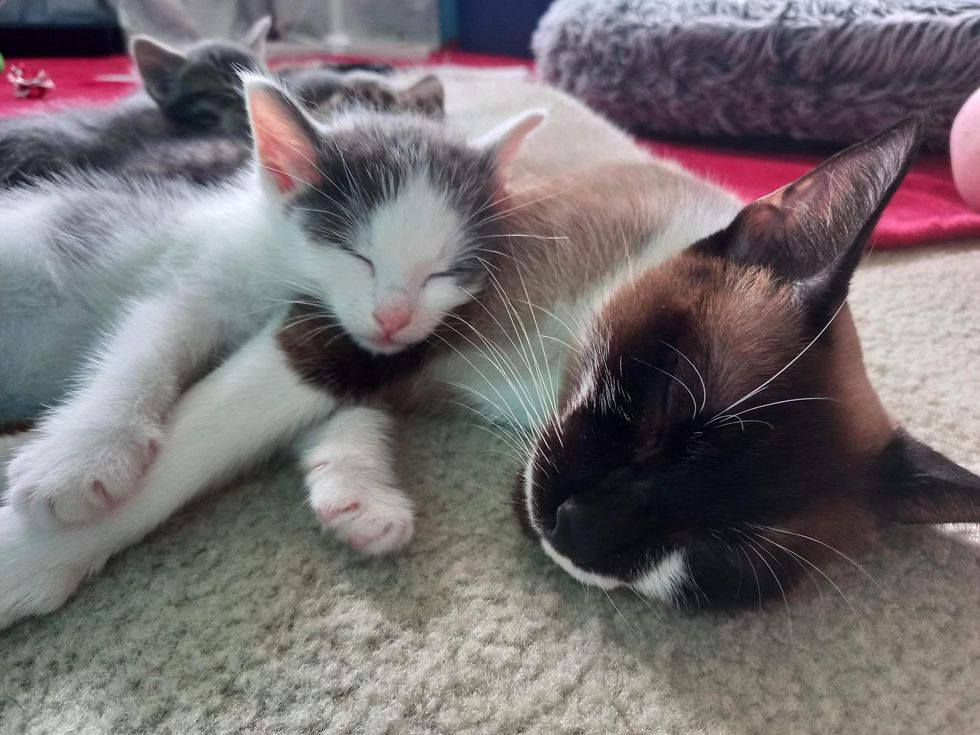 In no time, Flavian found himself an integral part of the family. He gravitated towards his surrogate mom, wrapped his arms around her when they napped, and followed in her paw-steps everywhere she went.

Sweet Eleni seemed to know just what the kitten needed and smothered him with love. “Eleni doted on him when he first arrived more than her own babies, so she made up for lost time with lots of baths and snuggles.” 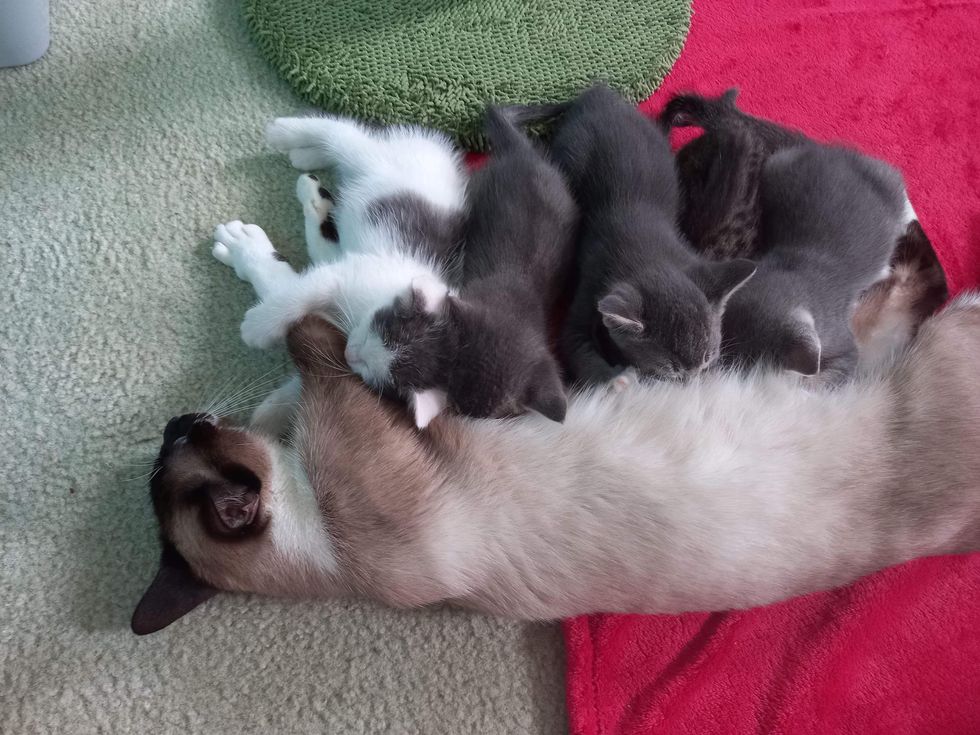 The four litter mates quickly warmed up to their new sibling, and they began scampering around the room, chasing and wrestling with each other as one big unit.

“He has been fully accepted and sleeps and plays with his new brothers and snuggles with Eleni who grooms him in return. He’s fully eating by himself and not interested in nursing, so when Eleni’s other sons are nursing, Flavian often plays then snuggles with his mama.” 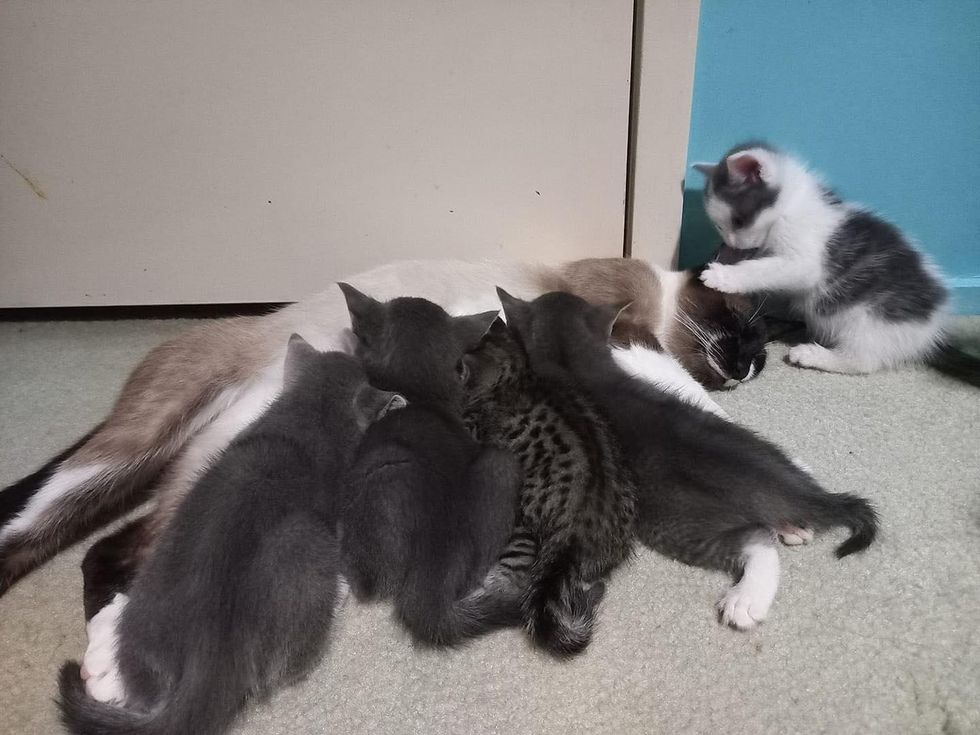 Flavian plays with mom while his brothers are nursingBest Friends Felines

Flavian who is one week older than Eleni’s own kittens, has taken the role as big brother and leads his crew by example. Shortly after he showed off his litter box skills, the rest of the kittens followed suit and all gave the box a try.

With supportive care and plenty of TLC, the kittens have learned to eat on their own and devour food like champs. They are putting on weight and gaining strength. 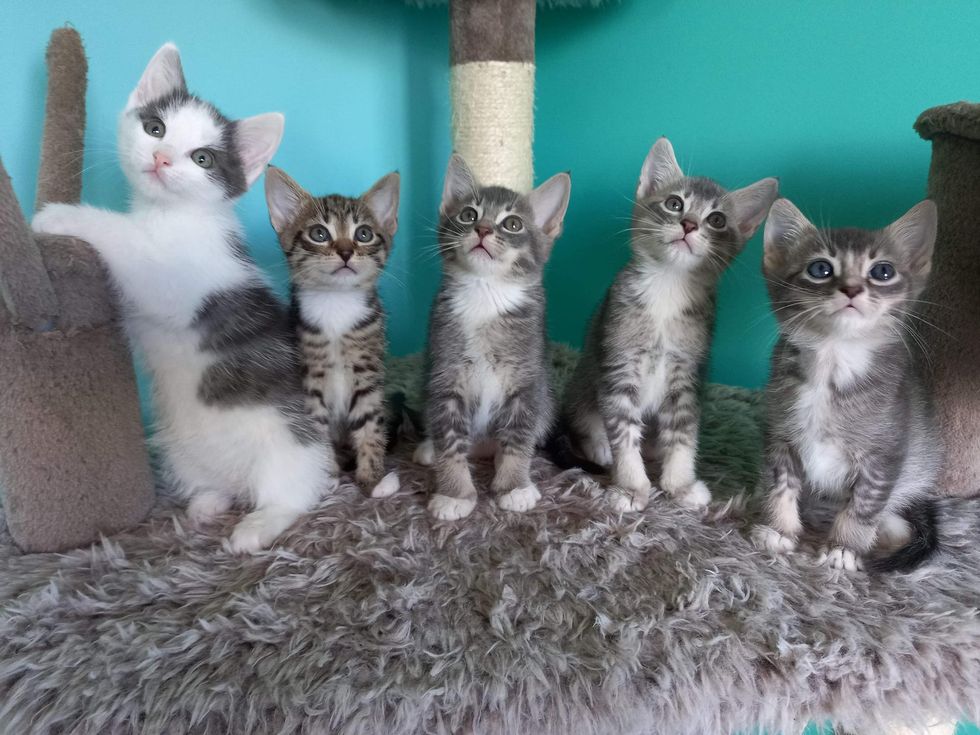 “All five little ones enjoy sprinting around the room and sneak-pouncing on mama Eleni’s tail,” Nikki shared with Love Meow.

“They loves snuggles, both with people and each other, and are often found in big kitten puddles all together around Eleni.” 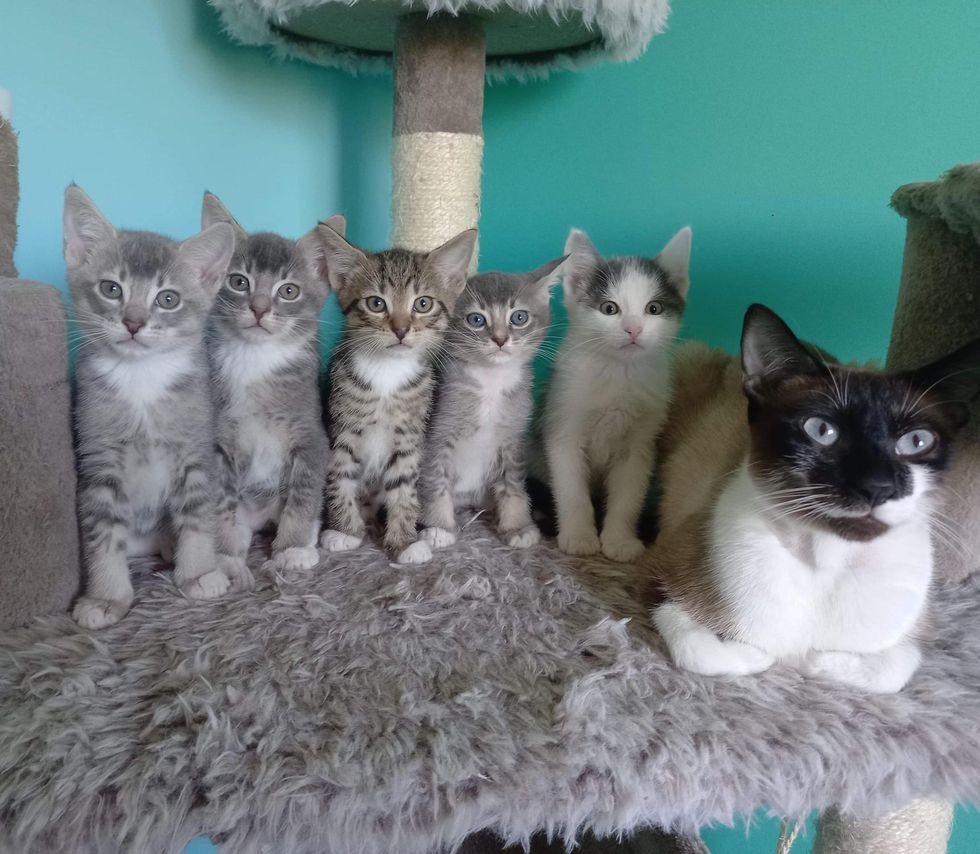 Flavian has blossomed into a confident, playful young cat. He is thriving with the amazing care of his surrogate mom, and his personality is shining through. 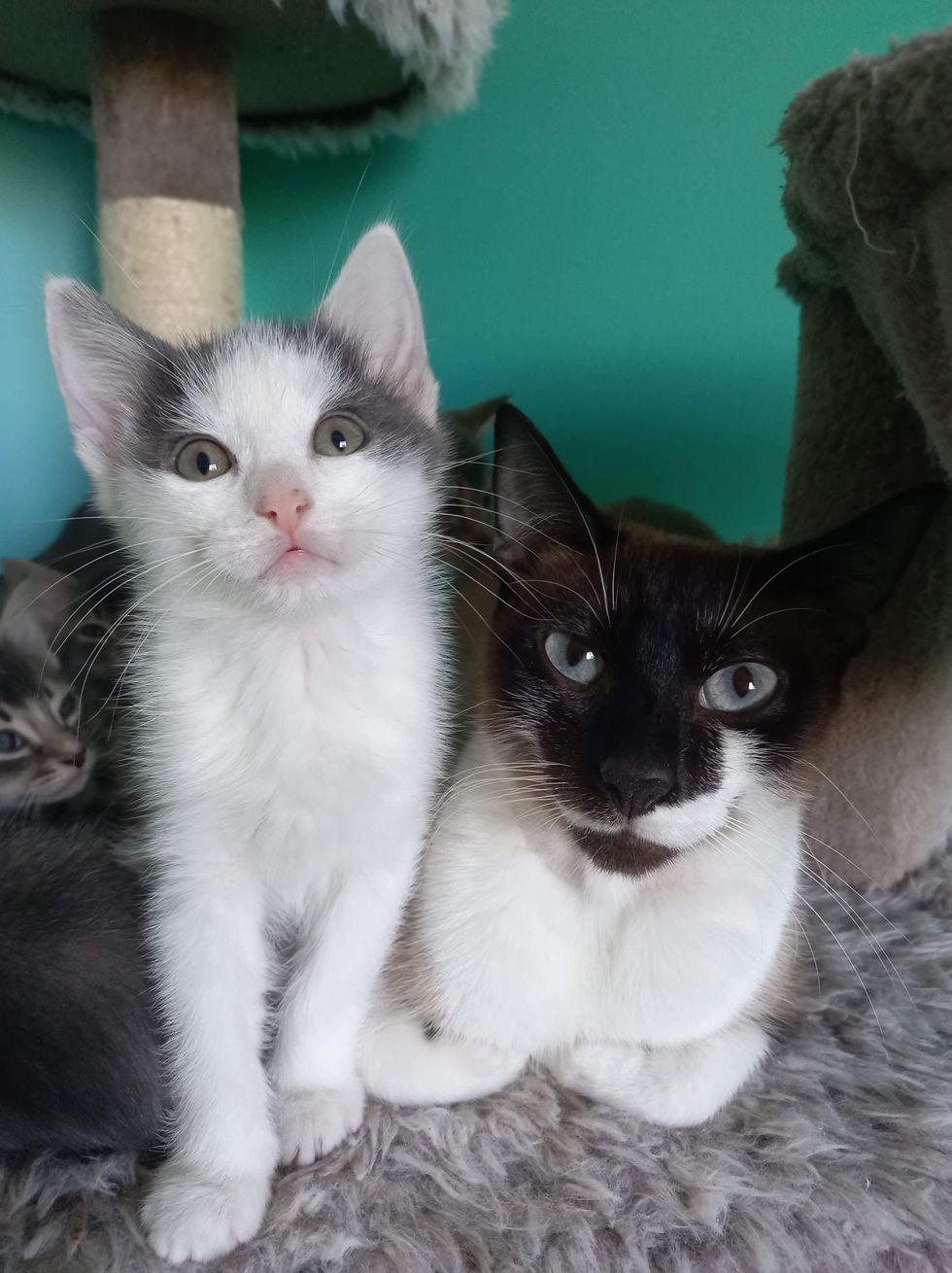 Kitten Found Left Behind in Garden, Weeks Later, They Discovered the Rest of His Family

Rescuers spotted a tiny kitten who had been left behind, all alone. Weeks later, they found the rest of his…

A little orphan kitten snuck into a nest of small kittens and decided he would be part of their family….