A kitten with a rare condition is just half the size of his siblings, but determined to live a full life. 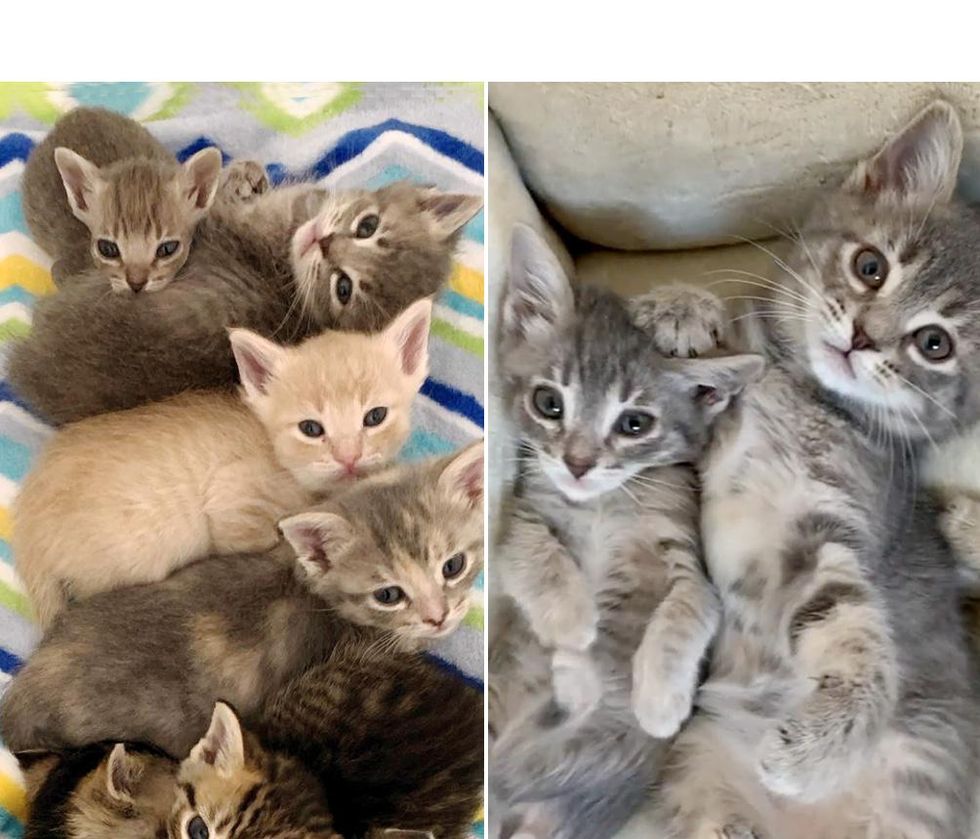 A litter of kittens was brought to Alley Cat Rescue (in Los Angeles) along with their cat mom late last year. They had been found in poor condition and were in need of medical attention. One of the kittens, Bubble Gum, was exceptionally small. At 10 days old, he only weighed 71 grams, about half the size of his litter mates.

The kittens were all battling an upper respiratory infection. Despite being so tiny, Bubble Gum showed incredible fight from the start. He latched on right away and filled up his belly with all the food he could eat.

“He would not have survived without us feeding him as the six larger kittens just pushed him out of the way (from the nursing mom),” Alley Cat Rescue shared with Love Meow. 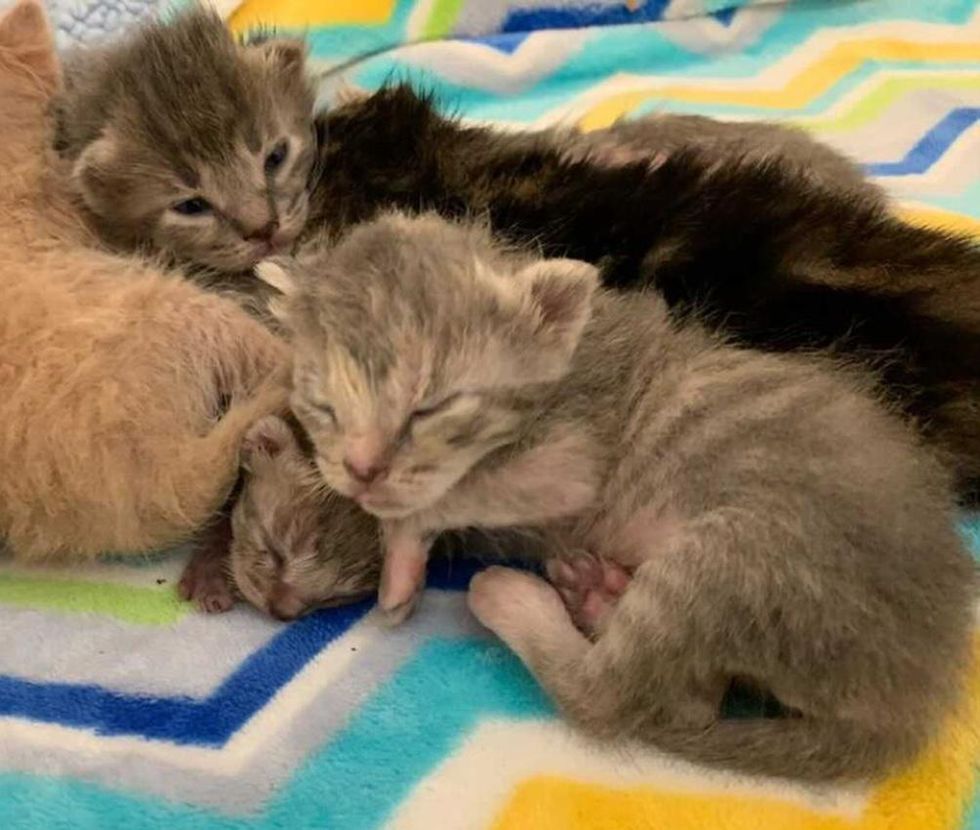 In two weeks, his weight tripled and energy soared. As soon as he got strength in his legs, he made a beeline for the litter box and tried to use it by emulating the bigger kittens.

While caretakers were seeing some positive weight gains, they noticed that Bubble Gum’s growth was slow and would stall from time to time. 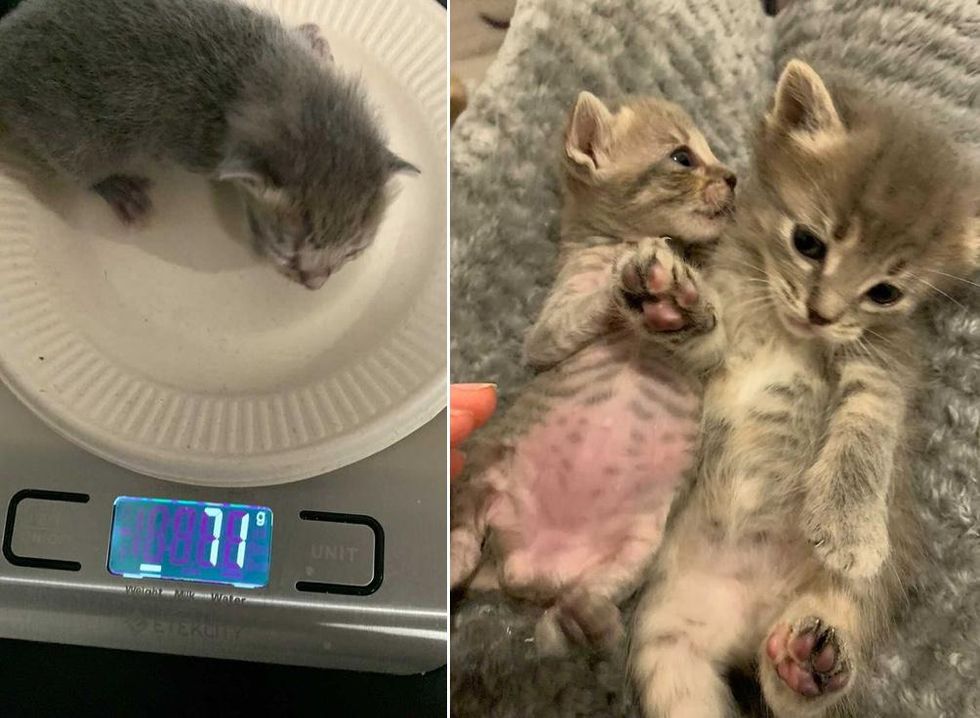 He was around seven ounces when he should have been over one pound, and his siblings were out-pacing him. After several tests without a diagnosis, they continued to monitor his progress while feeding him by hand to ensure he got food every few hours.

“His weight was creeping slowly while his litter mates were growing fast,” the rescue said. “He is always cuddled with them, and is the first one out the door when we open it, with a tiny, shouty meow.” 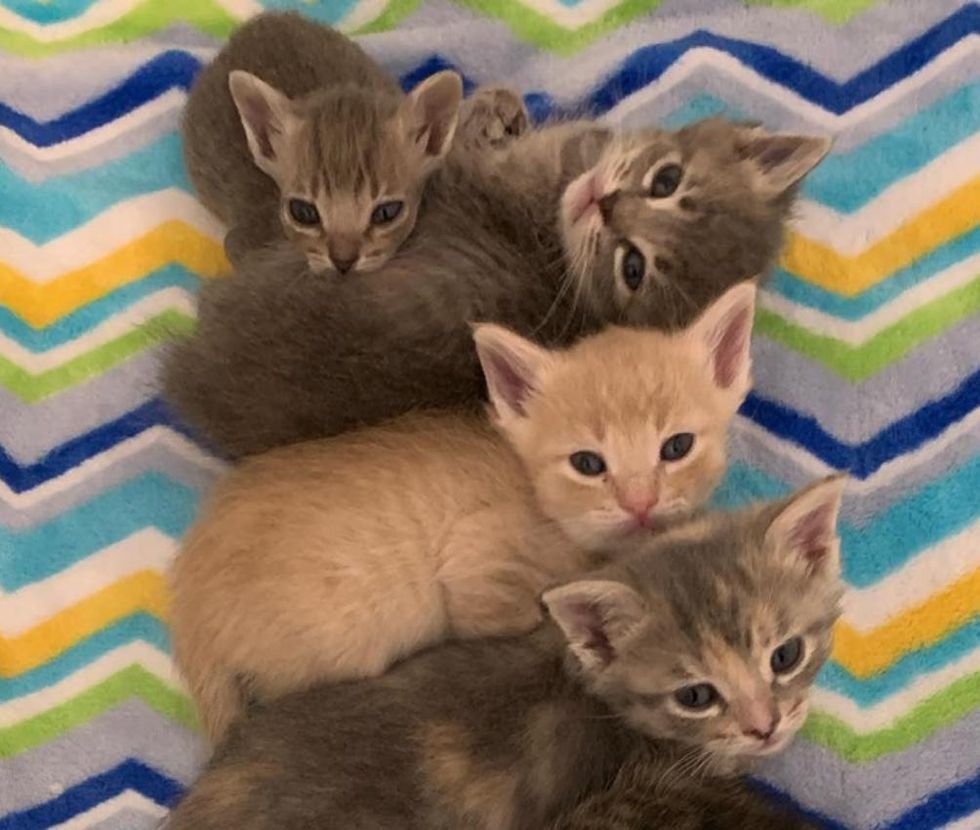 Bubble Gum was given one-on-one, undisturbed nursing time with his cat mom while being supplemented around the clock. At two months old, he reached the one-pound mark.

“He was just a couple of ounces when we got him, and it took a lot to get him to this huge milestone,” Alley Cat Rescue shared with Love Meow. 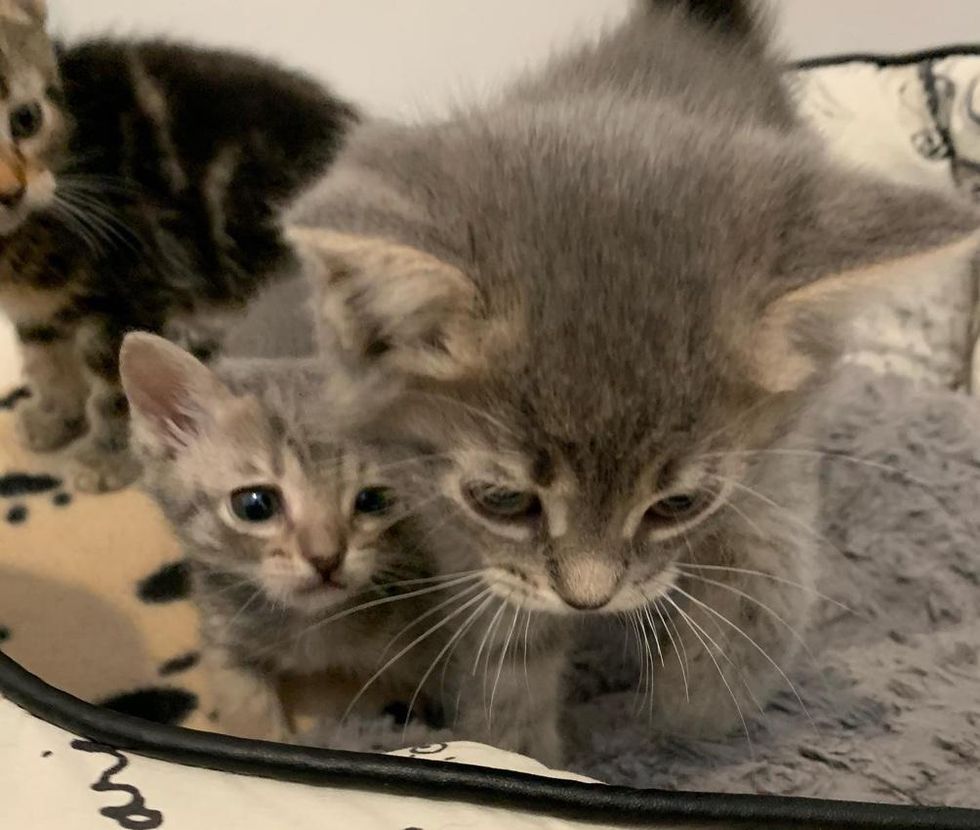 While other kittens entered their rambunctious teen phase, he was still very tiny but refused to miss out on any action.

“He was not quite big enough to jump over the (playpen) walls, but smartly climbed up the scratch post while we were cleaning. He would chase your feet, climb on laps and snooze.” 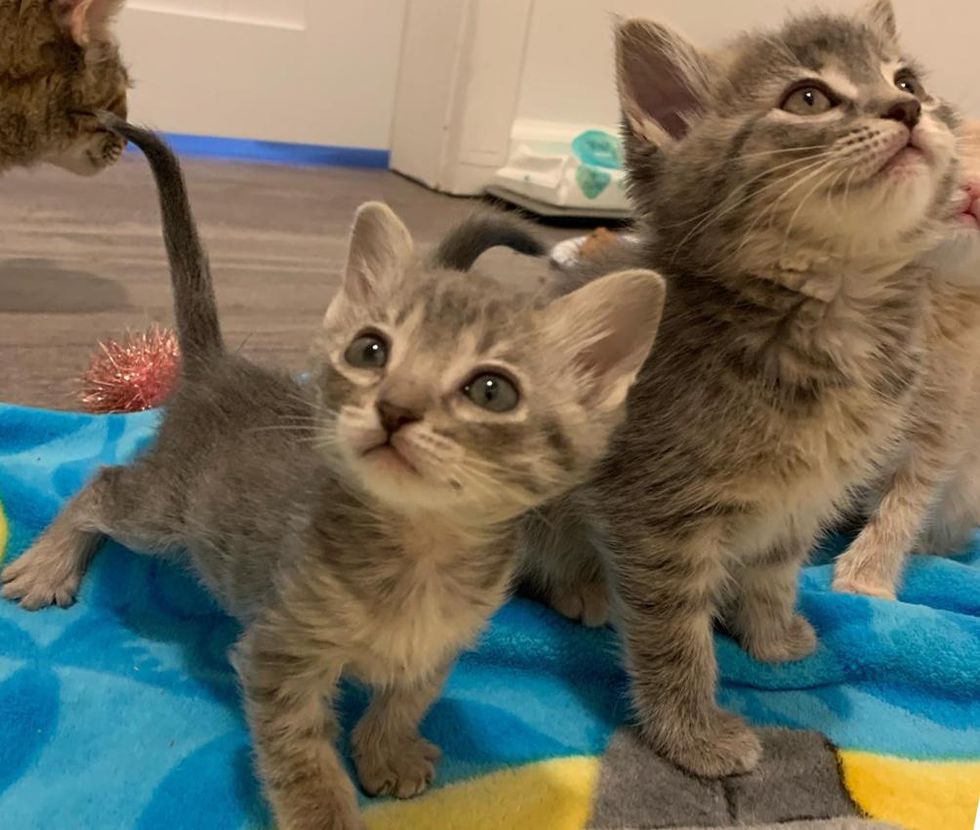 Watch sweet Bubble Gum and his siblings in this cute video:

Bubble Gum continued to exhibit some health concerns despite the painstaking care.

“While he always tracked low and we did several tests, including thyroid that came back normal, we decided to see an internist to do an ultrasound and more tests,” Alley Cat Rescue shared. 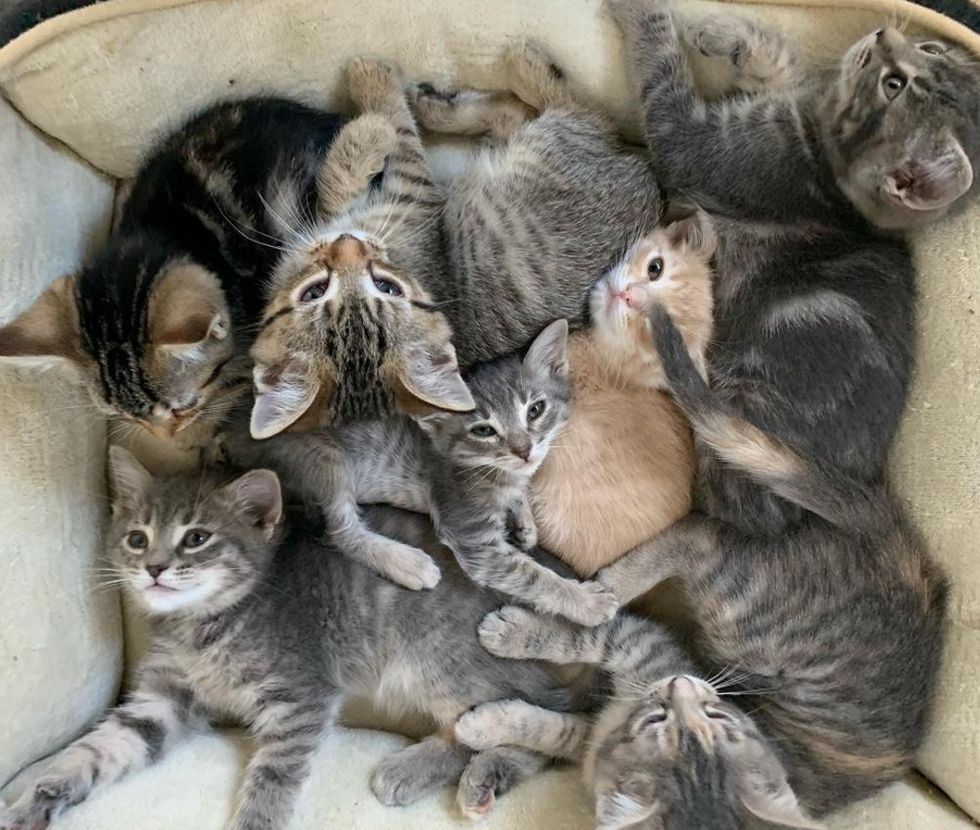 After months of searching for an answer, Bubble Gum was officially diagnosed with a liver shunt, a congenital defect (rare in cats), which causes blood to bypass the liver. 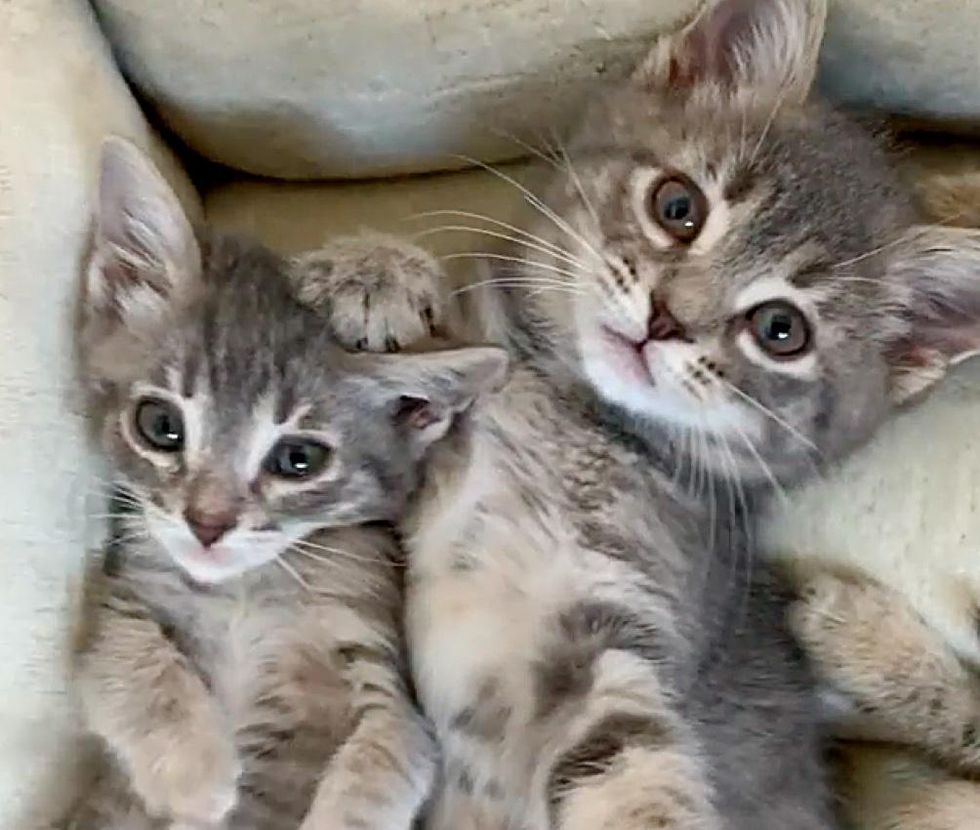 “We are working our way through the information, his diet needs, medication and keeping Bubble Gum happy and loved!”

When Bubble Gum was on his way home from the specialist, he purred up a storm and played with sunbeams coming in the window, without a worry in the world. “He is a feisty, pocket-sized rocket.” 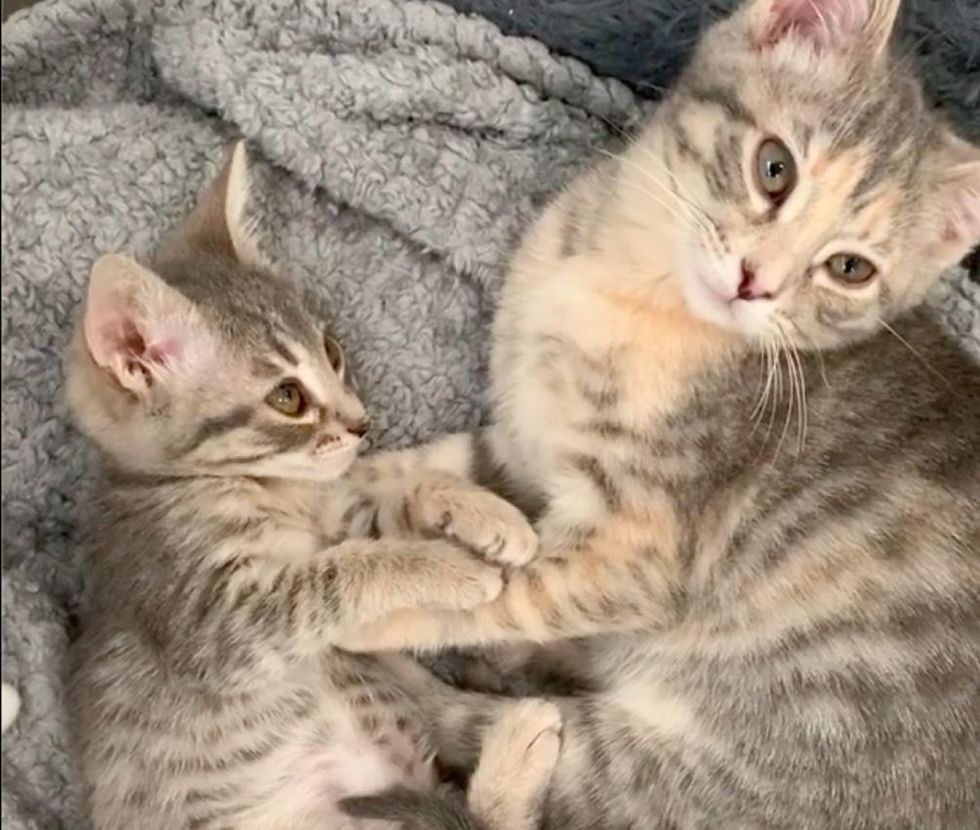 The sweet kitten has overcome many obstacles and continues to live life to the fullest. His caretakers are fighting alongside him to ensure quality of life for the deserving little guy.

He looks small next to his siblings, but he is now finally over two pounds. 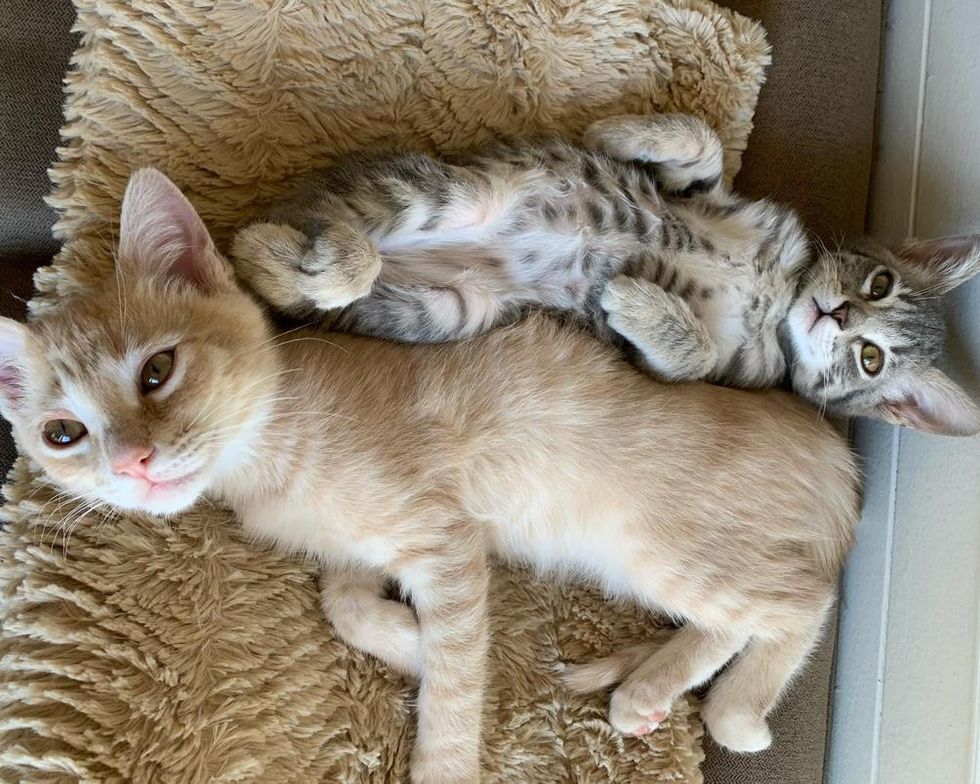 Bubble Gum is working his hardest to catch up to the rest of the litter. He loves food and is quite the mischief-maker, but nothing makes him happier than sitting next to a buddy and cuddling away. 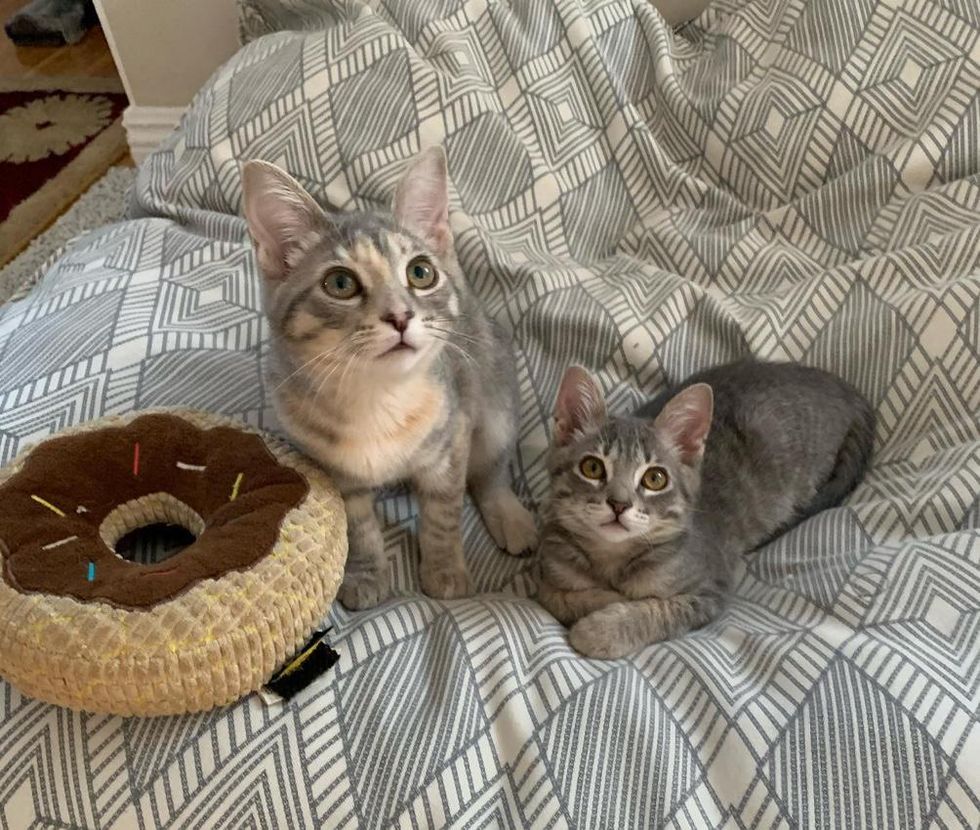