Two kittens who were found separately as orphans, crossed paths one day and became bonded friends. 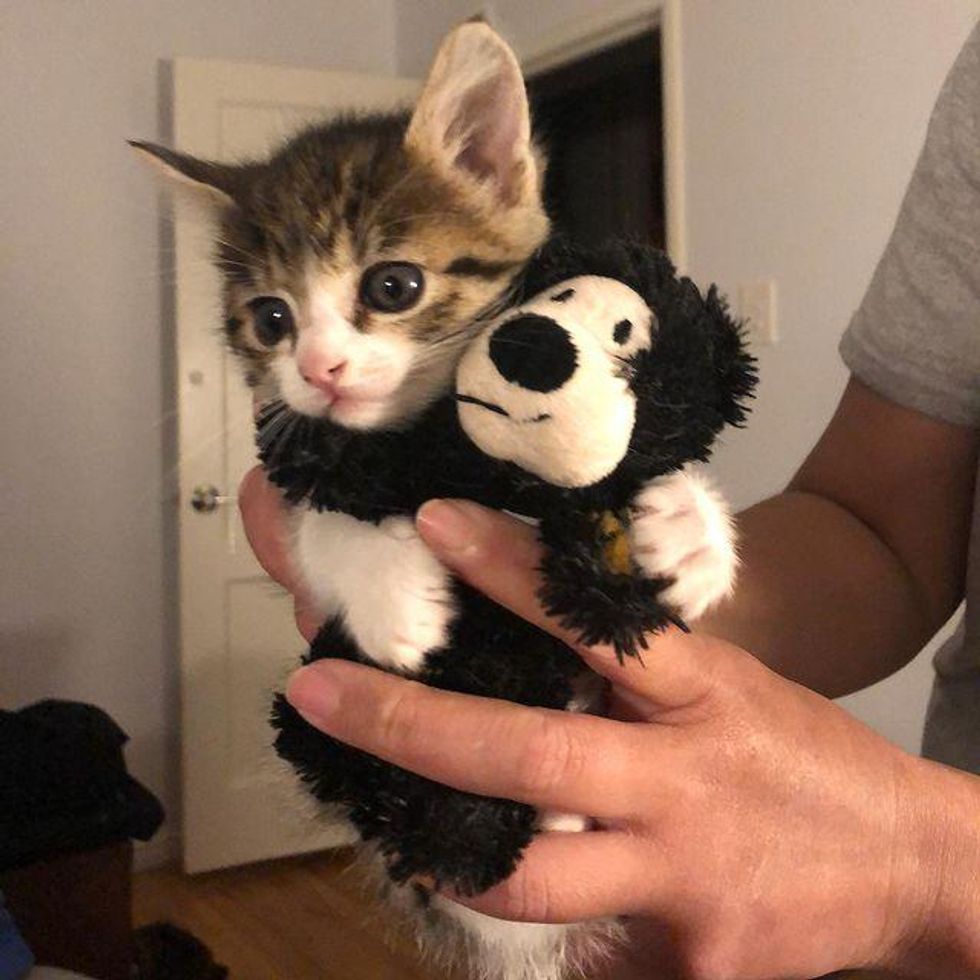 A little brown tabby was found with a paw caught in a mouse trap and brought to Saving Grace Rescue in San Francisco, California for a chance at a better life. She bounced back on her feet and was named Sunshine for her happy, sweet-natured personality.

Soon after she arrived at her foster home, Sunshine made it very clear that she never wanted to be a singleton again. She would clutch onto a cuddle toy her size or curl up in her foster parents’ lap whenever they were around.

Knowing that she could benefit from having a friend, they kept a lookout for another foster at a similar age. A few days later, Saving Grace Rescue was contacted about a 3-week-old orphan with an injured tail. 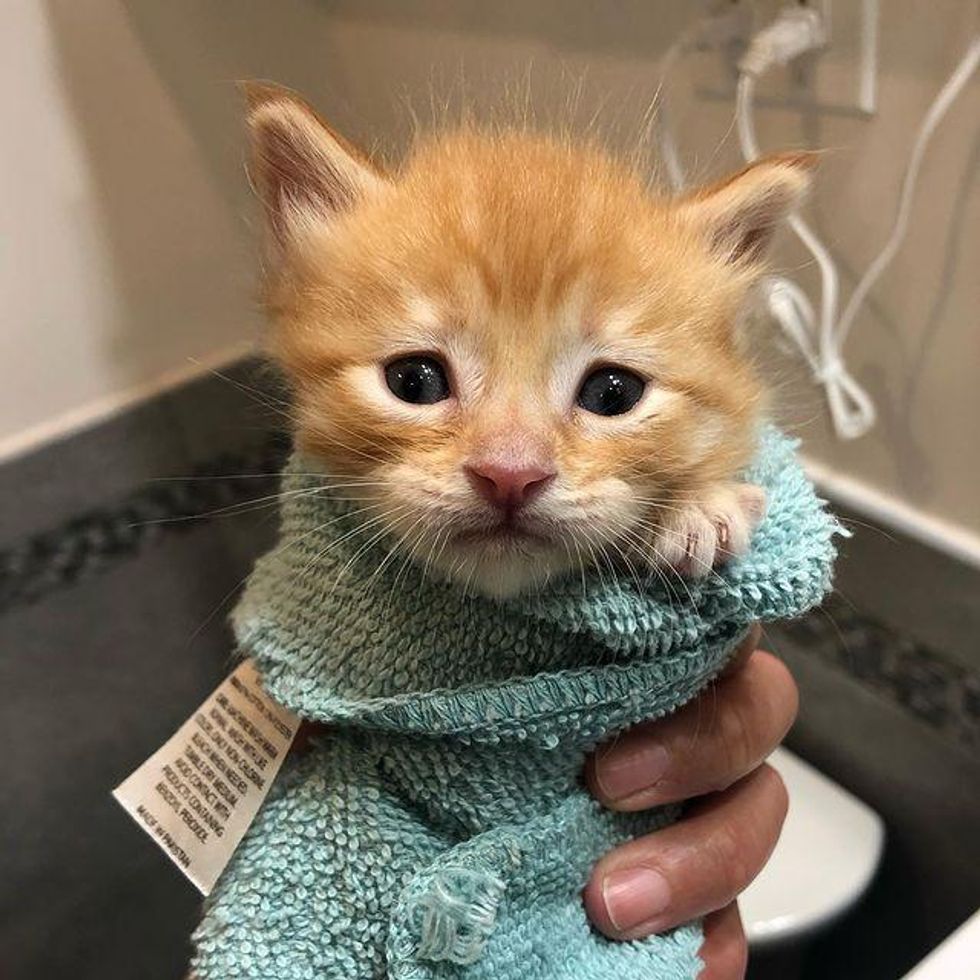 The palm-sized kitten, Cheddar, had a pair of worried eyes and a big voice. Joyce, Sunshine’s foster mom, took him into her care, so he could start his healing process in the comfort of a loving home.

While he was being treated and monitored, Sunshine heard his meows and impatiently waited for their eventual meet-and-greet. 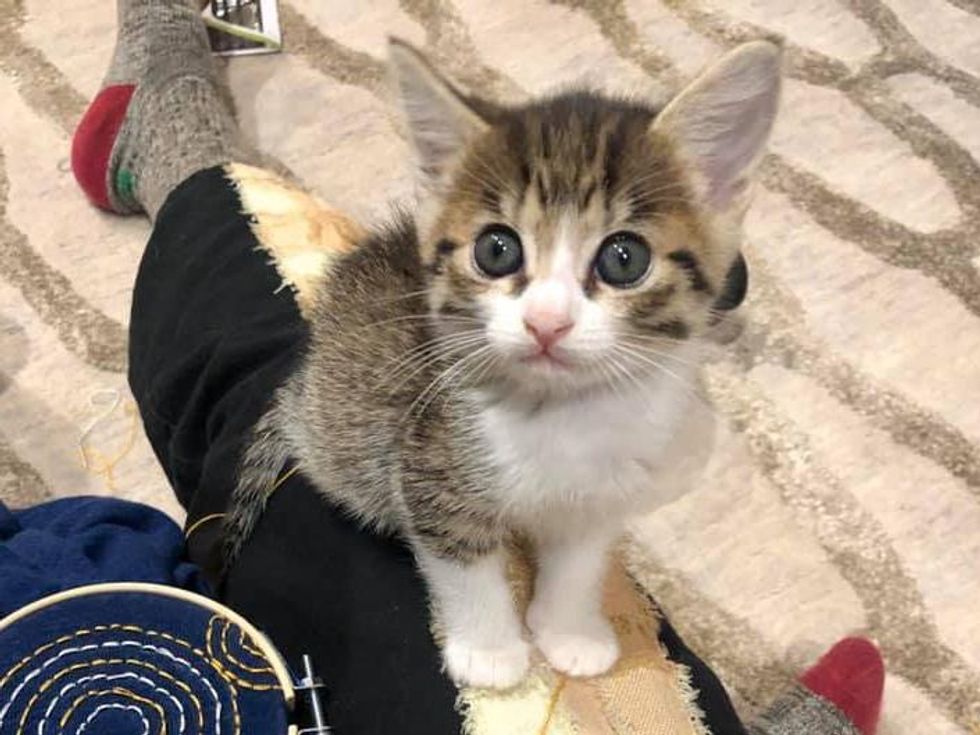 When the time finally came, the sweet brown tabby made a beeline to the new kitten and gently patted him on his back. It was as if she gave him her seal of approval and that she was ready to play.

Cheddar, who was smaller in size, was so happy to have a sibling to snuggle with. He turned on his purr motor and kneaded away on her back when they were cuddled together. 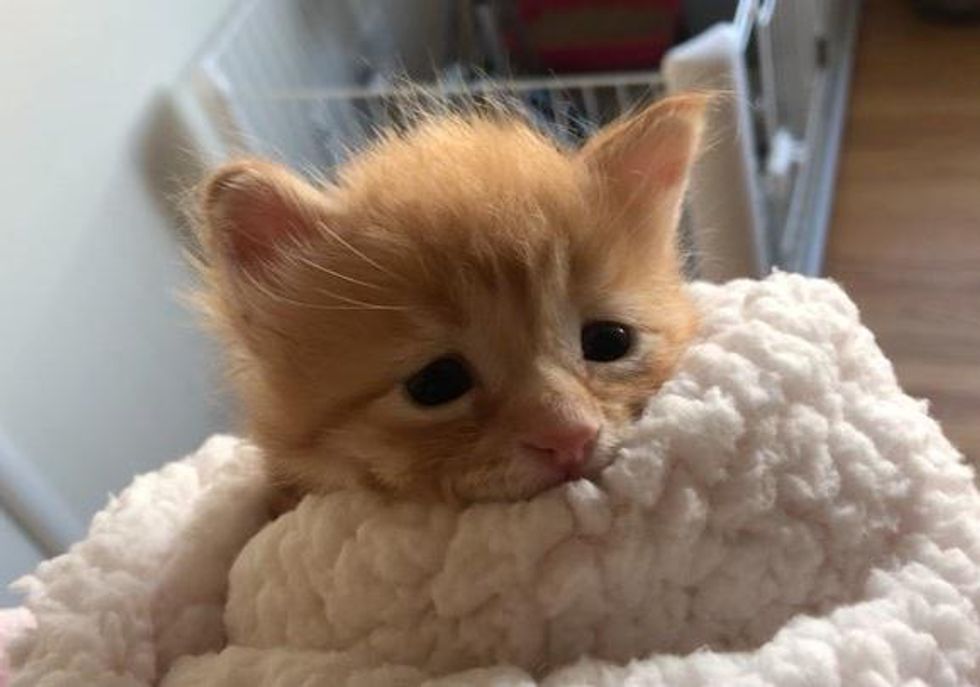 The two kittens became instant friends as if they had always been litter mates.

“They were both singletons, so I think they really enjoyed having each other. They played, slept and shared each other’s dishes together,” Joyce shared with Love Meow. 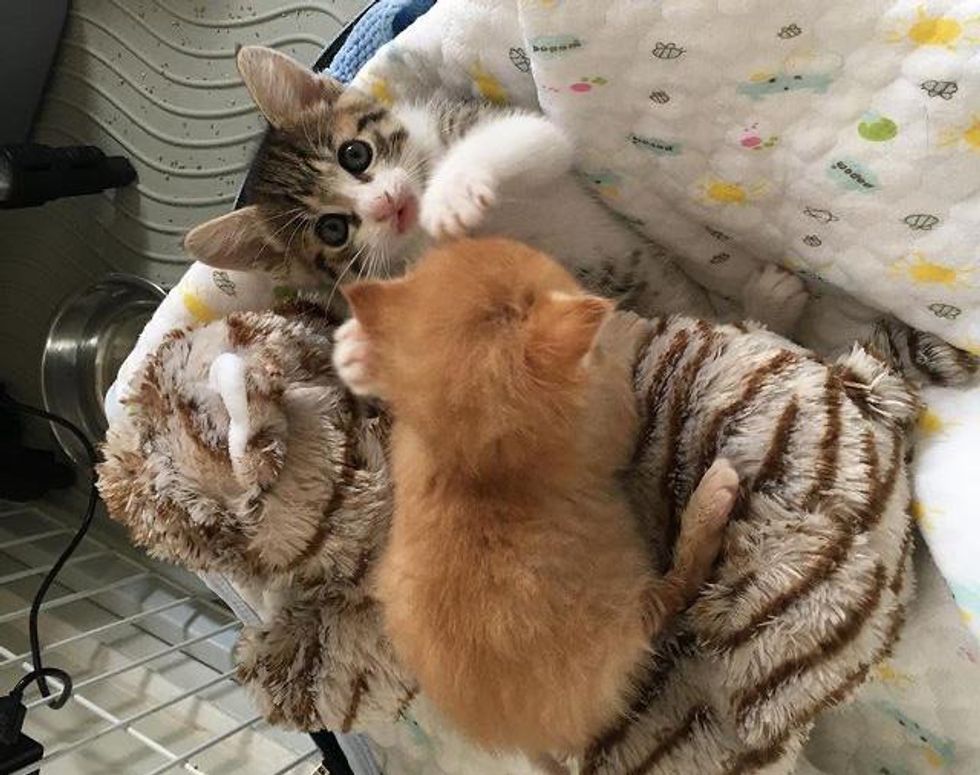 While Cheddar was honing his gait, Sunshine never left his side, walking around him, cheering him on. By the time, the ginger gained more strength, he didn’t hesitate to wrestle with his big sister.

Despite being a bit younger, Cheddar held his own when they played, and kept his sister on her toes with his unbridled energy. 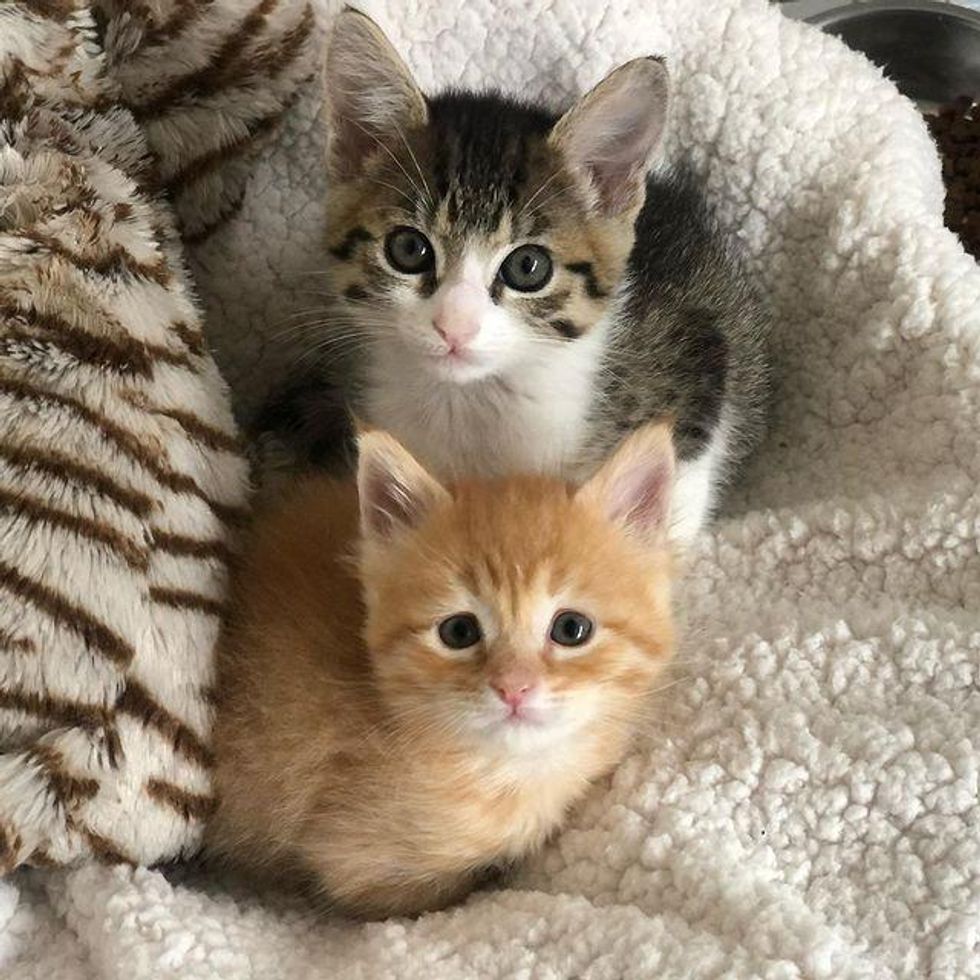 Sunshine watched over him every step of the way and encouraged him to try new things. She egged him on when Cheddar took his first steps on the stairs.

Watch Sunshine and Cheddar in this cute video:

Over the next few weeks, they grew into happy, healthy, rambunctious teenage cats, and their bond became stronger than ever. 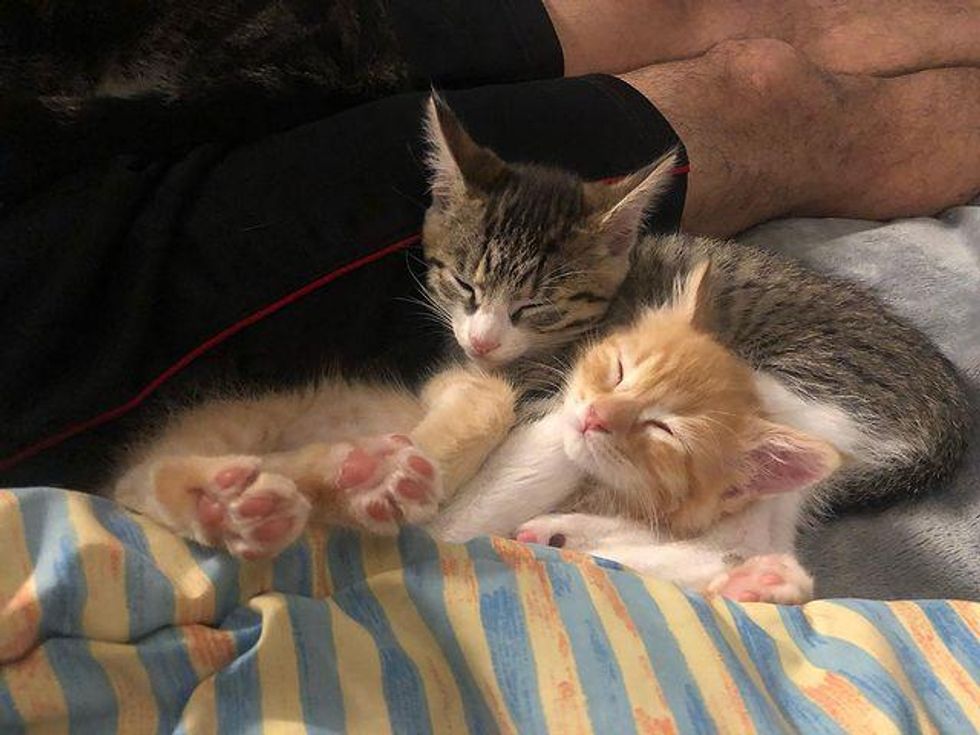 It was clear from the start that these two best friends depended on each other and couldn’t be separated. Sunshine took the role of big sister and Cheddar followed in her paw-steps.

In the morning, they cried in perfect harmony for breakfast. They hung out with the resident cats together and ventured and explored around the house as a duo. 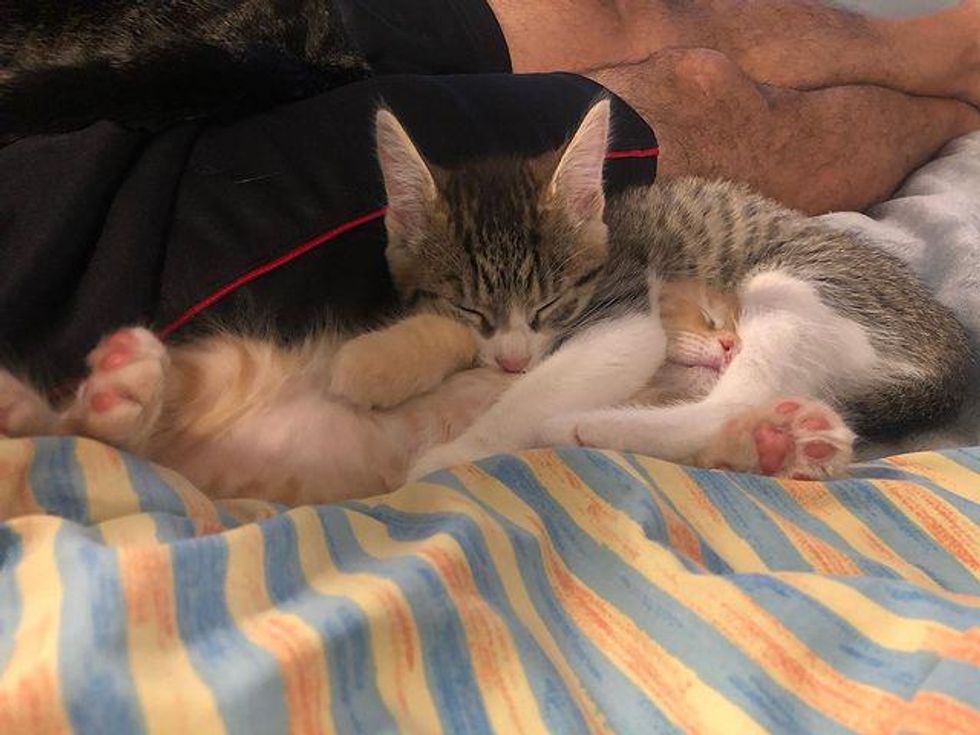 When they were ready to spread their wings and fly, the rescue hoped this adorable bonded pair would stay together forever.

Cheddar grew by leaps and bounds but his worried face never changed. 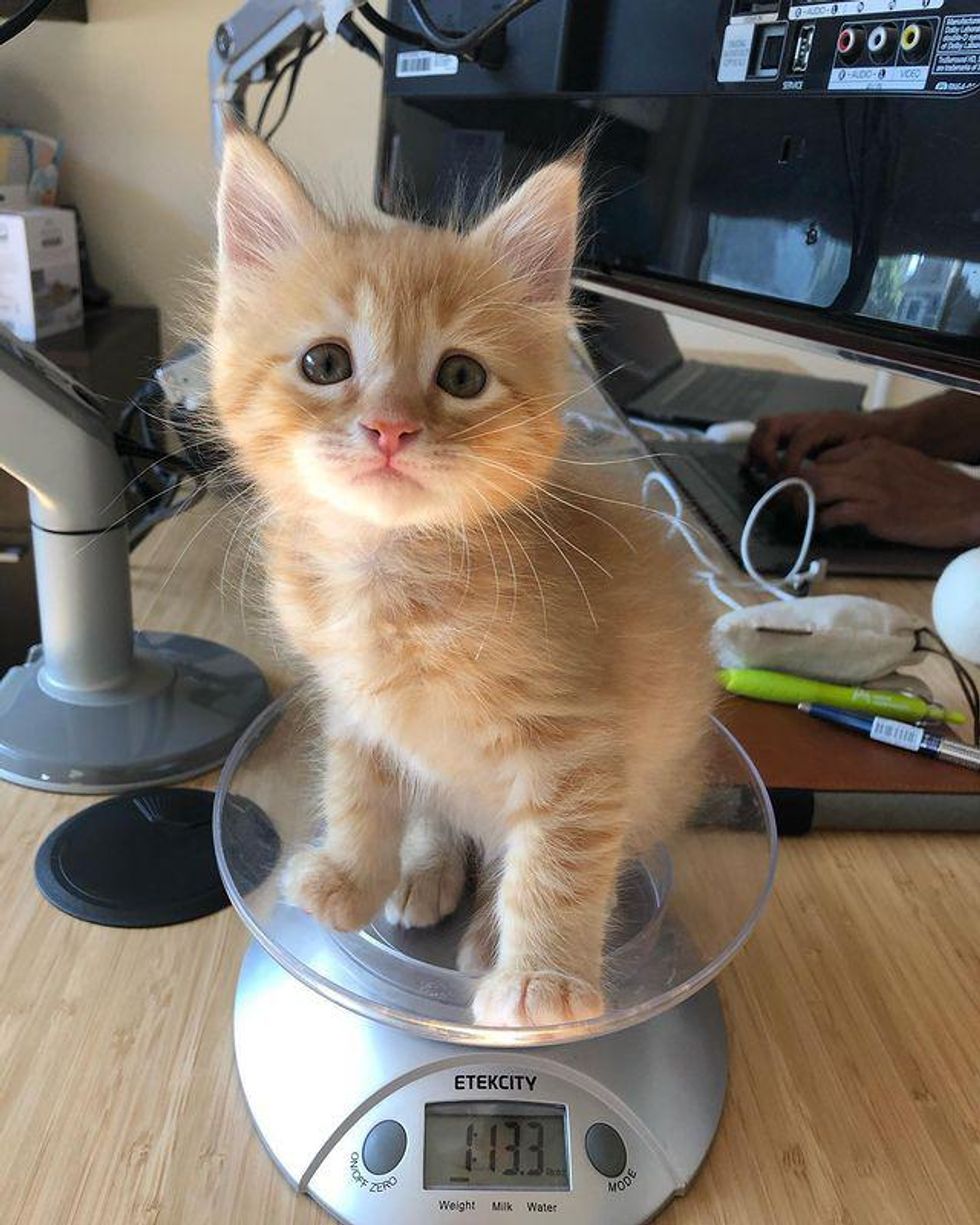 After weeks of journeying in their foster home, the two best friends had their dream come true when a wonderful family adopted them together.

They quickly settled into their new abode and even met their canine sister Panko. They hit it off right away and even shared nap time together. 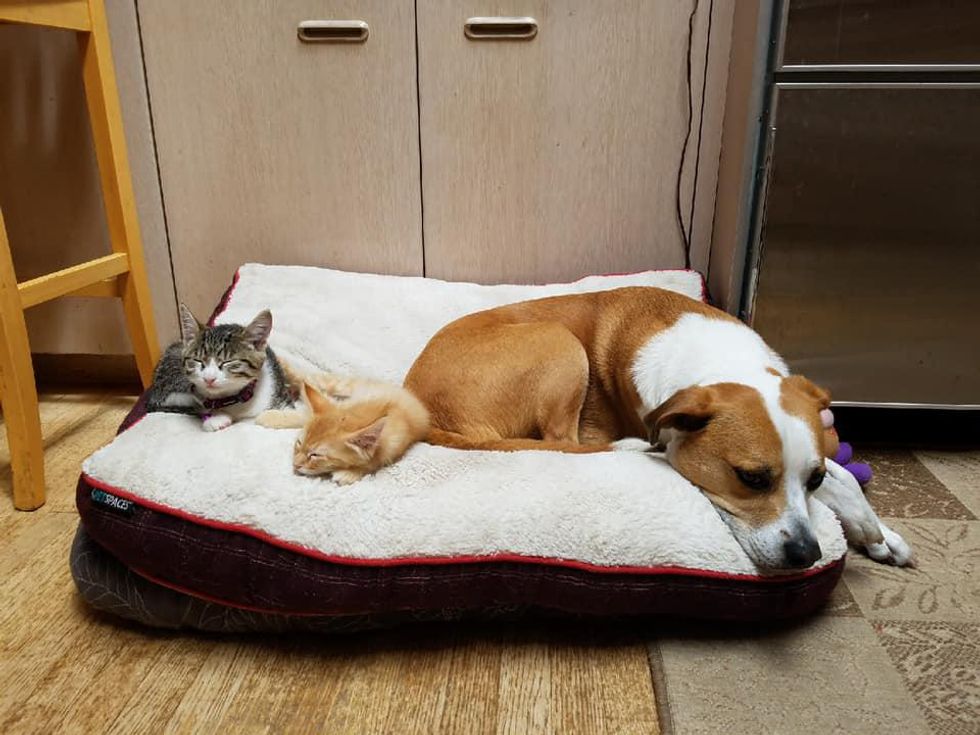 The duo quickly expanded into a trio when the kittens (now renamed Mikan and Jima) took to their canine friend as their own.

The two share every moment together and bring endless entertainment to their forever family. 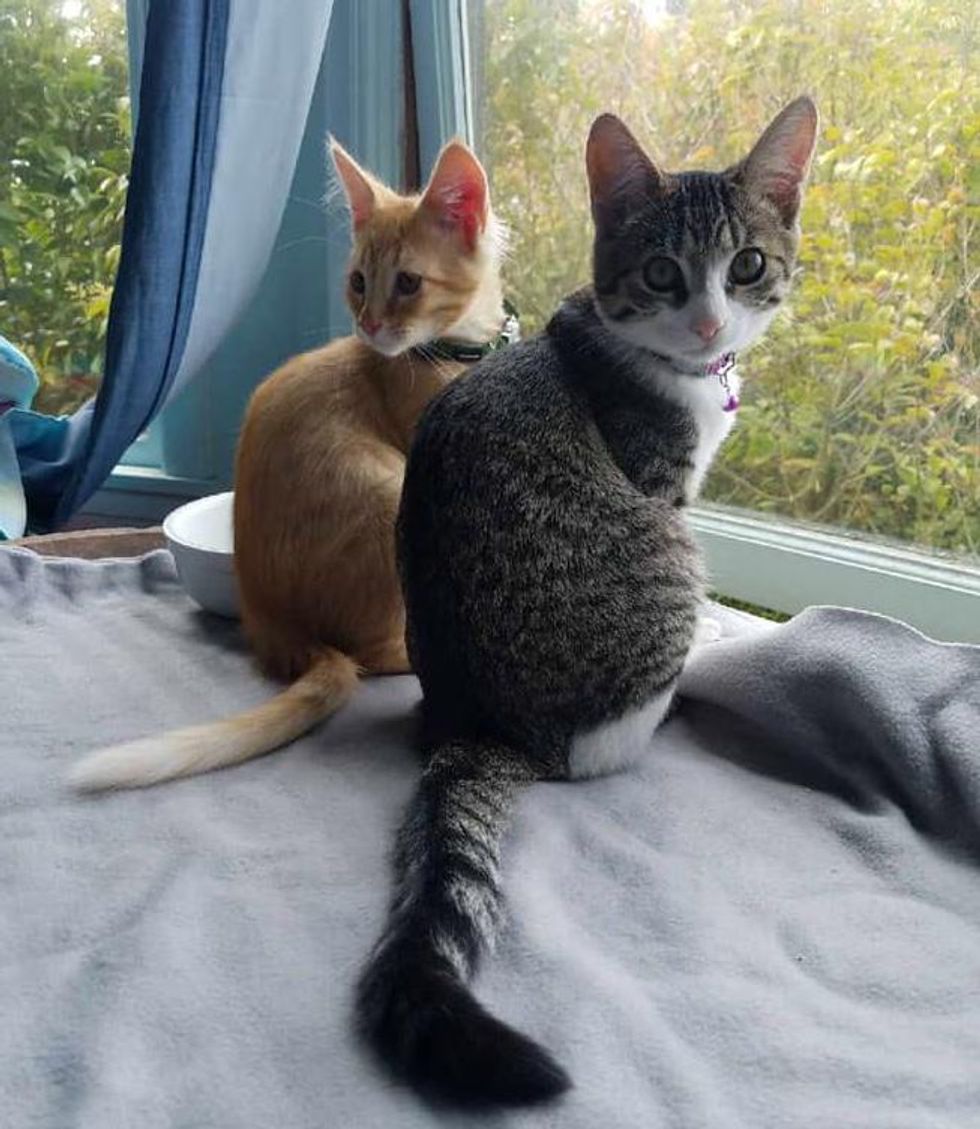 They are all grown up now, but some things never change. 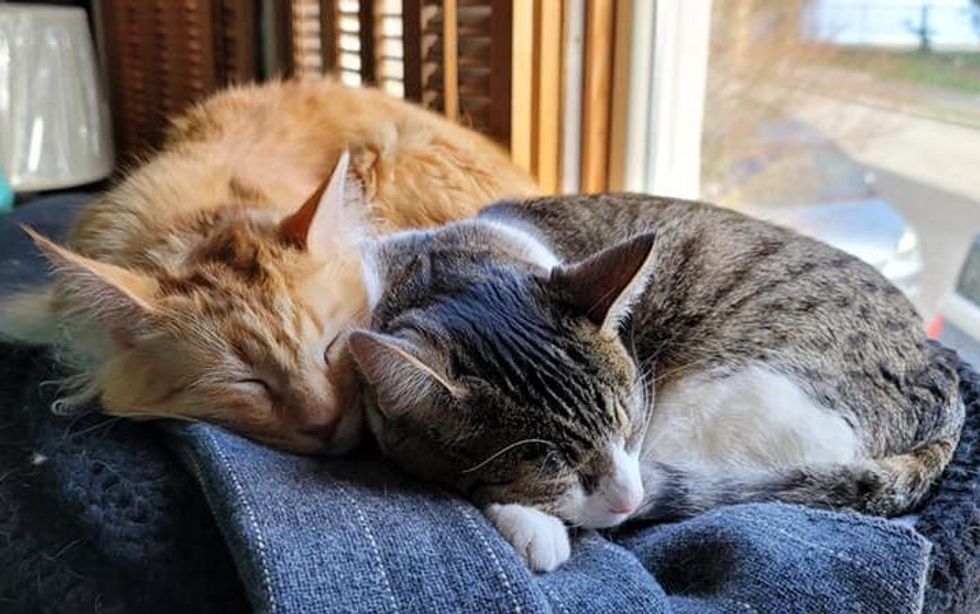