Liam Payne revealed that he recently spoke with his former One Direction bandmate Harry Styles during an Instagram Live on Wednesday.

The 27-year-old took a break from speaking about his upcoming entrepreneurial interests in order to answer a fan’s question regarding if he and the Watermelon Sugar singer were still in contact.

The hitmaker enthusiastically responded to the inquiry and noted that he and the 27-year-old songwriter had recently spoken and that he greatly appreciated the call. 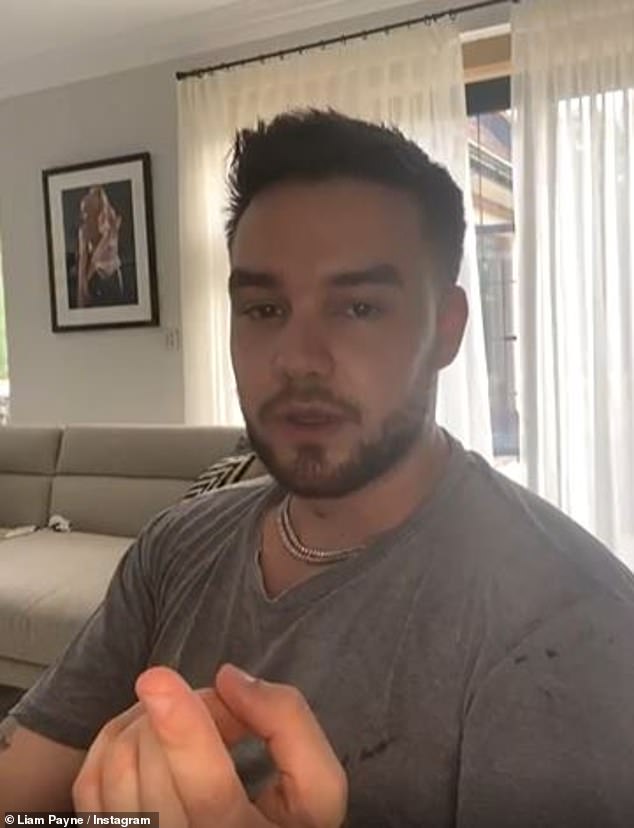 Staying in touch: Liam Payne revealed that he recently had a ‘really lovely’ phone call with his former One Direction bandmate Harry Styles during an Instagram Live that was released on Wednesday

Payne bluntly stated, ‘Yeah, I did speak to Harry, and it was really lovely.’

The former X Factor contestant went on to note that Styles had reached out to him simply to check on his friend in case something was wrong in his life. 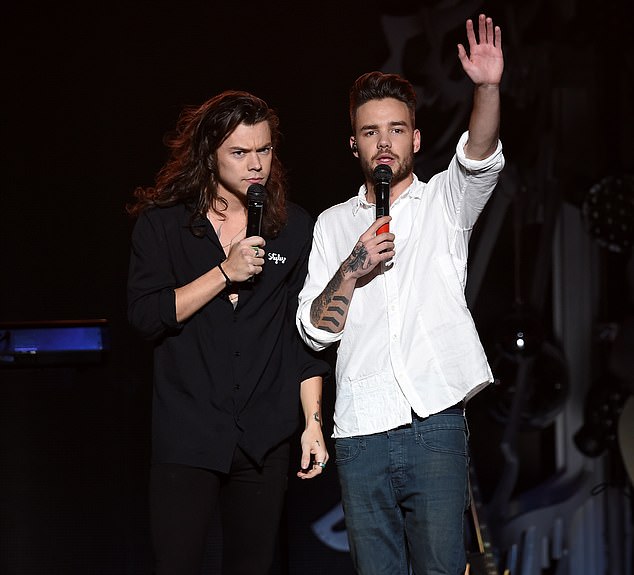 Attentive friend: The singer expressed that Styles ‘has a sixth sense for if I’m struggling or if one of us is in trouble’; the two are seen performing in 2015

Payne expressed that ‘it was a really lovely catch-up actually. And I’ve got a lot of love for the man. He’s great, he’s really, really great.’

The singer did, however, express a bit of regret about the fact that the two were not nearly as close as they once were.

‘It’s hard in this position sometimes, you’re watching people’s stories from afar that you used to know so well,’ he remarked.

He also surmised that all of his former bandmates felt the same way, stating: ‘That can be difficult when you feel like a piece of you is missing with them at that point, I guess. And I think we’ve all felt this at different times, me and the boys.

‘It’s almost like missing a very dear friend a lot of the time. Everyone’s so busy and you have to be understanding of that,’ he added. 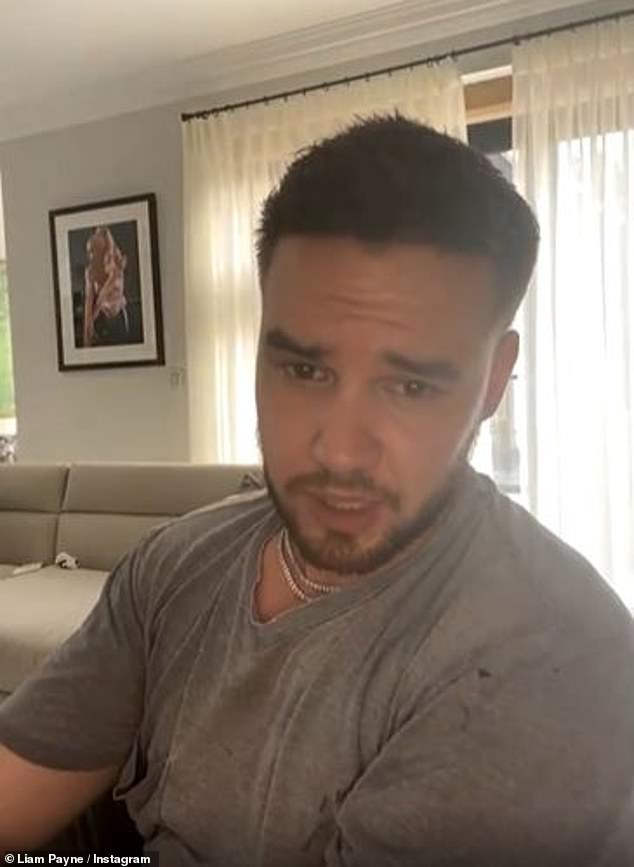 Getting real: The hitmaker expressed that it was difficult to be ‘watching people’s stories from afar that you used to know so well’

Payne went on to remark that he was enthusiastic about the idea of a get-together with his old friends and that the idea of seeing his bandmates again would be seriously nostalgic.

He expressed, ‘I’d love for us to get in a room at some point. I think it would be the best thing.’

The singer concluded that all of the other One Direction members had entertained the idea of coming together again, although they had not set anything in stone at that point.

‘We’ve all said it outside but we’ve just not said it to each other,’ Payne said. 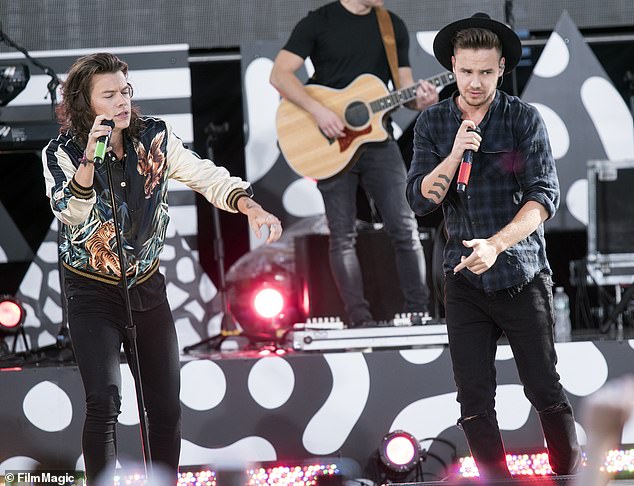 Holding out hope: Payne concluded the Instagram Live video by expressing that he would ‘love for us to get in a room at some point’; he is seen performing with Styles in 2015

Payne and Styles, as well as their other bandmates Niall Horan, Zayn Malik and Louis Tomlinson, were first brought together in 2010 after they separately auditioned for The X Factor.

Series creator Simon Cowell and former guest judge Nicole Scherzinger have both claimed that they originally assembled the five singers.

Although they did not win the competition, the group stayed together and released the chart-topping single What Makes You Beautiful in 2011. 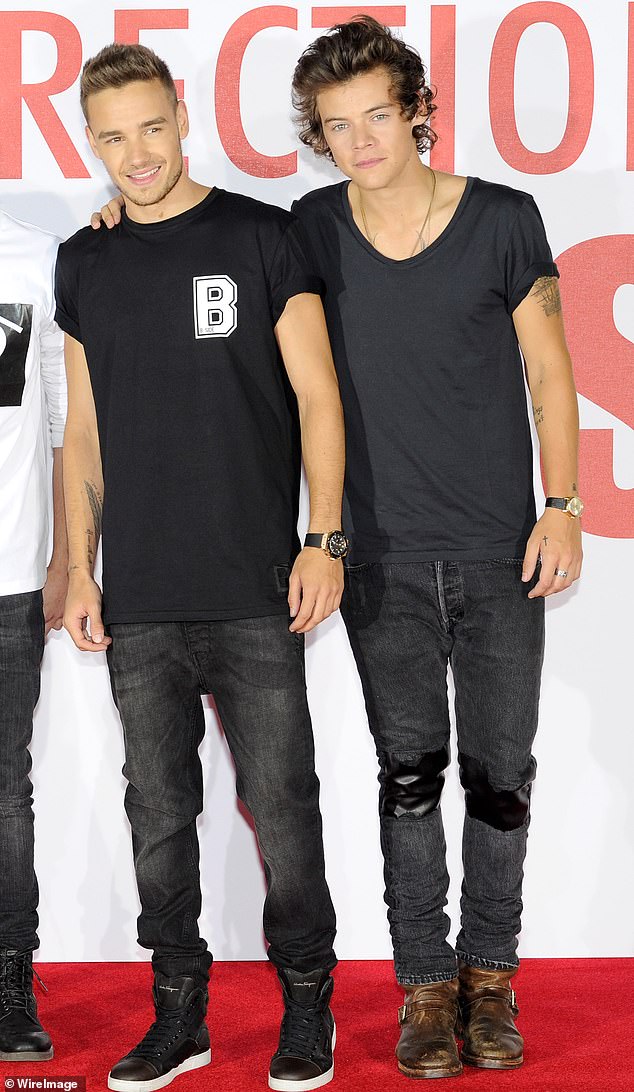 Assembled group: The five members of One Direction were brought together after they separately appeared on The X Factor in 2010; Payne and Styles are pictured in 2013

The group went on to enjoy several years of extreme success and released a total of five albums during their time together.

However, Malik left to pursue a solo career in March of 2015, and although the remaining members chose to keep performing together, they became inactive as a band in January of 2016 and have remained on hiatus ever since.

All of the former members of the band have pursued projects on their own ever since their disbandment. 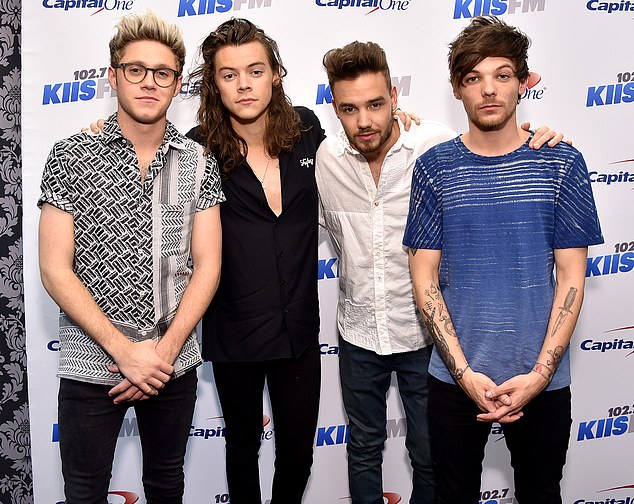 Moving on: One Direction effectively disbanded in 2016 and all of its members have since pursued solo projects; the band (sans original member Zayn Malik) are seen in 2015