Animals have a large variety of emotions. They experience pain and sadness like we humans. The ℓσss of the babies hit them very hard. At times they are unable to bear this ℓσss.

While we can’t always make out what is going in their mind from their barks and moans, but at times their emotions are written all over their face. It is not like that you have to know them very well to know their emotions. 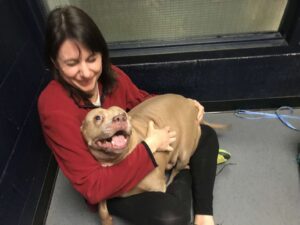 The same happened with Cinnamon, a taupe gray pit bull at the Charlotte Mecklenburg Animal Care & Control Centre. The sad pup was seen by Sarah Sleime who is a volunteer while walking down the halls.

As Sarah was making her rounds when she saw the heartbroken pup sitting on her backside and Cinnamon had tears in her eyes and Sarah knew that the pup was very sad. Sarah also knew that Cinnamon had recently given birth to puppies and there was no sign of puppies which made the dog very depressed.

Moved by the condition of the dog, Sarah posted a video of Cinnamon looking very sad and depressed on her Facebook page which was immediately viewed by over 4.5 million people. Not only this, many kind people around the world showed their interest in adopting Cinnamon.

After going through all the messages, Sarah herself selected Meghan Shelton to be the perfect parent to adopt Cinnamon. Meghan’s family has three kids and another pit bull, Blu. 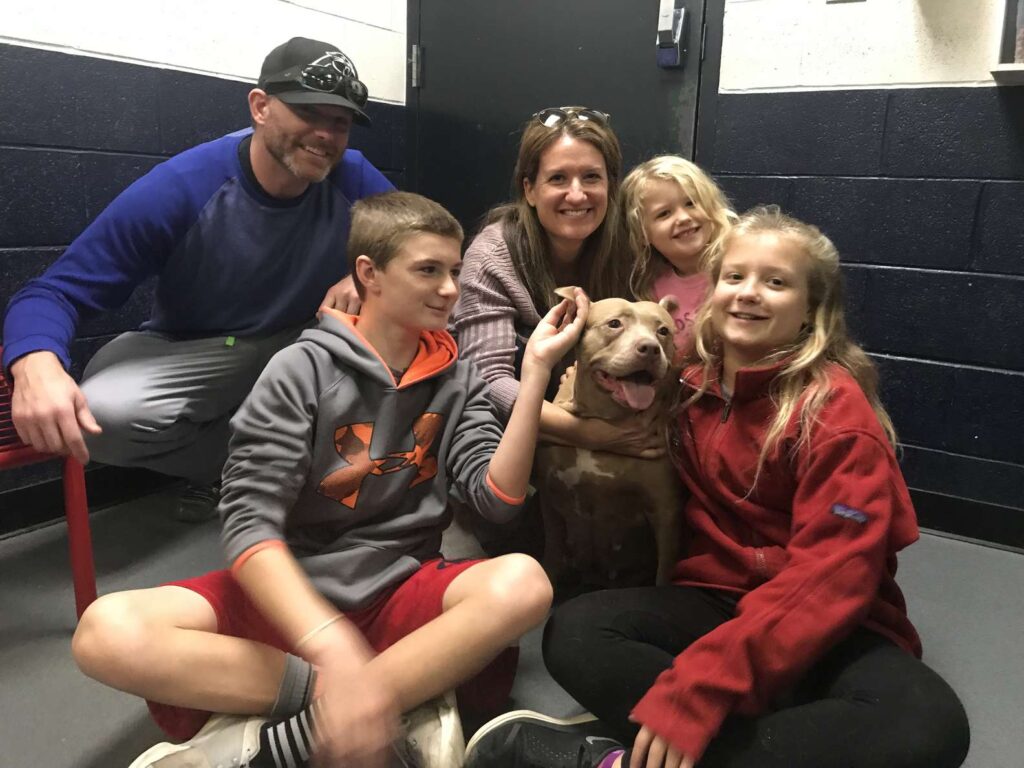 Upon adoption, Cinnamon’s name was changed to Rosie. She got along very well with the family and her brother. Now everything looked perfect but still, Rosie has to encounter some difficulties in order to make it more perfect. After adoption, Meghan found three growths on Rosie’s body and after investigation, it was found that they were tumors.

In order to cure Rosie, Meghan set up a GoFundMe page and was able to raise $ 500 for the surgery. Now everything is perfect for Rosie, she has recovered fully and is surrounded by the people who loved her dearly.