In the city of Sumatra, Indonesia, a mother orangutan was found severely wounded, writes thepetneeds

She had been assaulted with 74 pellets from an airgun. Her baby had died from a lack of food. 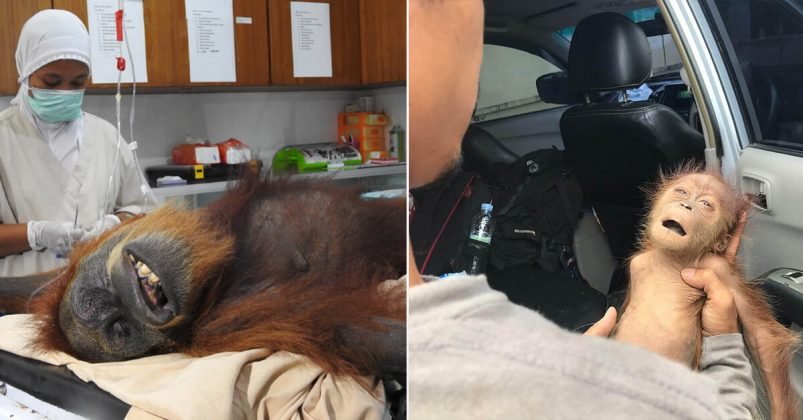 The Orangutan Information Centre (OIC) released information about the incident on their Facebook page.

The 30-year-old orangutan was rescued by the Human Orangutan Conflict Response Unit (HOCRU).

The Conservation of Natural Resources in Jakarta tipped the group off about the orangutan’s location.

HOCRU found the mother orangutan alone in a field of palm oil. 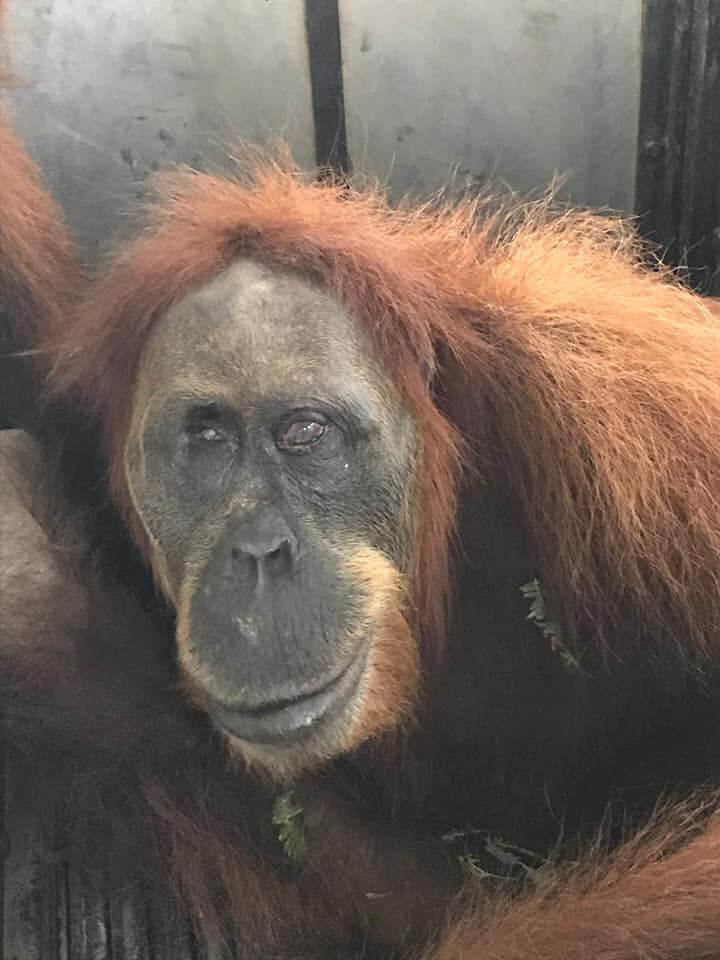 A group of orangutans was chased by workers from the plantation. The baby also sustained injuries from the assault.

During their investigation, some of the workers realized that the mother orangutan was pregnant.

It was clear that the orangutan had been inflicted by objects intended to hurt or kill. Her fingers, legs and arms were covered in injuries.

The rescue team tranquilized the orangutans for easy transport to the medical center.

Unfortunately, the orangutan’s baby died in transit to the medical facility. It died from a combination of malnutrition and sustained injuries. 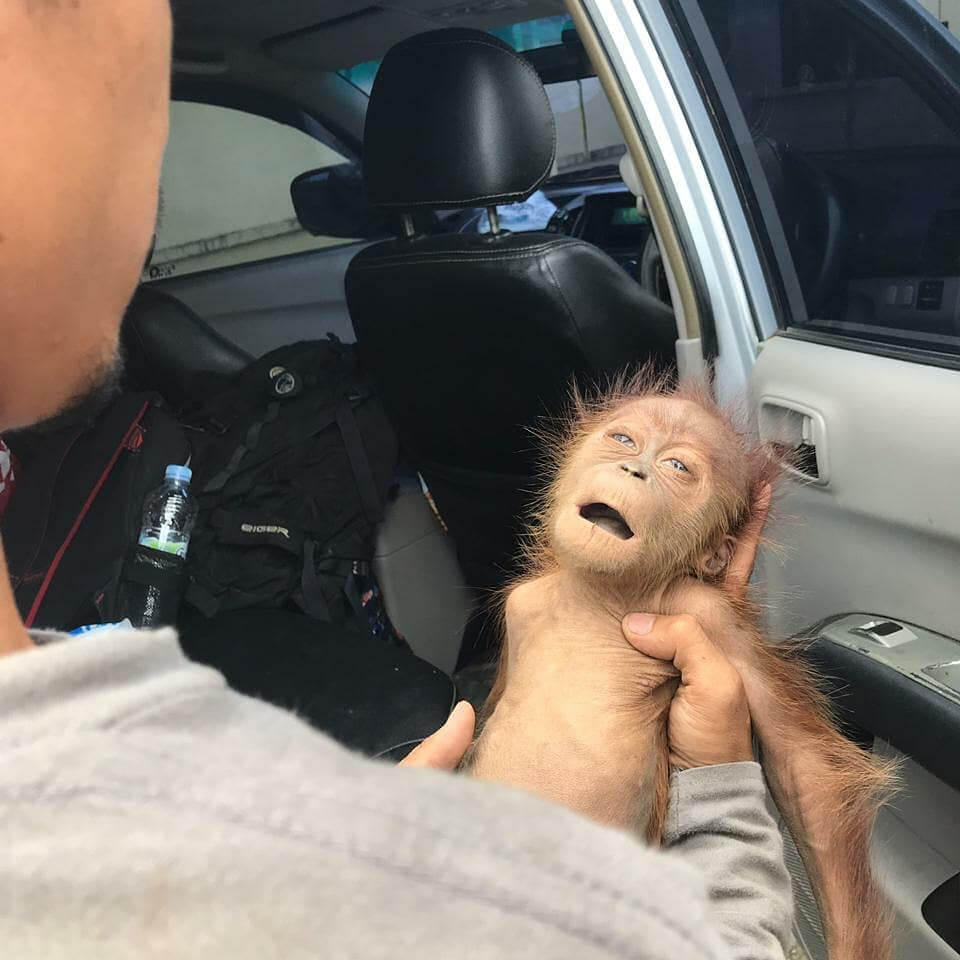 According to one of the veterinarians, the orangutans were being chased by workers of the plantation for about three days.

The mother wasn’t able to feed her child due to the injuries. This explained the baby’s lack of nutrients.

X-rays showed veterinarians the true horror of the mother orangutan’s injuries. She had been sprayed with 74 pellets throughout her body. 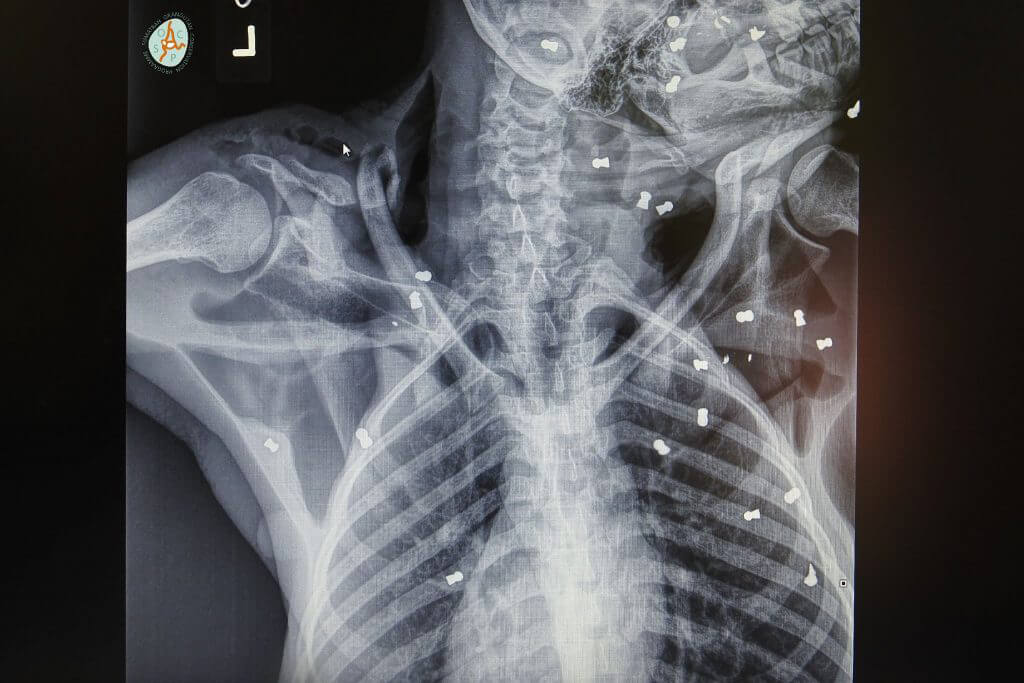 She had fractures on her legs and hands as well.

The orangutan has been treated and is on the way to make a full recovery. She has been named Hope.

According to the SOCP, she will need a long time to recover completely. The orangutan will be receiving mental attention as well.

The population of orangutans in Sumatra has been on the decline in recent years. In fact, the total number left in the wild only hovers around 7,500. 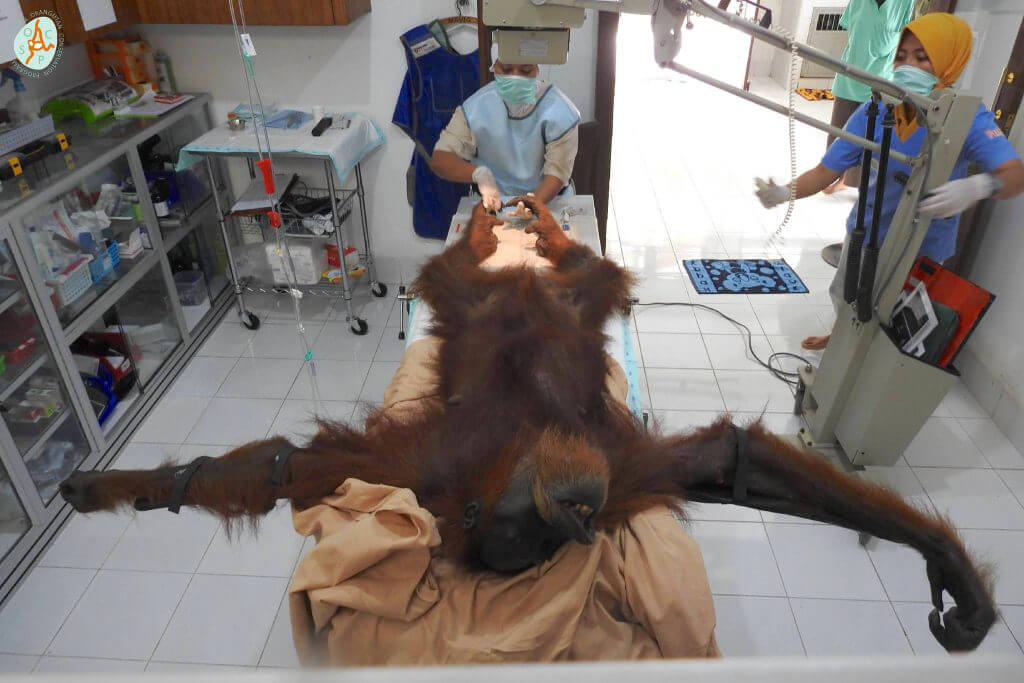 They have been labeled as critically endangered. Their numbers have seen a massive decrease from poaching, habitat loss and the palm oil industry.

Palm oil fields can be found throughout Indonesia as the global demand continues to rise.

Indonesia has successfully established itself as the world-leading provider of this ingredient which can be found in everything from shampoo to packaged bread.

The major corporations behind these plantations say they are taking the severe condition of these animals seriously. When you think of animals in danger of drowning, you likely don’t think of ducks, after all these adorable birds…