On June 21, an online community forum user created a post titled, “At this point, we are starting to become curious about a certain BTS member’s individual income”.

In the post, the forum user uploaded a photo of the registered credited songwriters for BTS’s single “Butter”, and revealed the ‘certain BTS member’ to be RM. 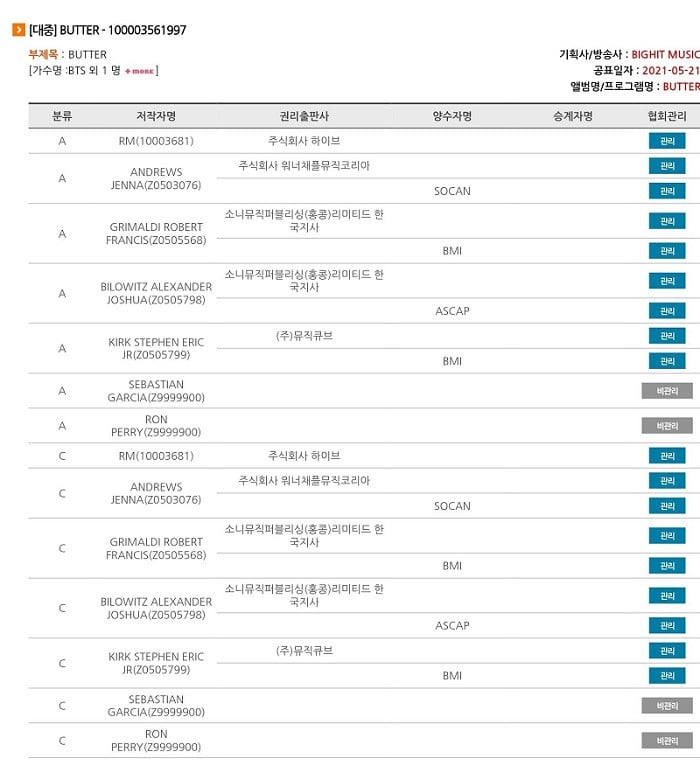 The forum user continued to reveal that as of May 21, 2021, a total of 173 songs have been registered under RM’s name. RM has participated in writing, composing, and producing most of BTS’s songs (in addition to working on external songs for other artists, including TXT, Lil Nas, Younha, Tiger JK, etc.).

In particular, on the Billboard ‘Hot 100’, where it is said that one can live a lifetime just from the profits of one #1 ranked song, “Butter” has achieved #1 for four consecutive weeks and RM is credited as lyricist and singer of this successful song. He was chosen as a finalist lyricist, after submitting his lyrics anonymously.

Regarding his nation-wide achievements, there is a particular song, first released in February 2017, that is consistently ranked on Melon Music‘s annual chart for its fourth consecutive year. This song is BTS’s song “Spring Day”, and RM is credited as the song’s topline melody composer and lyricist.

In addition, RM participated in producing all the tracks of his solo mixtape ‘mono’. With his solo mixtape, RM achieved #1 on iTunes album charts in 121 different regions. 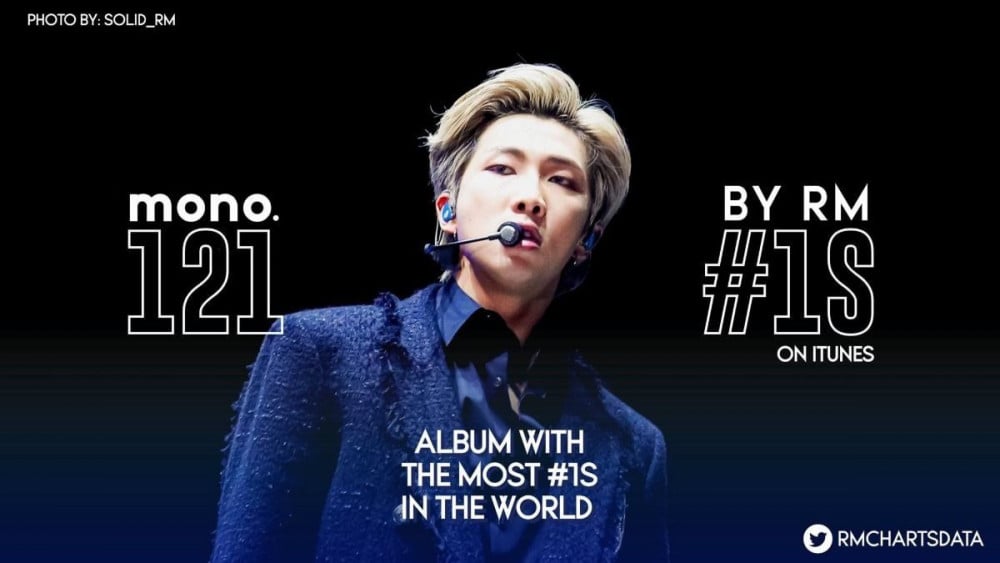 The forum user further brought up that while RM has probably already made a lot of income from his previous successful songs, with the recent success of “Butter”, RM’s copyright profits alone can probably feed up to five generations.

In response, some of the netizens’ comments included:

“Become even more and more successful!”

“The results of Namjoon’s hard work is so amazing TT Going forward, keep walking on the money path!”

“I’m a complete fan of BTS, but I’ve been curious about this too Lol On top of this, Suga too Lolll”

“RM really seems like he will continue to eat well, live well, and become even more successful.”

“I want you to do everything you want and enjoy what you love, living life to the fullest! Namjoon, you are so upright, responsible, and talented, and just one person is helping so many people find happiness. I can’t even recognize how much I love you TT”