Among female K-pop idols, some stand out for their unique sense of fashion in everyday life that shows off their personal styles and charms. There’s this so-called “plain-clothes genius,” which is used to describe those who attract attention even when wearing simple outfits.

During the second generation of K-pop, the representative fashionistas in K-pop were Girls’ Generation Sooyoung, Wonder Girls Sohee, f(x) Krystal, and T-ara Hyomin. These female idols are still loved by many for their distinguished styles.

On June 3, Hankook Ilboo enumerated the female K-pop idols in the third and fourth generations who flaunt various styles, from the hip and trendy to feminine and chic, and never fail to catch the attention of the public with their OOTD (outfit of the day). 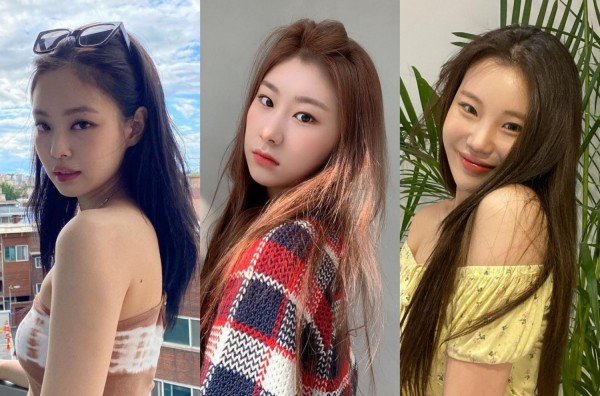 If we are to pick the hottest fashion icon in the entertainment industry these days, many people would pick BLACKPINK Jennie.

Since her debut in 2016, Jennie has been drawing attention for her cat-like attractive visuals, perfect body shape, and fashion sense that have been her assets in the K-pop scene. 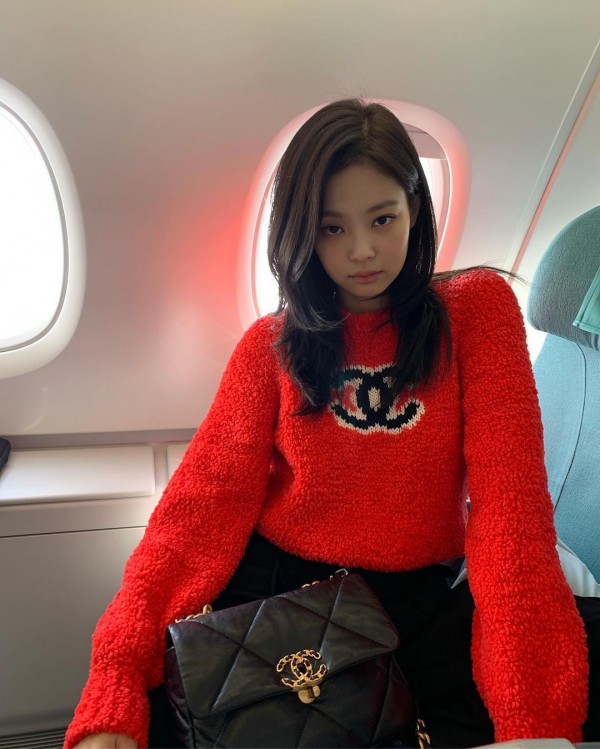 BLACKPINK member Jennie typically shows off her trendy look that involves the use of luxury brand items. As a global ambassador for Chanel, a well-known French luxury fashion house, the “SOLO” singer has established her own style by mixing and matching a variety of high-end clothes, focusing on a classic style.

BLACKPINK Jennie is known for her hip style that matches the current fashion trend without being excessive, even though her look always comes with luxury items costing millions of won.

Lee Chaeryeong from the fourth-generation group ITZY has earned the title of “plain-clothes genius” for her feminine and chic look that is mostly based on a basic style, exuding her own aura.

ITZY Chaeryeong mainly represents styles that show maturity while she enjoys fashion that can be a reference to a wide range of age groups, from college students to office workers. 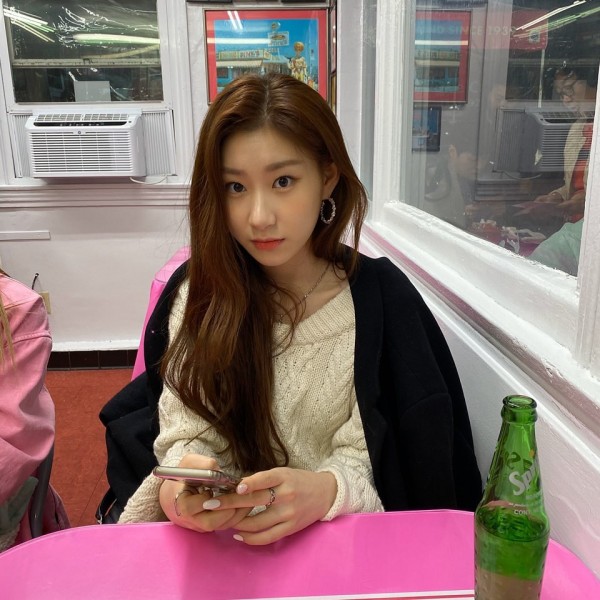 The “Not Shy” singer appears to complete her styling with over-fit jackets, coats, and knitted cardigans. She also makes use of twill or scarf that are also the main points of her OOTD.

In addition to clothes, Chaeryeong’s long hair makes her daily look more attractive as she can flaunt various hairstyles like ponytails, loose buns, or straight hair.

MOMOLAND’s lead vocalist JooE is recognized for her trendy yet hip style. She shows off her unique style with the use of bold colors and intricate details.

JooE is mostly seen wearing skirts with graphic designs, knitted cardigans, tank tops, and loose pants. In an interview, the “BBoom BBoom” singer shared that she wears outfits where her eyes first land on. 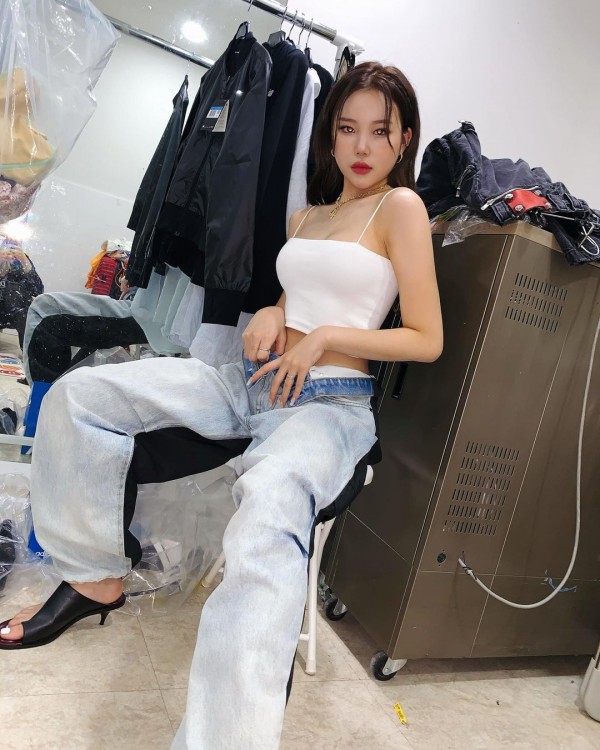 Last year, MOMOLAND JooE made headlines after posting a photo of her wearing a white crop t-shirt, which is considered to be her “most legendary picture so far.”

Weki Meki Doyeon captivates people with her clean and chic look, which becomes more mesmerizing with her model-like physique. Her daily fashion is said to be comparable to Girls’ Generation Sooyoung. 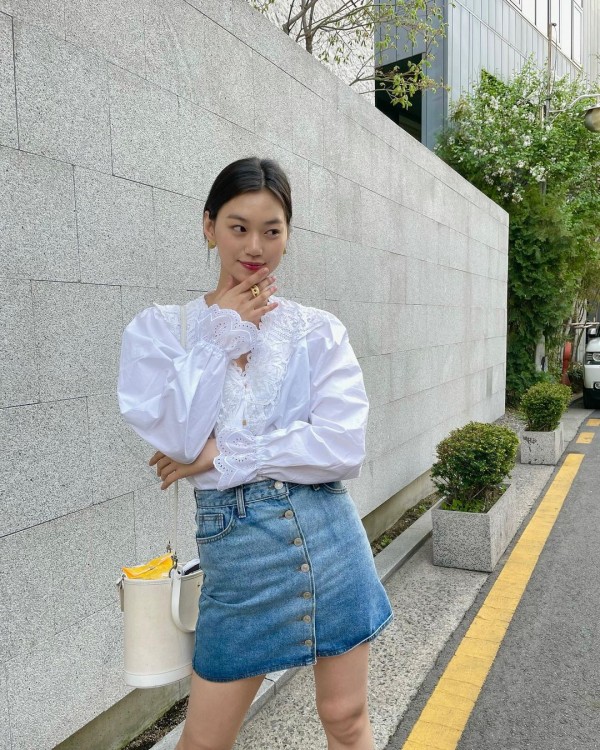 However, while Sooyoung shows a slightly moody look using luxury items, Kim Doyeon enjoys a simple and natural look that can be easily imitated by various age groups from the 20s to 30s. In particular, the “La La La” singer mixes and matches items of basic style rather than vivid colors and complex details, such as coats, jackets, shirts, and jeans.