DJ Abby, 30, announced the birth of Zion Mixolydian and Zillion Heir Cannon on Wednesday, by sharing a brief video cradling their two babies in the hospital.

The birth of the twins marks the arrival of the TV personality’s second and third children in just six months, and the now-father of six is expecting his seventh baby with model Alyssa Scott. 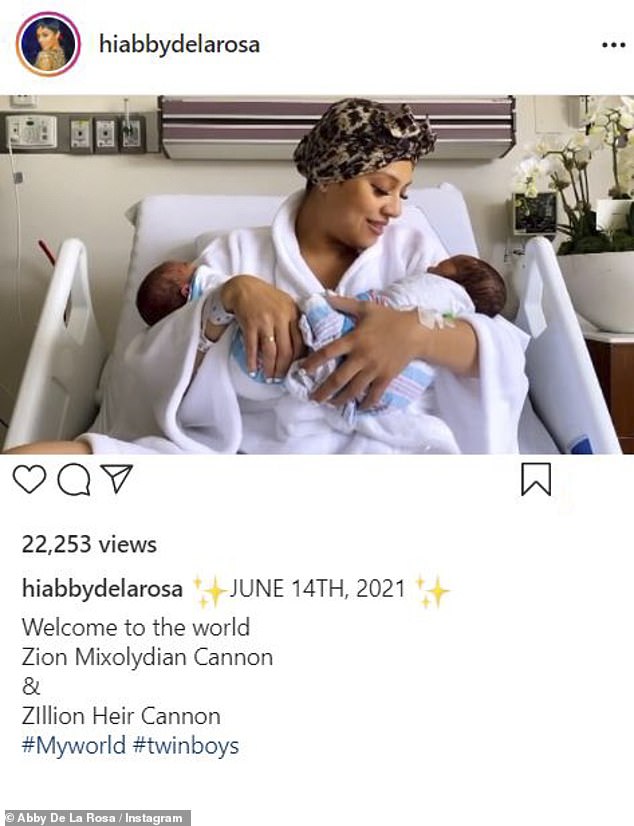 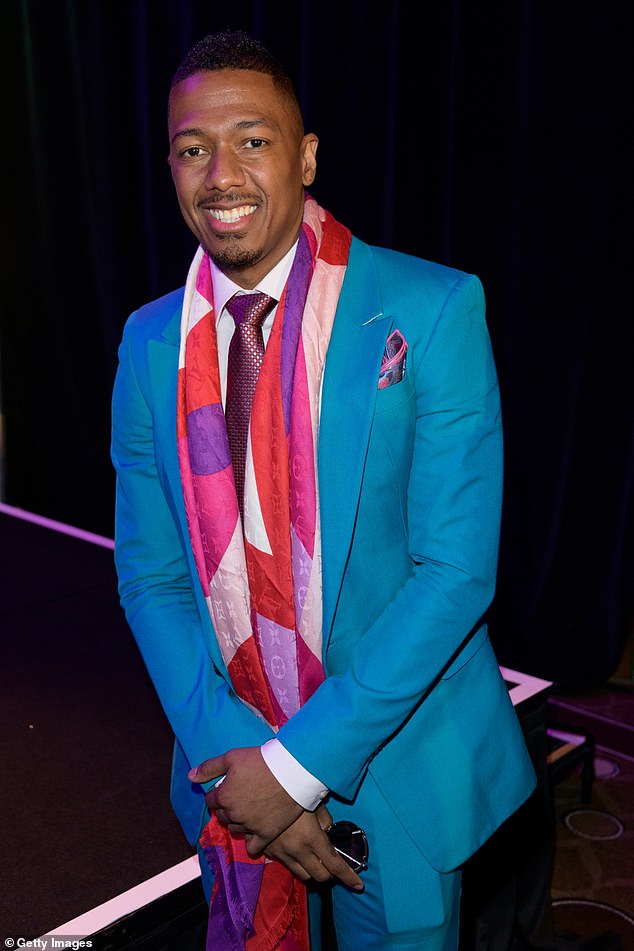 Abby, 30, welcomed her babies into the world with an Instagram post and used the hashtags: ‘My world’ and ‘twin boys.’

She was seen wearing a robe and a leopard head wrap while sitting in her hospital bed, as she lovingly looked down at her two little ones which were swaddled in blankets.

Abby also shared a close up snap of the baby’s hands as she wrote: Zion & Zilly, and naturally received congratulations from friends and family as well.

The Masked Singer host has yet to announced anything on his social media and never publicly commented on her pregnancy. 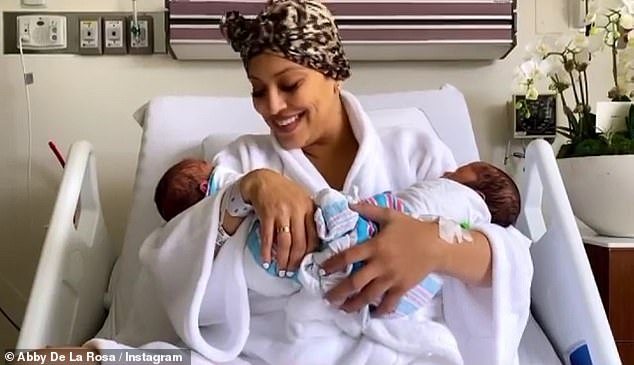 New mom: In the brief video the DJ cradled her two boys Zion and Zilly in the hospital 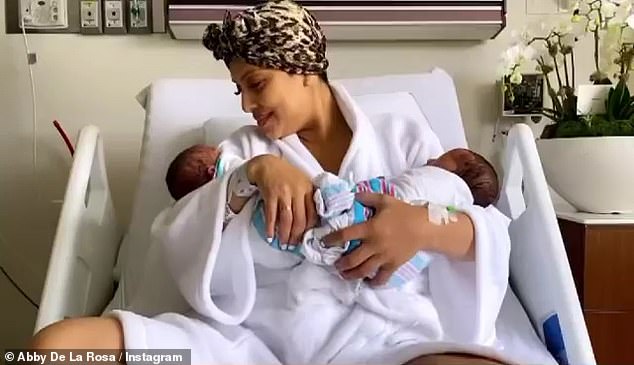 Look of love: She rocked them and cooed at the babies who were swaddled in blankets 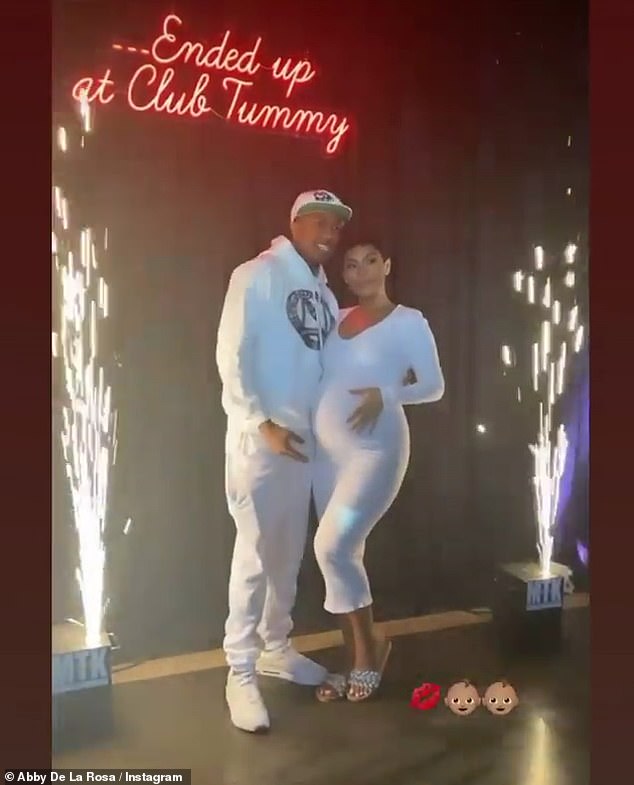 The arrival of their boys comes just three months after they revealed they were expecting.

In a now-deleted post she wrote: ‘Our dearest sons-my miracle babies, Thank you for choosing me to be your Mommy,’ before adding: ‘we can’t wait to meet you both.’

As a push present he surprised her with a brand new BMW, and they held her baby shower at Yamashiro Hollywood where the theme was ‘Club Tummy.’

Cannon also welcomed a daughter by the name of Powerful Queen, six months,  back in late December with ex Brittany Bell, and the pair also share a son named Golden who is three-years-old. 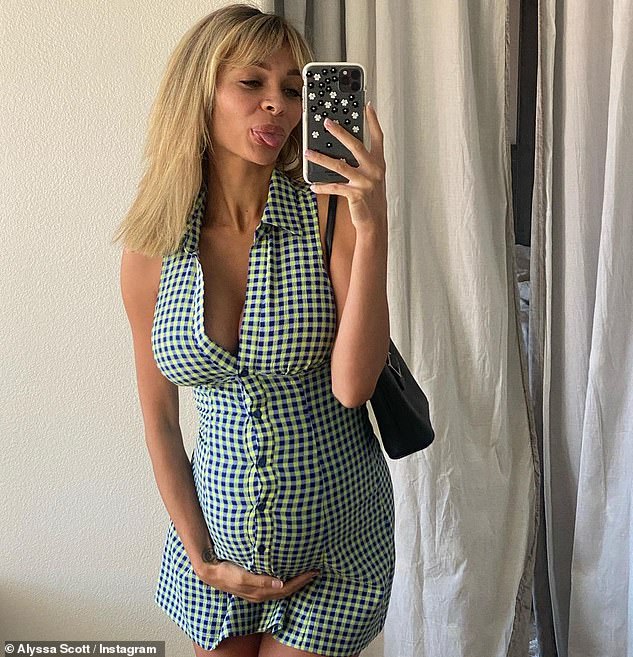 Seventh baby: The model revealed she was expecting a son named Zen with Cannon back in May 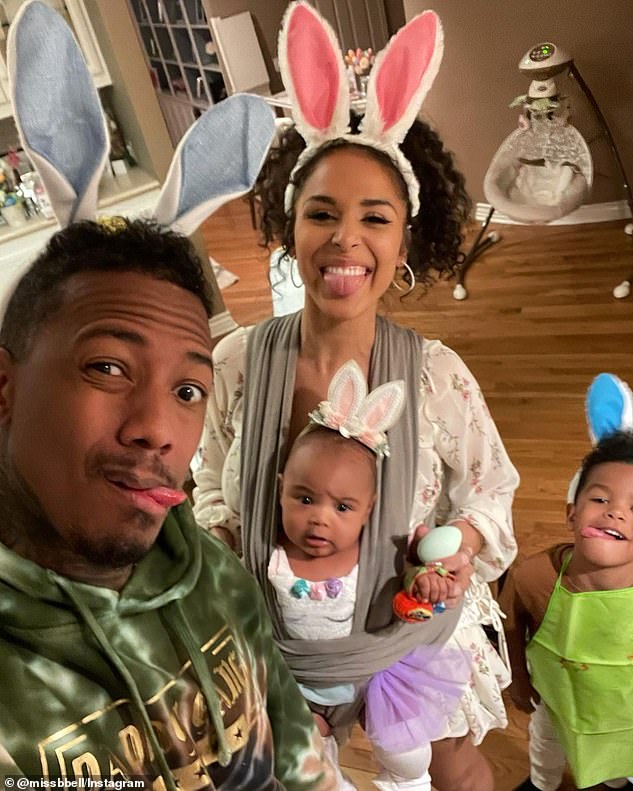 Ex-files: And Cannon also welcomed a daughter back in December with Bell, the pair also sharing a son together

In May it was additionally revealed that he was set to father his seventh child with model Alyssa Scott who revealed she will name their son Zen.

And as Nick also never commented on that pregnancy, a seemingly scorned Scott called him a ‘player’ on Instagram.

Nick Cannon reveals on Access his children fear the police 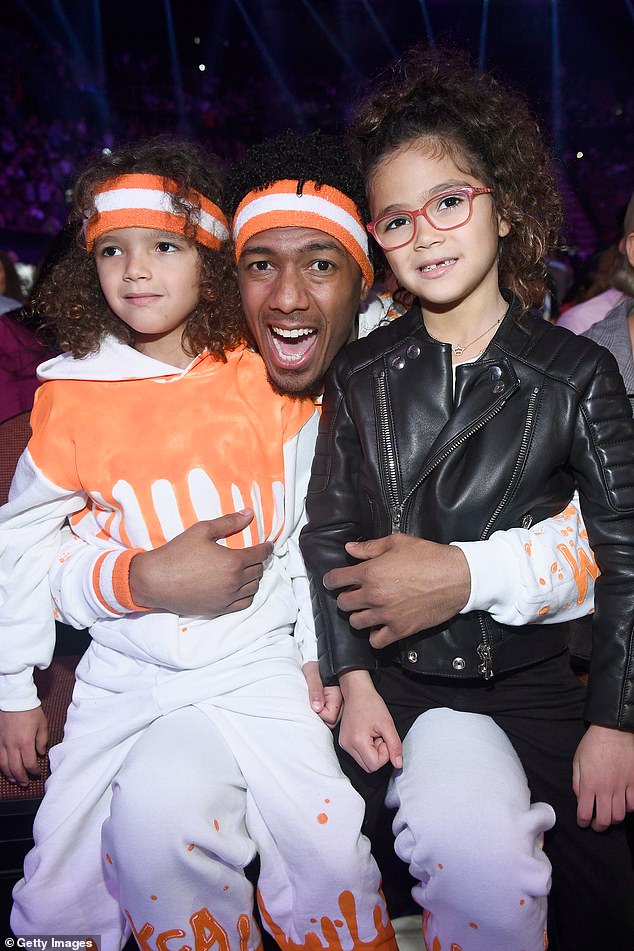