All dogs are special. We are so blessed to have them in our lives. Sometimes, however, a dog comes along where their innate senses go beyond the average dog. 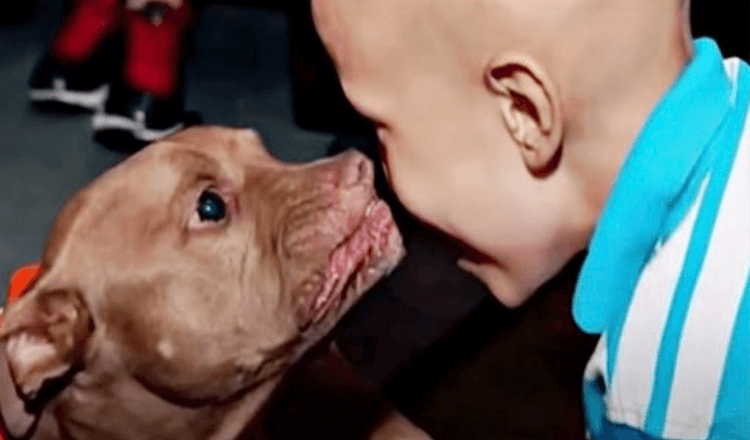 This story is about one special pup named Aladdin. Aladdin is a Pit Bull with a sad past. He was badly neglected. When he was placed in a kill shelter, he had been starved. He had severe orthopedic issues and he was missing 12 teeth. 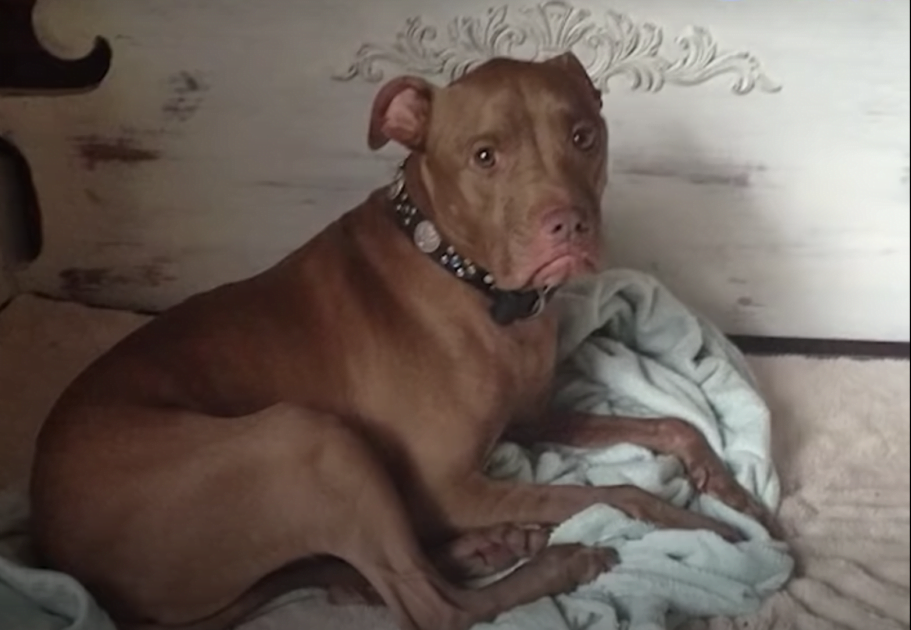 The sweet Pit Bull cannot bend his back legs. He sits, lays and walks in a unique way to compensate for his issues. Thankfully, his future mom, Michele, saw him at the kill shelter and it was love at first sight! She explains in the video below, that despite all he had been through and his obvious discomfort, he wagged his tail as soon as they laid eyes on each other! 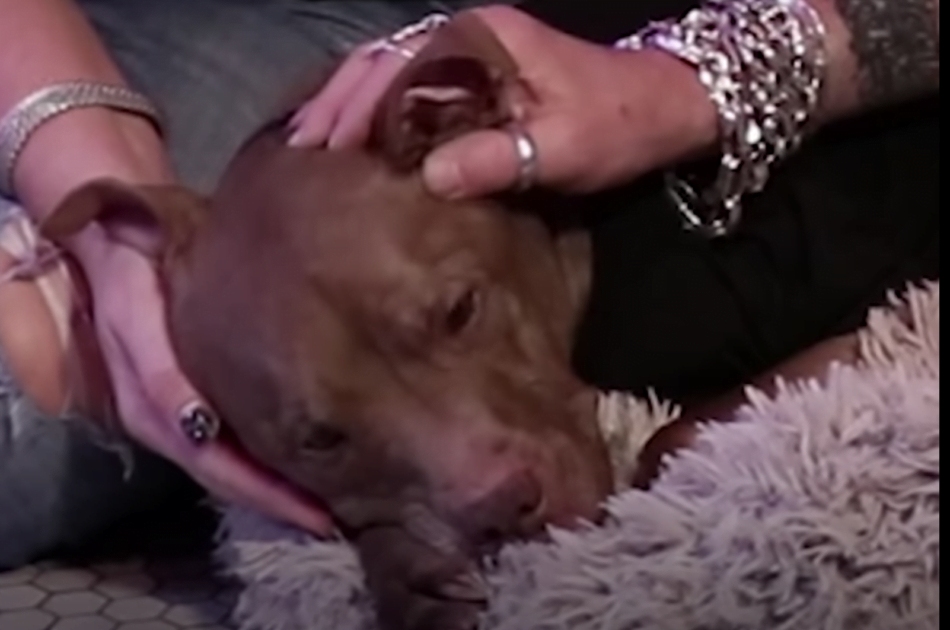 Within a year of adopting Aladdin, he became a certified therapy dog. This was because Aladdin could connect with people in a special way. He especially loves kids. The room can be jammed with people but somehow Aladdin will make his way over to the person who needs his attention most. No one can explain it for sure, but it just seems he can sense their emotional pain. Maybe it’s because of his past. Maybe it’s because he is still in pain himself from his deformed legs. 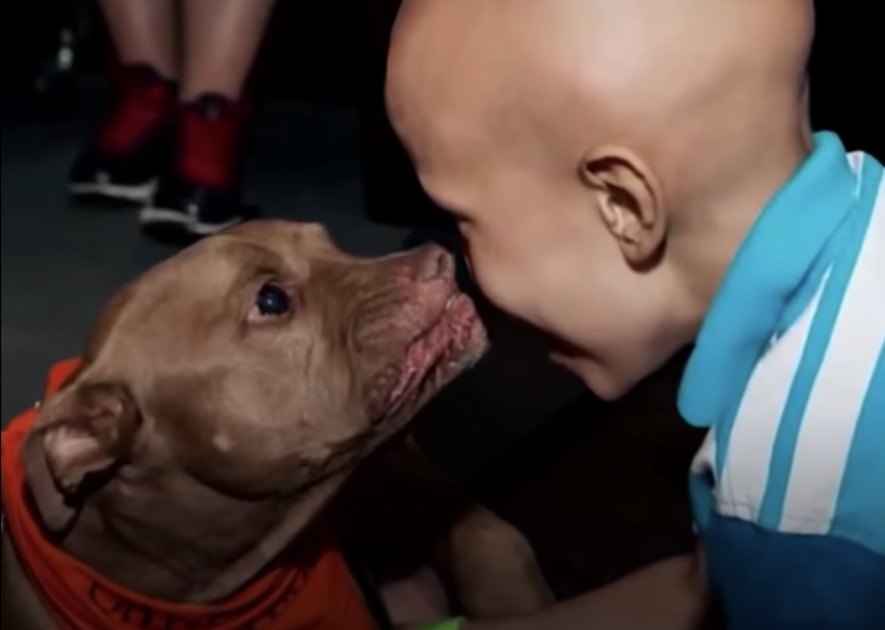 Aladdin was at the scene after the Orlando nightclub shootings. He made his way through the crowd and went straight over to a man. The crowd was huge and no one knew for sure who was inside the club or standing nearby for support. But Aladdin did! He made a beeline for one man that said: “This dog looked at me and knew I needed him.” It turned out that he was inside the club and Aladdin knew that this kind man needed to feel safe. It was such a touching moment. 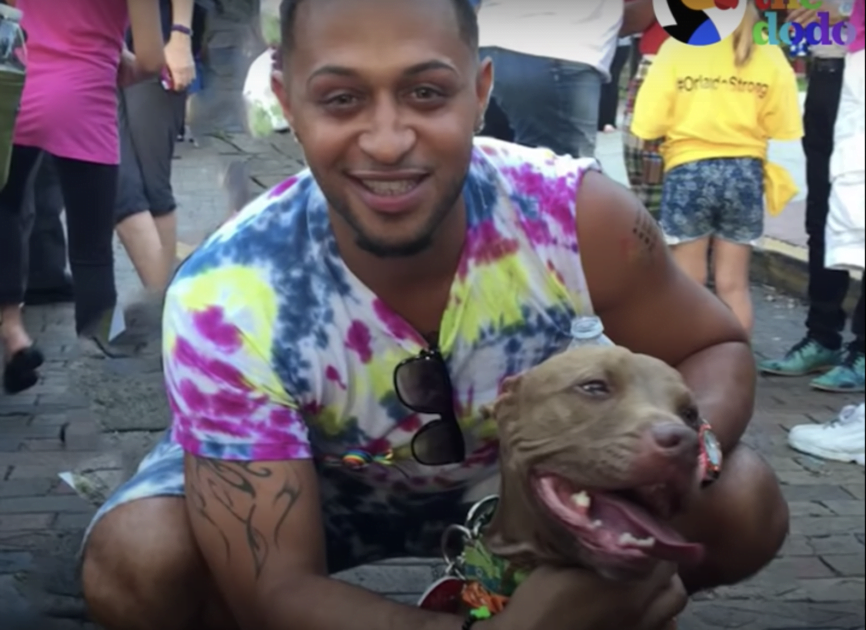 This amazing pup doesn’t just help people, he also comforts dogs that have suffered from animal abuse and trauma. But despite all Aladdin does for dogs and people, he still has to deal with the breed stereotype. His mom knows firsthand how tough it can be. Kids will flock over to pet Aladdin but as soon as some of the parents ask what type of dog he is and hear he’s a Pit Bull, they’ll pull their kids away from him. Aladdin’s mom Michele is doing all she can to change that! Even if she has to dress him up to make him more approachable, she has a fun time doing it! 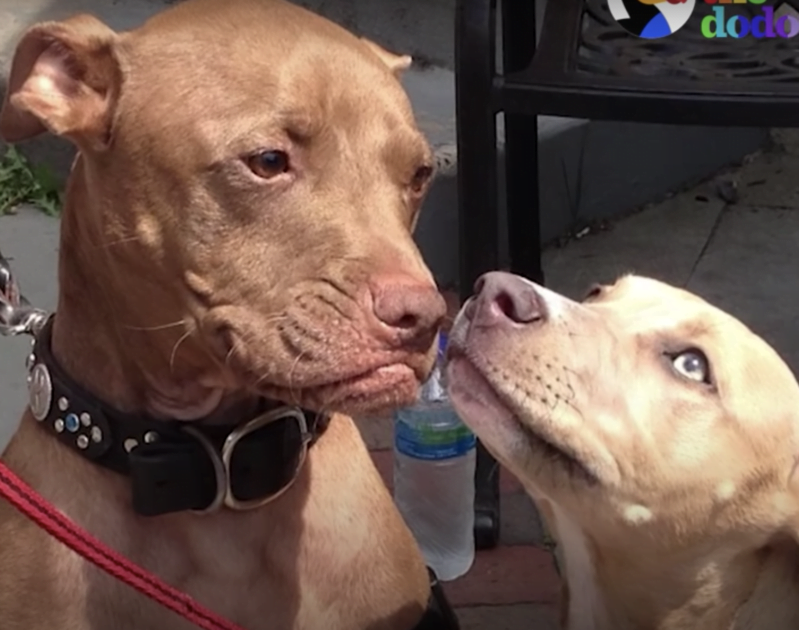 Aladdin is also an award winner. He won ‘Therapy Dog of The Year’ by the American Humane Association. This was a turning point for Aladdin. A gentleman who was in the audience at the award dinner came up to Michele and said he will perform surgery on Aladdin for free. The vet knew he could relieve most of his orthopedic pain. How incredible is that?! 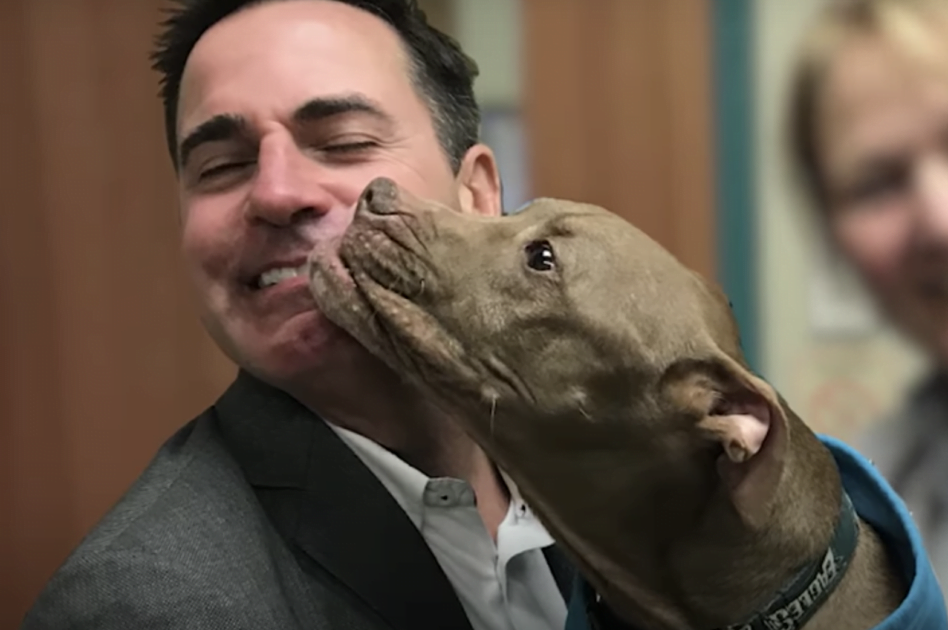 Aladdin’s story continues and we promise it only gets better. We are blown away by this dog and his incredible connection to people and other pups who need him most. Don’t cheat yourself by missing out on the video below. It’s truly inspiring. We hope Pit Bulls like Aladdin receive fair recognition. 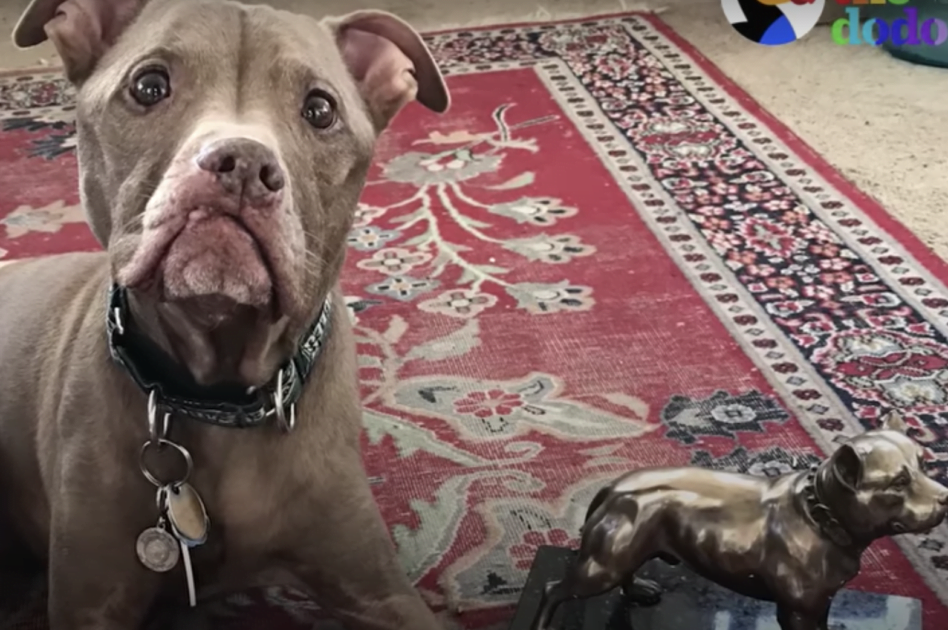 Every dog is special and should never be judged as a whole by breed stereotype! If you support dogs like Aladdin, and love Pit Bulls too, make sure you watch the video and then share his special story!