The love of the dog could be the best thing in the world and they have proved to be great companions in times of need especially when we are feeling low.

Even Queen Elizabeth who is regarded as the most famous and powerful person in the world finds solace in her dogs when she is feeling low. Queen who is known for her dog love has had royal Corgis throughout her life.

The Corgis are very special to Elizabeth as she got first in 1933 when her father, George 6th brought home a dog named Dookie. The Queen remained proud parents to over 30 dogs, which have been a part of life in Buckingham Palace for decades. 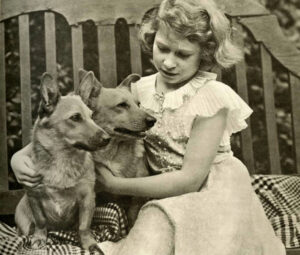 Recently as the Queen experienced some rough times due to the demise of her husband Prince Philip in April and also the sudden passing away of one of her other dogs, Fergus.

The puppy was actually given to her by her son Prince Andrew and his daughters, Beatrice and Eugenie. The name of the puppy is yet not revealed but he is a six-week-old male.

The puppy was actually a gift given to her in honor of her ‘Official Birthday’ and it also coincided with late Prince Philip’s 100th birthday. The death of Prince Philip in April left a deep void in her life and it was a devastating ℓσss for her. So she turned to her dogs for some comfort.

Though Queen was not in favor of having any new Corgis due to her age yet she received two dogs as gifts when Philip was in the hospital. 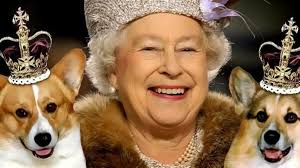 Unfortunately, the dogs meant to bring happiness and joy led to more sadness as one of the dogs, a dachshund-corgi named Fergus, died suddenly at just five months old, making the Queen extremely sad.

As the Queen experienced these heavy losses and even there was some rift in the royal family, so it was clear that the Queen required a comfort dog now. The new addition to her dog family will join her puppy Muick and her old dog Candy.

We are happy that the Queen got her Corgis to bring her joy and comfort in these hard times. Congratulations on having a new dog.