Laganja exclusively tells EW: “If anyone is struggling with this, breathe and accept it, because once you do, it’s incredibly empowering!” 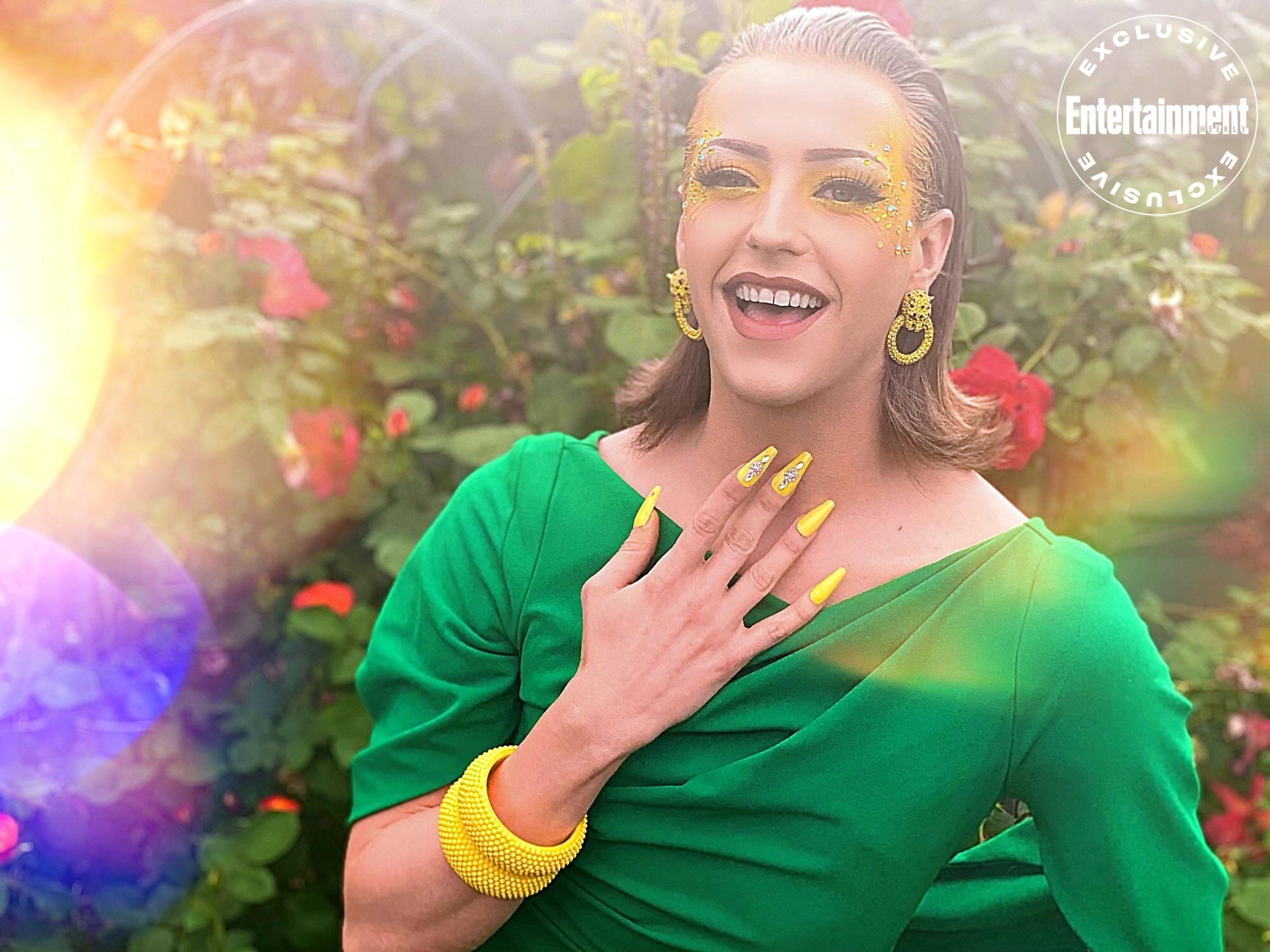 RuPaul’s Drag Race legend Laganja Estranja is chassé-ing into a new chapter of her life as an out, proud trans woman.

“There are so many other women around me who’ve inspired me to come forward today, and it’s because of their fight and their struggle that I’m able to really do this and say that I’m nervous, but I’m not scared,” the 32-year-old recording artist and cannabis activist exclusively reveals to EW. “I’m not going to live my life in fear anymore.”

Estranja says after “presenting as female for the last 10 years” as a drag performer, she eased into her identity while on the stage in a way that “made it more explainable to the masses,” but, in 2021, she’s living her truth for one person only: Herself.

“I do want to be able to express this at all times,” she continues. “I just got my haircut – a very feminine cut – and in one week already, my life has changed. I’m able to come off stage and take my makeup off and still see a beautiful woman in the mirror. It’s powerful.”

The Texas native, who rose to prominence thanks to her flamboyant personality on season 6 of RuPaul’s Drag Race in 2014, says she came out to her “incredibly supportive” family one week ago, but has been “comfortably, fully committing” to who she is as a trans woman among her inner circle for one year, after previously revealing her truth to friends on her birthday in 2020. 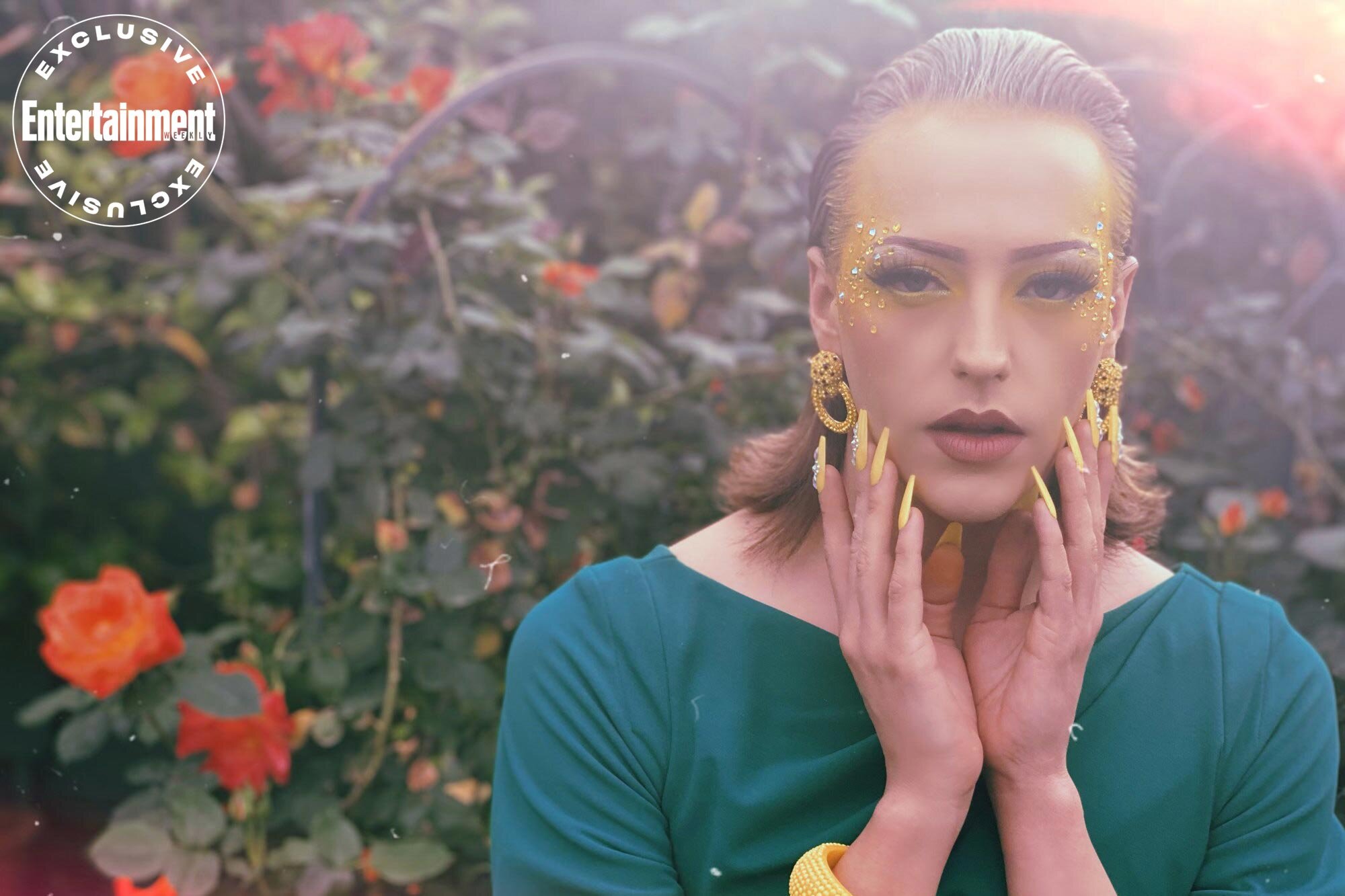 Laganja Estranja feels ‘beautiful’ as an out trans woman.

Without a prompt, she volunteers information about her physical transformation, stressing that it’s important for her to highlight this part of her story – which involves deliberately coming out before beginning hormone therapy – to emphasize that no one’s transition is the same, and that everyone deserves the space, time, and love to come out on their own terms, at any age, and at any physical point on their personal trajectory.

“That will come,” she says, later explaining: “Glam doesn’t make you a woman; it makes you a woman to people outside, in the world…. gender is performative, and what we wear is an extension of what we feel on the inside. That’s the real truth here: once this is out and once people know, I’m going to be more free to explore what it means to be a woman on the inside. The dressing part? I’ve got it down, but that’s not what makes you a woman.”

For Estranja, getting to a place of comfort took time. She says she first told others she was nonbinary as both an easing-in for her and those around her, because she often felt trapped by the pressure to fit into the constraints of constructed gender.

“People think that when you’re trans that you’ve wanted to be a girl your whole life; yes, that’s partly true [for me], but it’s also true that I’ve wanted to be male my whole life to fit into what society deems as normal,” she explains. “But, that isn’t my truth, and I’m daring to take this on. I tried to be male and be in-between and nonbinary. The truth is I’m a feminine entity and I can live this life.”

Still, her transition will be an ode to the person that laid the foundation for this moment over the last three decades of life. She doesn’t plan to change her drag name or her birth name; she’ll still perform as Laganja Estranja, and go by Jay among those closest to her, so she feels like she’s “not turning [her] back on” the bricks that built the woman she is today – many of which, she reveals, came to her in unexpected ways, like the time she remembers feeling her natural hair growing long enough to touch her neck for the first time last year, when the global pandemic interrupted her regular two-week haircut schedule.

She shares that something as simple as performing drag with her natural hair versus a wig has drawn criticism from cis members of the community in the past – something that’s “not fair,” though she’s prepared herself for it by watching her Drag Race season 6 castmate and close friend, Gia Gunn, while the pair lived together.

“I feel blessed to have had that experience. Our transitions are different and will manifest in different ways, but it was so incredible to see someone live their truth and to be happy,” says Estranja, who joins past Drag Race contestants like Gunn, Gottmik, Peppermint, Kylie Sonique Love, Jiggly Caliente, and Carmen Carrera, among others, who’ve come out either before, during, or after their time on the show.

“I’m so thankful that Gia didn’t push me and has allowed me to take my time,” Estranja says. “Of course she’s encouraged me. From day one when we met, she was like, ‘Oh honey, you’re a woman!’ She’s known longer than I have!”

She continues of Gunn: “She allowed me to take my time and continued to be supportive…. by physically seeing her change and the fact that she’s been able to live a happy life and have lovers and have boyfriends – all the things trans women, I think, worry about when they came out – gave me hope and encouragement.”

But, for more than just herself, Estranja feels it’s her responsibility to come out on a public platform during Pride month to help facilitate the journey for others who might be conflicted over their identities.

“Being a drag queen in itself is inherently political and being trans is even more so. As more people like Elliot Page coming forward as trans, like Demi Lovato coming forward as nonbinary, the more the landscape can change, and the more that people have to accept the truth. Gender is a construct, and we’re all tearing it apart,” she says, noting that she’s partnering with the organization FOLX to help provide healthcare to other trans people.

“I’m going to be part of a wave of change,” she finishes, hoping that she can now use her voice to affect change both socially and politically – especially in a year where a record number of anti-trans bills have been introduced around the country. “I’m so happy. I feel so beautiful and empowered, and, finally, I’m looking back at who I am in the mirror, and it’s such an incredible feeling. If anyone is struggling with it, breathe and accept it, because once you do, it’s incredibly empowering.”