Cats belong to the same family as tigers, so it is no surprise that many cat breeds are extremely proud, independent and aggressive somehow. Sheep, on contrary, are mostly known as meek and timid animals who tend to lack essential self-defense skills in front of predators. People often like sheep because they are gentle, sweet and obedient. However, some sheep are just not born to be like the rest.

It starts as a nice day for this black cat as his owner takes him out for a tour in the sheep barn of the family. As an obviously spoiled cat, he stands on the edge of the sheep’s pen, looking down on these woolly creatures like a real king, walking around nonchalantly, sometimes slapping one or two guys if he’s in the mood. 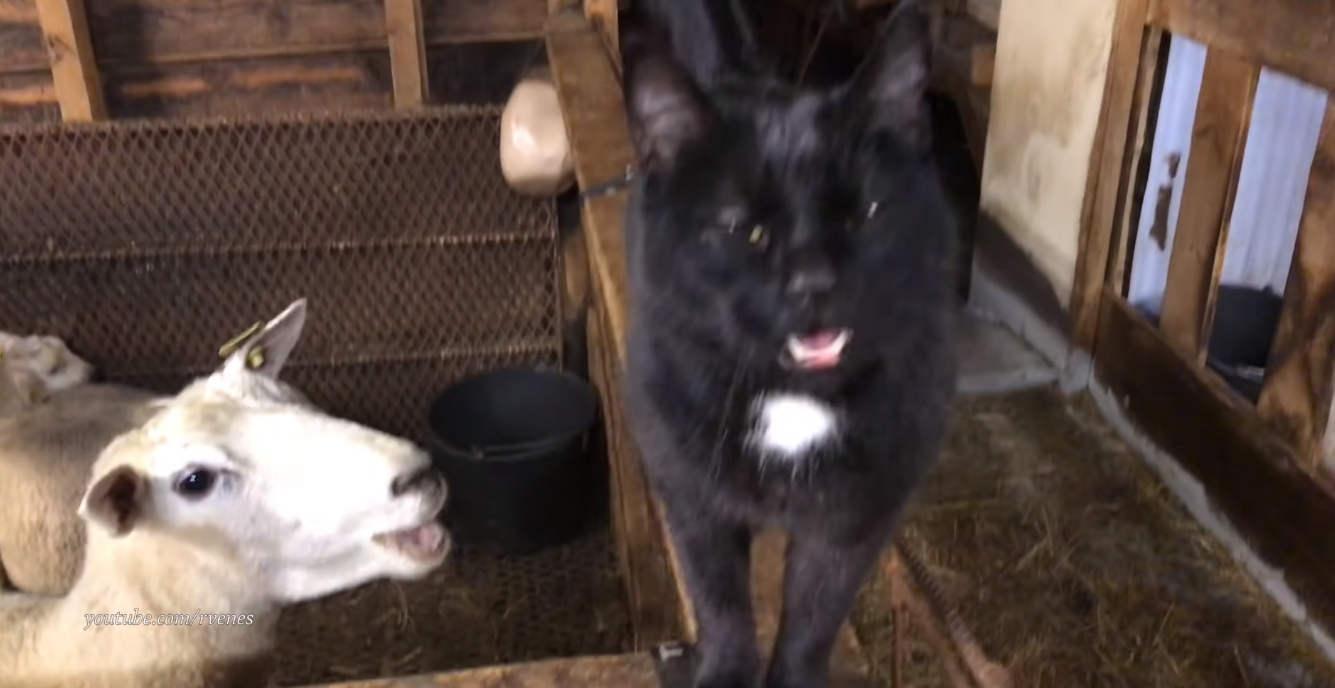 As his parade goes on, the cat stumbles upon a worthy opponent who is staring at him and sniffing him curiously. The arrogant kitty immediately chooses to pick up a fight with this sheep, and he starts off quite fiercely and scarily. 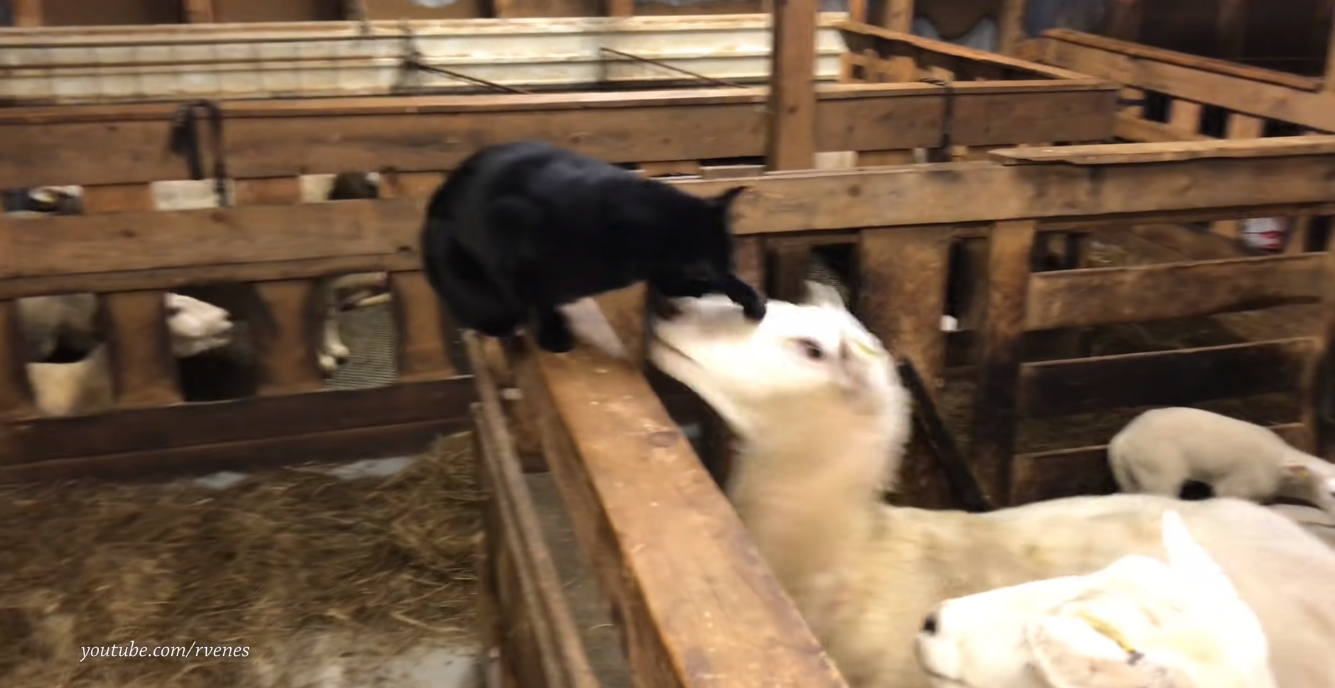 However, after being smacked continuously several times, the sheep simply can’t take it anymore – cause you know, even a worm will turn. He suddenly rises up and ends the battle nicely with a swift, smooth headbutt. Knock-out. 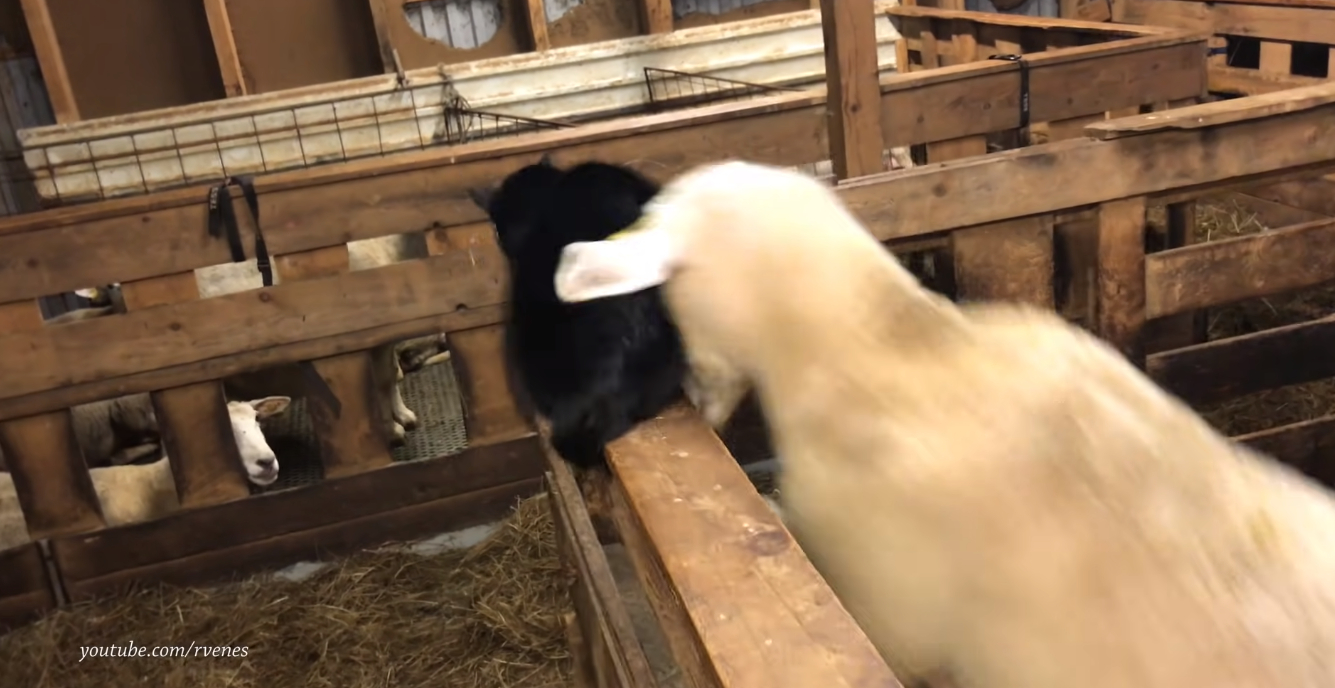 The cat is shocked of course, he clearly did not see it coming. The poor boy rapidly runs away and disappears in the blink of an eye after being hit. And relax, his owner has claimed that none of them is hurt.

Let’s take a look at the hilarious conflict:

Which side are you on? Do you feel bad for the cat or do you think he gets exactly what he is asking for? Please share your opinion with us, and don’t forget to share this humorous video with your friends and family too!

It is no secret that cats sometimes manage to get themselves into some pretty tricky situations, and often those same…

You probably don’t need to be reminded of this little fun fact but cats sleep a lot. Some cats may sleep…