Travis Scott received the Parsons Benefit award on Tuesday night (June 15), but Kylie Jenner reportedly received a lot of “love” from him during his acceptance speech.

Scott, Jenner and their 3-year-old daughter, Stormi, attended the 72nd annual Parsons Benefit hosted by The New School in New York. And while on the red carpet, the duo looked cozy, with their little girl joining them for some photos. The Houston rapper was honored at the event for his contributions to design, retail, entrepreneurship, the arts, sustainability, and social justice. While closing out his speech, Scott shouted out his family by saying, “Stormi, I love you, and wifey, I love you,” according to E! News.

The A-list couple officially split in late 2019 after nearly two years together. And while they haven’t officially confirmed they’re back together — especially after Jenner explicitly denied rumors about an open relationship on Twitter — the “wifey” speech and cuddly shots from their first joint red carpet appearance since 2019 for his Netflix documentary Travis Scott: Look Mom I Can Fly  have fans’ hearts fluttering at the sight of the “Butterfly Effect” rapper and the billionaire makeup mogul. 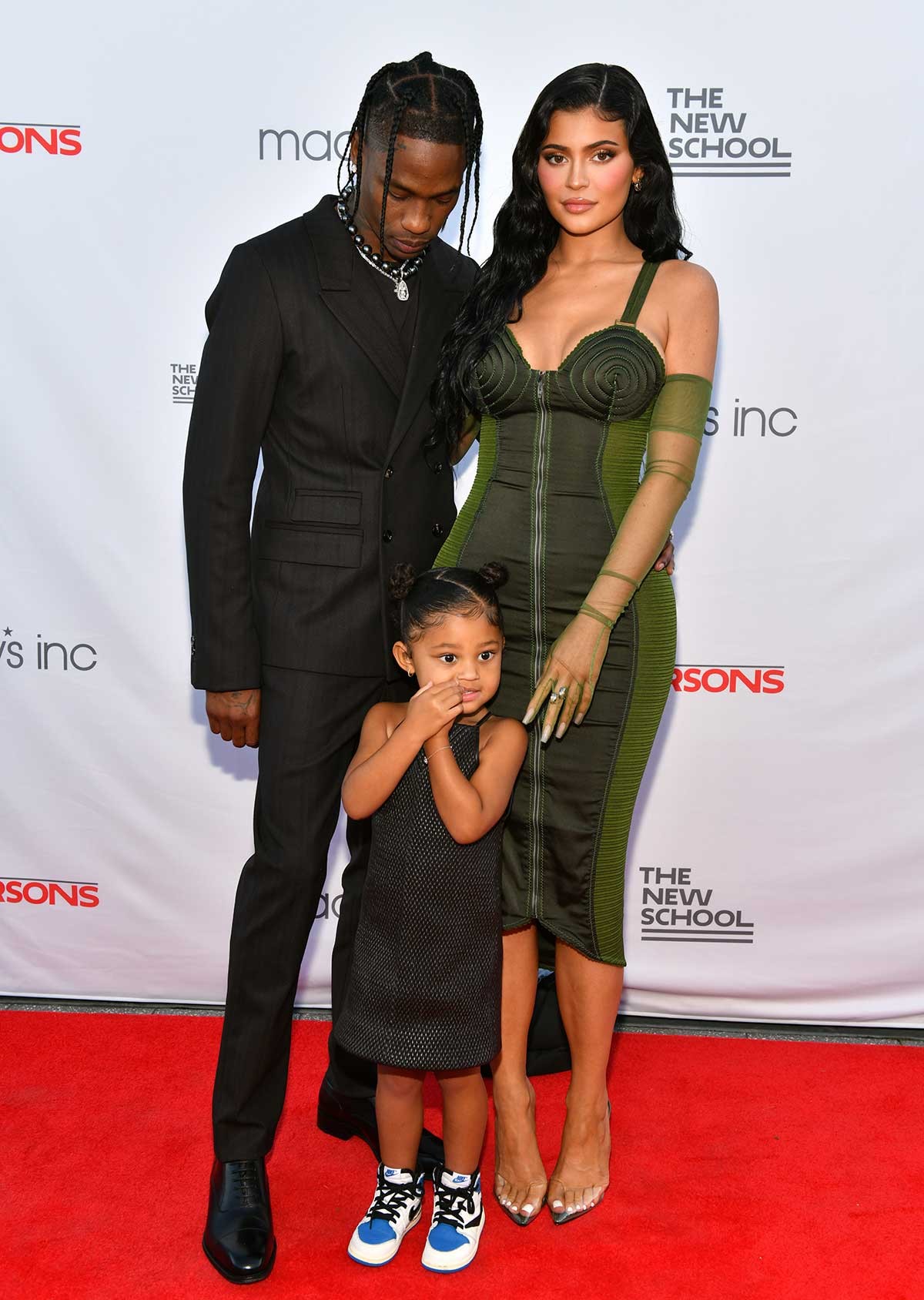 They’re praying for love between the two, even wondering if they should pick up the phone and hit up their own exes, and wishing for the duo to have a second baby so Stormi can have a sibling.